Most of us know that celebrities will often
color their hair to change up their image and actresses in particular
color their hair a lot for a part in a movie. But what’s funny is
that most of us rarely think about what their natural hair color
really is. We just imagine them with the hair color and style that
they wear most often. But let’s dive and take a look at what many
of our favourite celebs look like with their natural hair color.

When
you think of Nicole Kidman you probably imagine her blonde and with
long straight hair. But actually, Nicole’s natural hair color has
more of a reddish tint to it and it used to be super curly, we’re
talking super tight ringlets. But she’s colored and straightened it
so much over the years that it seems like her curls will never come
back. She even admitted in interviews that back in the day people
would always say her ringlets were beautiful but she never believed
them and now she regrets it. 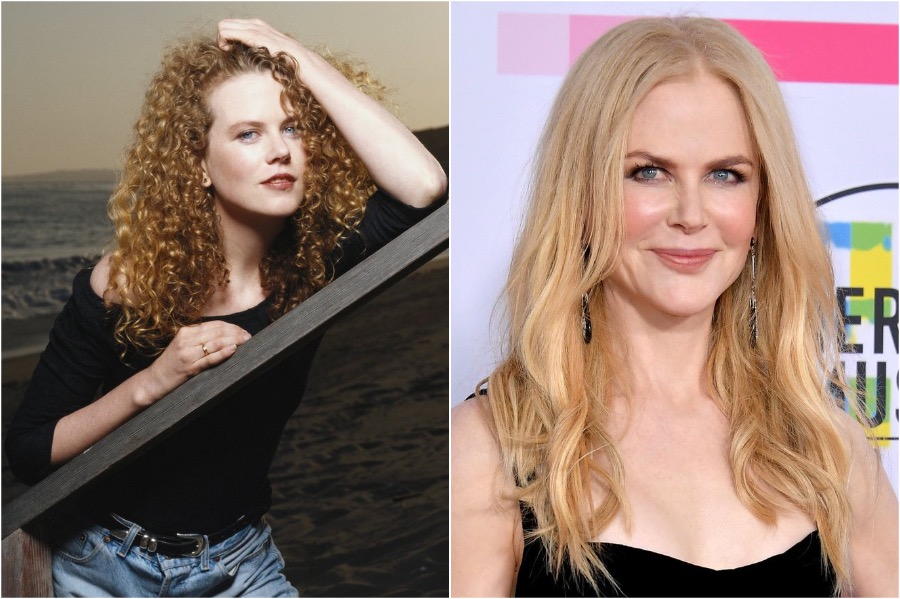 Mandy
Moore has been sporting chestnut brown hair for as long as most of us
can remember. She would occasionally add some highlights and maybe go
for warmer or colder shades of the same color, but few of you
remember that in the 90s she used to be a pop star and her hair was
actually blonde. Turns out that hair color was way closer to her
natural hair color than what we’re used to. But Mandy says she
feels more like herself with dark hair. 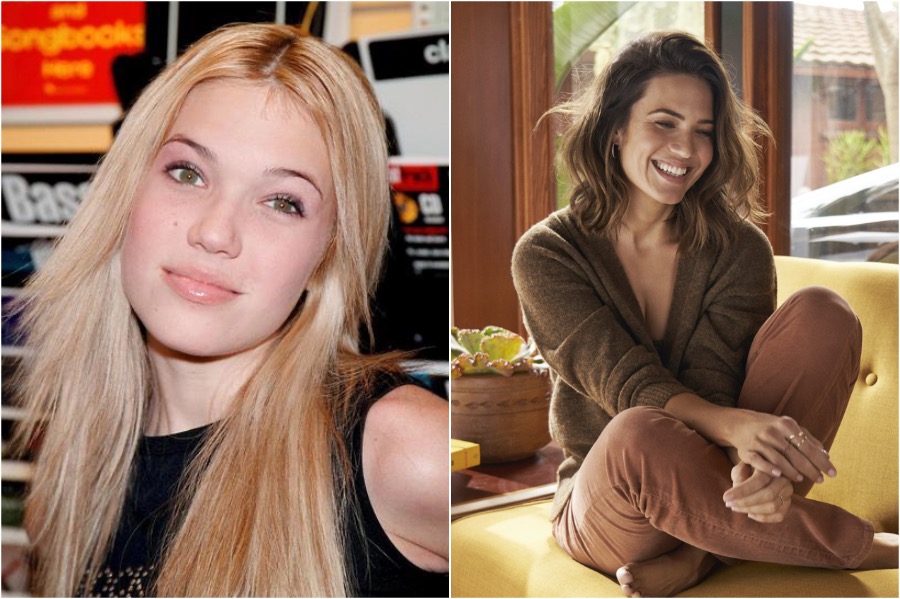 3.
Amy Adams Amy
Adams is known as a redhead in Hollywood and she looks stunning with
her very natural reddish shade of hair. However, that’s not exactly
her natural hair color, she’s actually blonde. Isn’t it weird to
see her blonde? She looks like a totally different person. 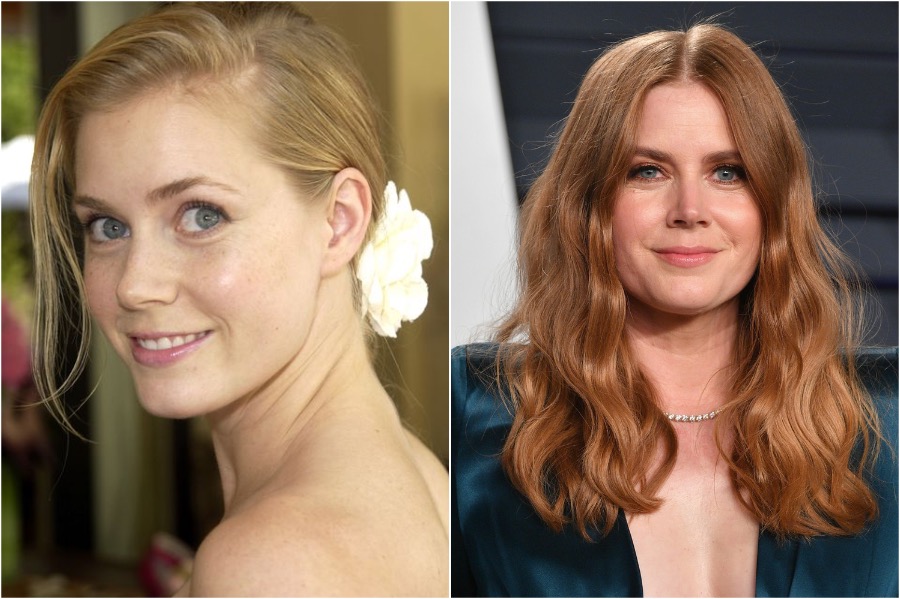 4.
Katy Perry Katy
Perry has changed her hair up so much that it’s hard to even
pinpoint which one is a natural hair color for her. In some of her
earliest photos, it looks like she has dark roots and blonde
highlights. For the longest time we associated Katy with jet black
hair, then she started coloring bright colors like pink and blue and
now she’s sticking to blonde. But her natural hair color apparently
is a shade of brown that she doesn’t really like. 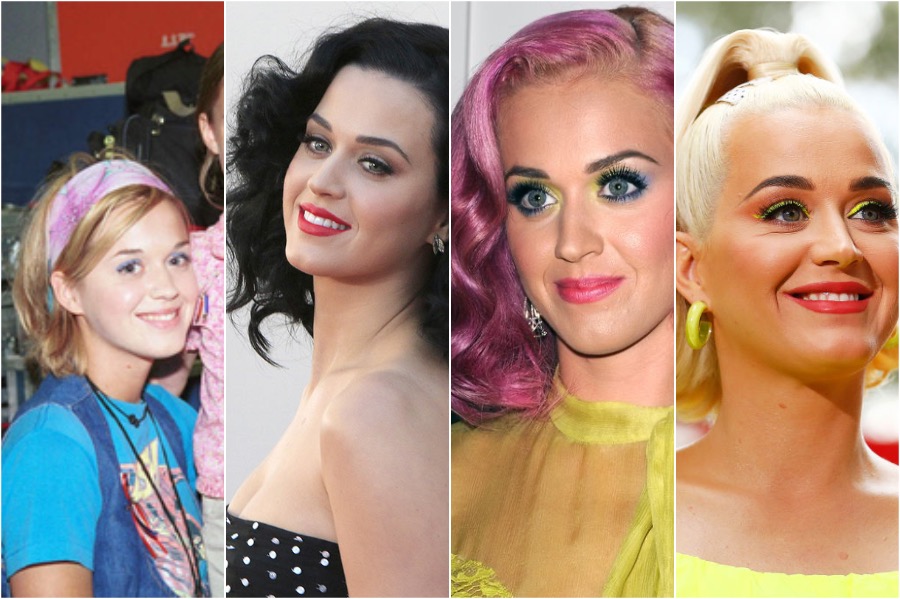 5.
Jennifer Aniston Jennifer
Aniston is famous for her hair. We all know there’s even a haircut
named after her character in Friends. But while she’s let her hair
grow a lot longer since the famous “Rachel” haircut she sorted in
the early seasons of Friends, she has kept a similar hair color for
years now. It’s this darker root, golden highlight combo that we
all love. Bur, her natural hair color is brown. 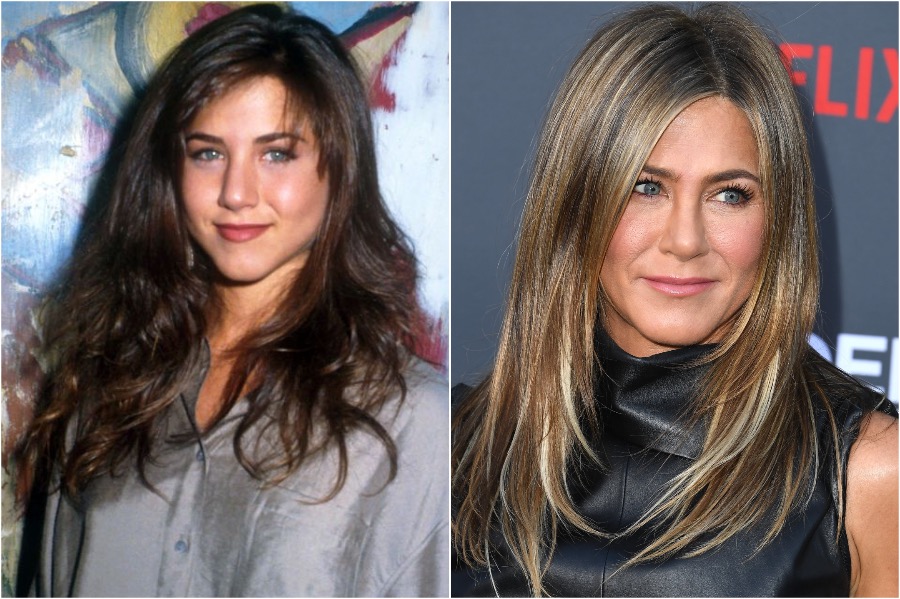 6.
Meghan Markle Meghan
Markle has pretty amazing hair. It always looks shiny and super
healthy and mostly straight. But that’s all because Meghan
regularly gets keratin treatments to keep it that way. Naturally, her
hair is very curly and honestly it looks so awesome we kind of wish
she’d bring back the curls.

7.
Billie Eilish Billy
naturally has dirty blonde hair. But since her career took off she’s
been coloring her hair various different shades. We’ve seen her
with silver hair, she’s colored it blue, and these days she’s
rocking the green roots and dark ends. Kinda makes you wonder what’s
the next thing she’s gonna do to her hair. 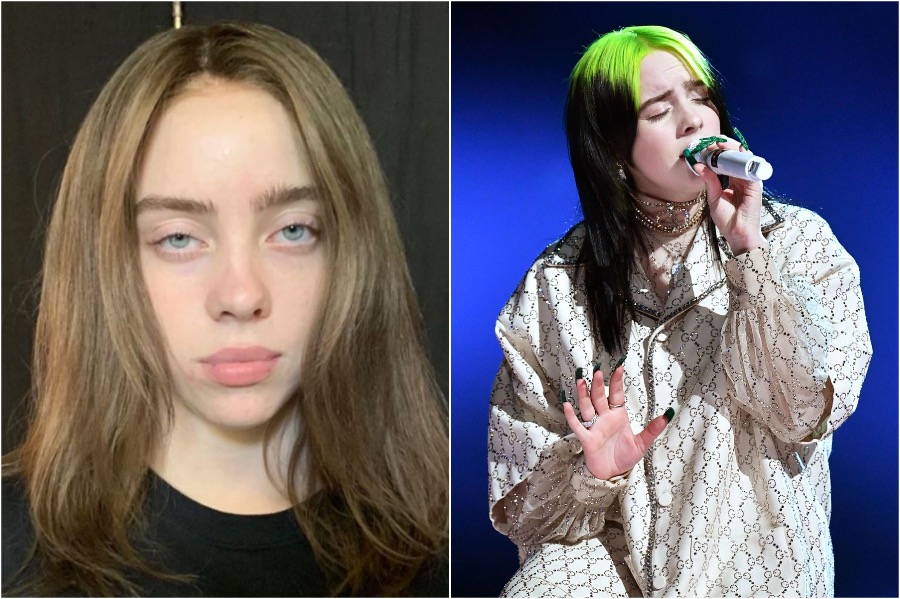 8.
Ariana Grande Ariana
Grande has naturally dark curly hair, but ever since her Disney
channel years, she’s been dyeing and straightening it. At this
point, the high ponytail is almost synonymous with Ariana Grande, but
she says that her hair is so damaged that this is the only hairstyle
that works for her. We’re keeping our fingers crossed that we’ll
see her rock the curls in the future. 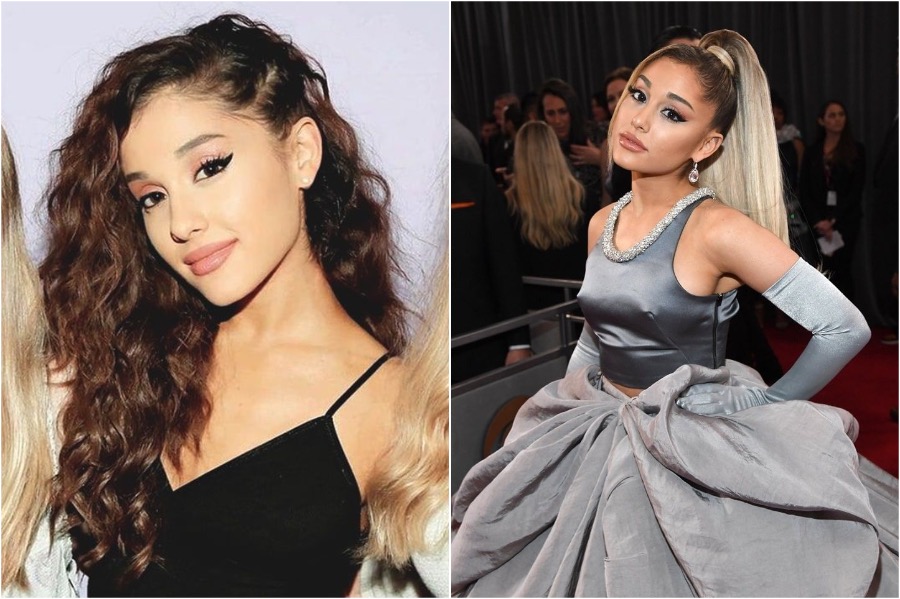 9.
Emma Stone Emma
Stone always goes back to red hair. Sure, she will change up the
shades and go darker, almost reddish-brown, or lighten it to a true
ginger, but we think of her as a redhead. However, her natural hair
color is blonde. She’s gone blonde a few times for movie parts but
red suits her so much more. 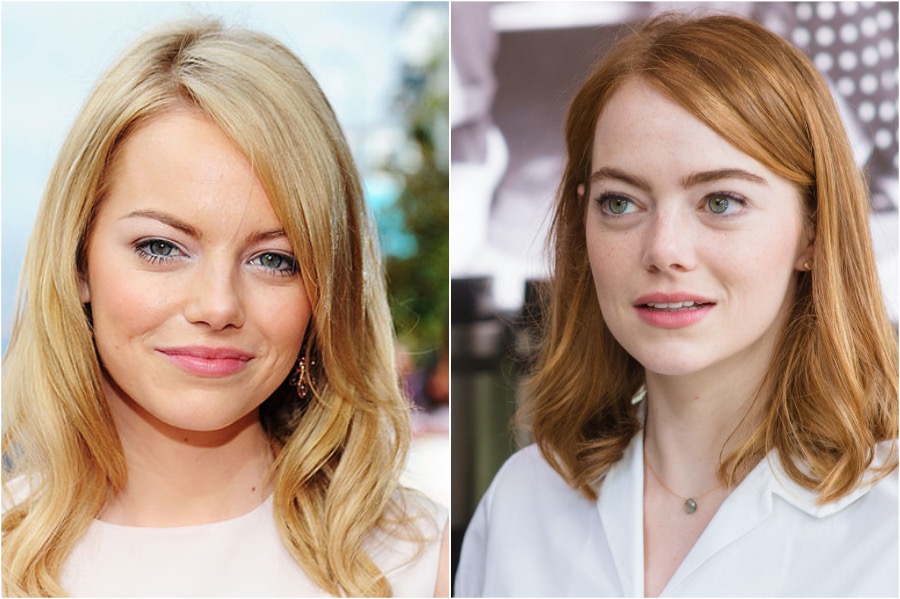 10.
Zendaya Zendaya has been straightening her hair a lot during her Disney channel years, but it looks like she’s on a mission to rock her curls now and we’ve been seeing her natural hair more and more. And it looks incredible, we hope she never touches a straightening iron again. 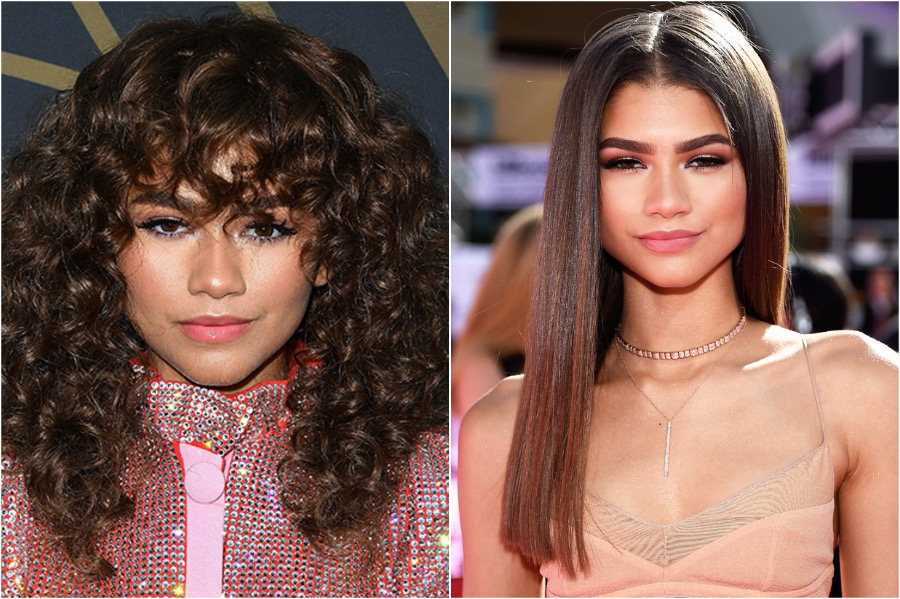 Half Of All Adults Think Women Should Be...

Cops drag kneeling officer to his feet. A...

8 What Makes A YouTube Video Hit The Trending Tab? This...