Among the Trump family, Tiffany Trump arguably keeps the lowest profile. She has mostly kept her head out of politics and concentrated on her own life, including obtaining a law degree from Georgetown University earlier this year.

However, even the lowest-profile Trump is a celebrity in her own right. The public is fascinated with just about everything Tiffany Trump does, and it turns out she’s a major foodie!

So, what does a foodie eat when she has the unlimited resources of the Trump family fortune? Without further ado, here are the strange eating habits of Tiffany Trump.

It’s tough to imagine Tiffany Trump blending in with the crowd. But when it came to her college diet, she really was just “one of the students.”

Back in April 2015, she posted a selfie on Instagram eating a giant slice of pizza. And she was grateful for the slice, writing “Pizza — the only thing that gets me through 8 hour study sessions.”

Pizza is arguably the staple diet of college students everywhere. It’s good to see that attending prestigious Georgetown Law didn’t keep Tiffany from throwing down on some tasty ‘za.

Matching her nail polish to her desserts

One of the main ways we know what Tiffany Trump likes to eat is because of her Instagram posts. And according to those posts, she is seriously down with all kinds of desserts.

She’s posted about tasty Crème Brule, dessert samplers, and more. In some ways, it’s pretty impressive: Tiffany owns up to her major sweet tooth and doesn’t hide her sugary habits from her followers.

Best of all, Tiffany has an uncanny knack for matching her nail polish to her desserts! Check out her above Instagram posts from 2015 and 2014, taken at Mar-a-Lago, Donald Trump’s private resort in Palm Beach, Florida.

With sparkly confetti nail decoration to match her strawberry ice cream bar, and hot pink nail polish to match the sprinkles on her soft-serve parfait, Tiffany’s nail game is on point.

For example, she loves to eat caviar, and has posted about it multiple times on Instagram, like this photo above. The love of this dish may represent her wealthy heritage, but many of her fans find fish eggs to be a major turnoff.

Of course, Tiffany also loves to eat more traditional fish like salmon. And compared to things like dessert and pizza, this is very healthy eating. The Omega-3 fatty acids make salmon a great “brain food,” and she throws in the occasional egg filled with vitamins, minerals, and nutrients for added health benefits.

RELATED: The Unknown Truth Of The Trump Sisters’ Relationship

Tiffany Trump is perfectly fine eating the foods most of us love, including pizza and tacos. Every now and then, though, she eats something that absolutely screams out, “I am rich and famous.”

The best example of this is her love of truffles. This is an edible fungi that CBS dubbed “the most expensive food in the world” due to its relative rarity. Truffles can cost up to thousands of dollars per pound.

Of course, Tiffany has deep enough pockets to eat as many truffles as she wants. On Instagram, she shared a photo of some delicious-looking truffle pasta at Bar Pitti in New York City.

Whenever possible, Tiffany loves to visit the Porta Via bistro in Beverly Hills to order burrata with heirloom tomatoes. And we know what you’re thinking: what the heck is burrata?

That’s the name for an Italian cheese that is made fresh using mozzarella and cream. With a harder mozzarella exterior and a softer curd and cream interior, burrata makes for an entire sensory experience.

Throw in the heirloom tomatoes with a mixture of sea salt, ground pepper, and extra virgin olive oil and, well… our mouths are already watering!

RELATED: How Far The Trumps Got In Their Education 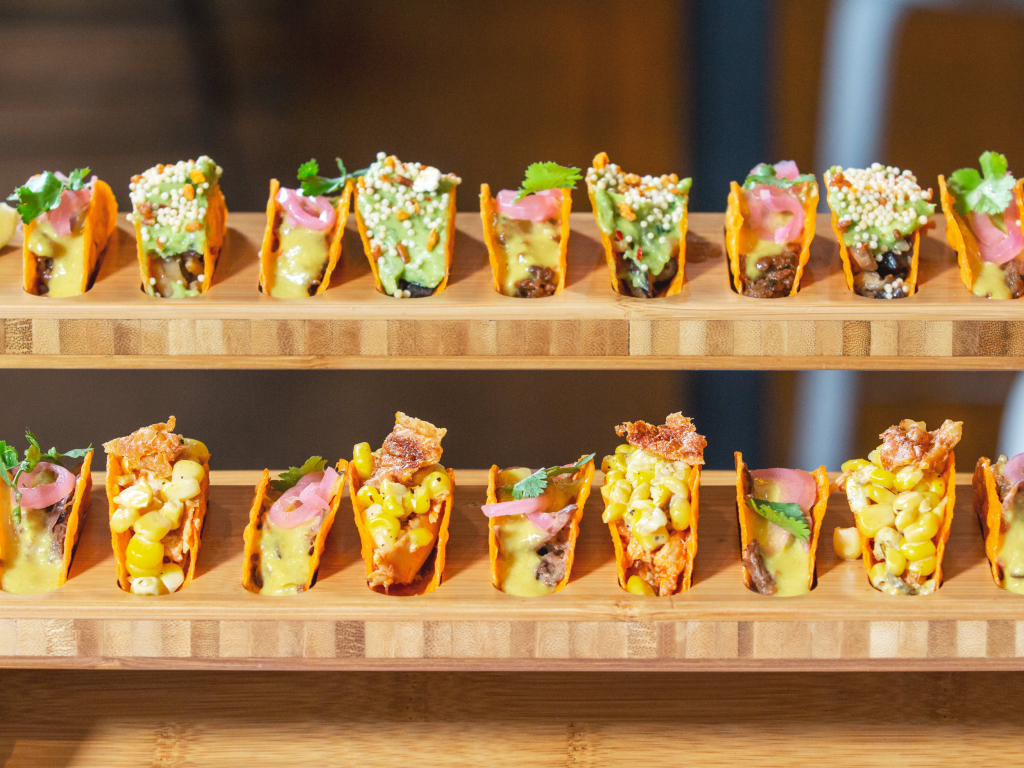 Donald Trump has had a famously contentious relationship with Mexico and its people. This doesn’t keep Tiffany Trump from seriously digging Mexican food.

In June 2018, Tiffany Trump and her mother Marla Maples rolled into Taco Dumbo in New York City. They didn’t settle for any dish, though, and each preferred the restaurant’s signature “Impossible Taco.”

This is actually a vegan taco that uses a plant-based beef alternative as well as vegan lime crema and a black bean mash on hard, blue shell (organic, of course). Tiffany still saved room for dessert and had a slice of “By the Way” cake afterward.

Dinner at the finest Indian restaurants 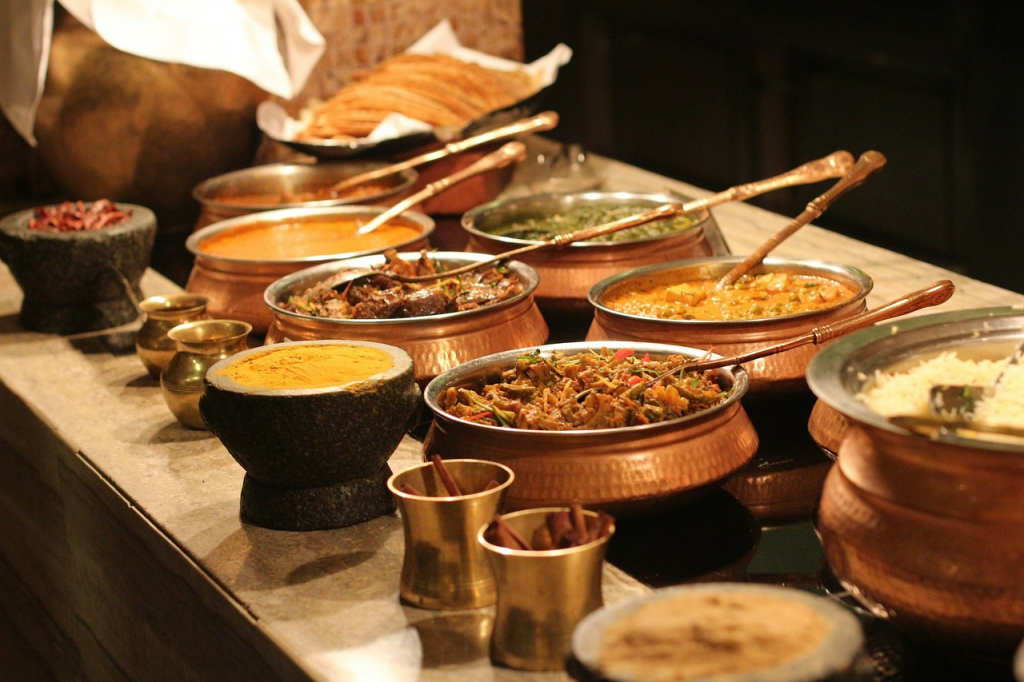 No one can get through college on pizza alone. While attending Georgetown Law, Tiffany also liked to eat Indian food, preferably with her friends.

In November 2017, Tiffany and a friend were spotted visiting the prestigious Indian restaurant Rasika for dinner. They seemingly had a good time, too, hanging at the restaurant for about an hour and a half before heading out.

Rasika is actually one of the highest-rated restaurants in the area on Yelo, rocking a 4.5-star rating after more than 3,000 reviews. Tiffany definitely has good taste when it comes to eating out.

RELATED: The Truth About How Melania Trump Stays in Shape 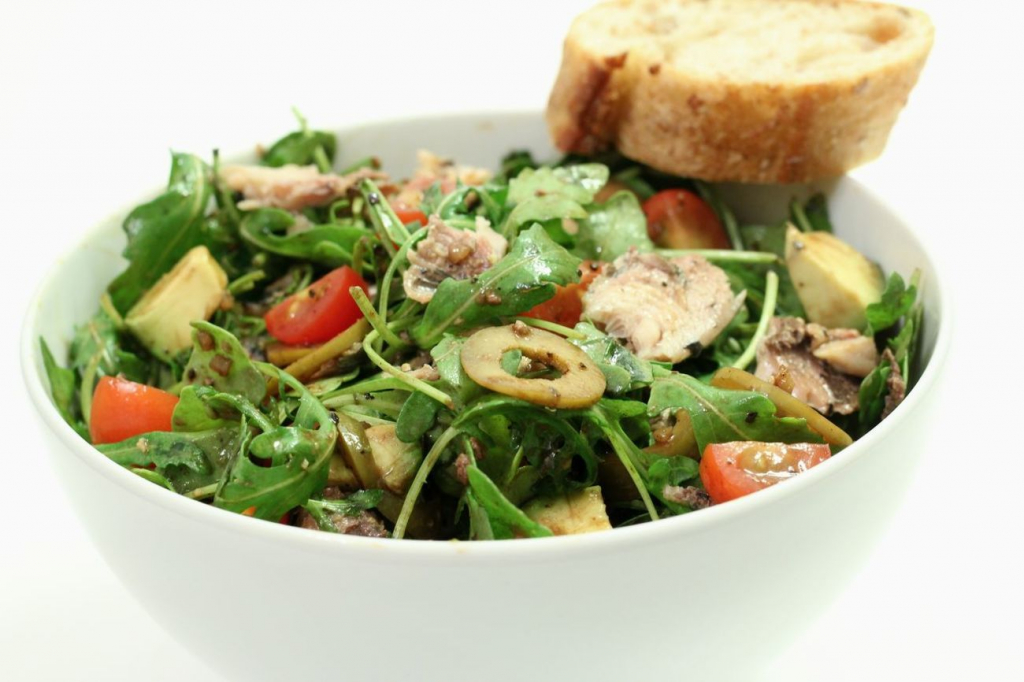 When she wants to eat healthy, Tiffany doesn’t always dive into fancy fish dishes. Sometimes, she keeps it simple with a good salad.

She’s such a fan of salad that she claimed to live “that salad life” via her Instagram. And as long as she is careful about the toppings, salad is the healthiest item on this list.

With the endless variety of salads out there, Tiffany won’t get bored anytime soon. After all, variety is the spice of “salad life.”

How Burlesque Helped Me Heal From Losing...