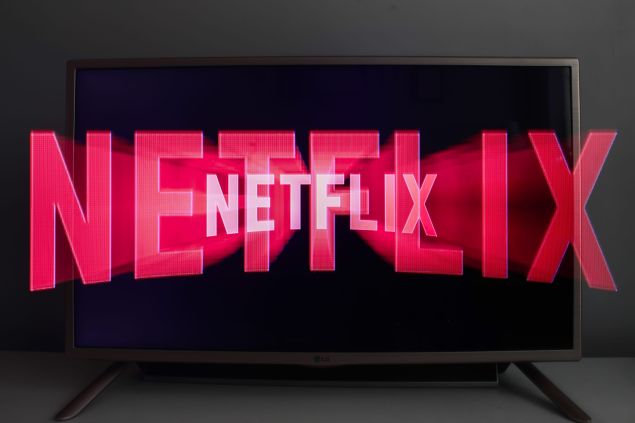 It’s been two years since new Stranger Things episodes aired and 18 months since The Witcher‘s debut season premiered. With the COVID pandemic no longer forcing consumers indoors for months at a time, monster sleeper hits such as Tiger King have been hard to come by. Bridgerton was a grand slam that capped off a banner year, sure. But the explosive growth of 2020 was a double edged sword, and Netflix is on the wrong end of the tip at the moment.


Netflix is still the global leader in the SVOD space, but its lack of new hit original programming and the increased competition from rival streamers is squeezing the company’s subscriber growth and engagement. The “pull forward” effect of the pandemic has left the company in a state of malaise this year.

“The stock’s big drop in afterhours trading was a reaction to the very disappointing third-quarter guidance.”


In Tuesday’s Q2 earnings report, Netflix announced that it surpassed global subscriber addition expectations of 1.19 million by signing up 1.54 million new customers. It also beat Wall Street’s revenue estimates. However, Netflix lost 430,000 subscribers in the UCAN (U.S. and Canada) market, and its earnings per share of $2.97 was a big miss from the estimate of $3.16. Throw that on top of Netflix’s declining content demand both in the U.S. and globally and, well, you can understand the unease of investors. 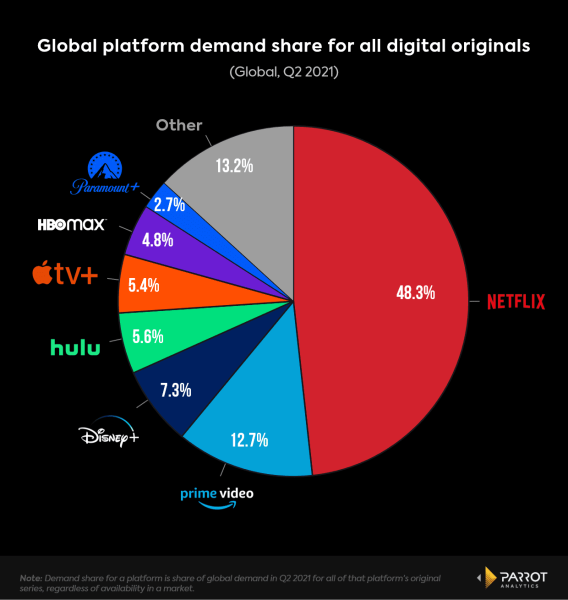 “The stock’s big drop in after-hours trading was a reaction to the very disappointing third-quarter guidance,” Anthony Denier, CEO of Webull, told Observer. “Netflix expects to add 3.5 million new subscribers in the current quarter vs. the 5.5 million estimate by analysts. Investors want to see accelerating user growth, so that sparked the sell-off.”

Subscription growth looks relatively flat in mature markets such as Europe/Mid East and Africa while it’s declining in the U.S./Canada. On one hand, these are mature markets where Netflix holds strong pricing power. It’s a sign that Netflix is no longer a scrappy upstart but a deeply entrenched success. Yet Entertainment Strategy Guy’s estimates peg Netflix’s U.S. total at 66.8 million subscribers, right where they started the year. This suggests a domestic ceiling of 70 million-80 million subs, a plateau that will be a hard pill to swallow for bullish investors.


But it’s worth noting that after-hours panic following a mixed earnings report has become the customary reaction in recent years.


“Out of the seven earnings events that have occurred since the 2019 lows, the closing price five days after earnings has been higher only two out of those seven times,” Jake Wujastyk, chief market analyst of TrendSpider, told Observer. “This data shows that there is more often than not a selloff a week after the earnings report.”

The growth in subscriptions is largely coming from Asia and, to a lesser extent, Latin America. The former has particularly blossomed into a high-upside growth area for Netflix, which could inform content decisions moving forward in a similar fashion to Hollywood’s blockbuster films being developed with eastern audiences in mind. Netflix has struggled to push out breakthrough original content in the last few quarters — with the exception of season three of Cobra Kai — and likely won’t have another massive original hit until Q4 with season two of The Witcher. 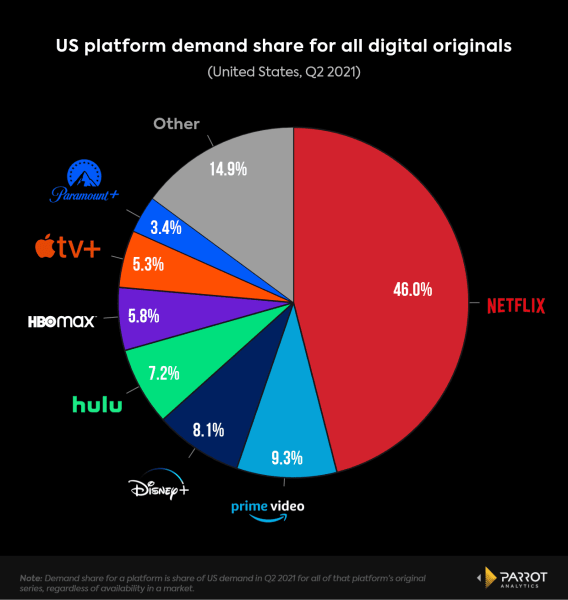 Parrot Analytics’ numbers (as well as Netflix’s own self-reported viewership) follow a steady trend of shrinking dominance for Netflix, which helps explain the company’s next big pivot: video games. Netflix leadership further explained their plans to expand into video games with mobile content arriving on the platform in the next year. There will be no ads and, surprisingly, no in-app purchases for Netflix mobile video games, which will be based on both existing Netflix IP and original ideas. The company will also license games and IP, and it’s possible that hit Netflix original video games can later become Netflix series and movies — a need that isn’t going away anytime soon.

Now a vast majority of Netflix viewing in mature markets such as Europe, Canada and the U.S. is not on mobile platforms. One can look at Netflix’s new effort as a way to create more engagement via mobile platforms. And by including video games at no extra cost to start, the goal appears to provide subscribers with added value and keep them on the hook for longer. The lower Netflix can keep its churn rate, the more pricing power the company holds for future increases.

Covid Cert helpline has only been able to...

4 The Best New Movies and TV Shows to Stream This Week:...

7 More than 100 killed after monsoon in India triggers...