If you’re getting error messages instead of media across your Apple devices and services then you’re not alone. The company’s status page notes an outage that’s affecting many of its connected services that bring music, video and pictures to you. Apple TV+, Apple Music, Photos and more are either running slowly or not at all for many people. Some are unaffected, but Apple confirmed the issue and said it’s investigating. 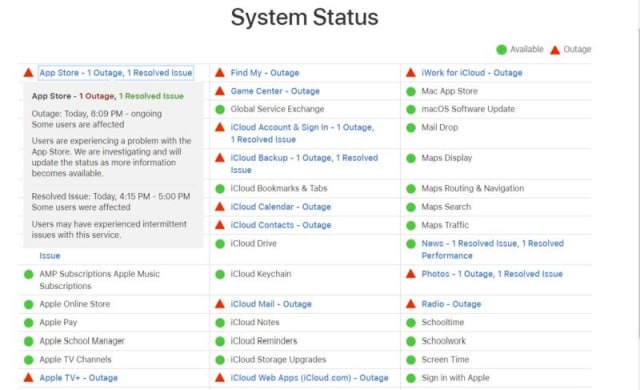 According to the status message, this latest issue began just after 8PM ET. This outage comes just a day after Microsoft’s Outlook and Office365 services had authentication problems, and just a few days after similar problems hit Google’s G Suite for a couple of hours.

6 Ways to Be an Advocate for Women of Color in...

4 Rudy Giuliani Caught With Hands Down Pants In Hotel Room...

5 ‘The World Doesn’t Need Another Proud Boy’: Someone...