Apple’s Fitness+ subscription service is getting its first major new feature today. As was rumored earlier today, “Time to Walk” is a set of stories that play alongside a walking workout initiated from the Apple Watch. Essentially, they’re self-contained podcast episodes exclusive to those with an Apple Watch and Fitness+ subscription; the first four episodes go live today. They’re hosted by some pretty big names in entertainment: Musicians Dolly Parton and Shawn Mendes, NBA star Draymond Green, and actor Uzo Aduba. New episodes will arrive on the Apple Watch every Monday from now through the end of April, and users can go back to browse and play previous episodes.

Apple says each episode is “shaped by the guest’s personal, life-shaping moments and includes lessons learned, meaningful memories, thoughts on purpose and gratitude, moments of levity, and other thought-provoking topics.” It sounds like there’s no concrete thread running through these, though the guests recorded episodes while walking outside themselves (or “in locations that are meaningful to them”). 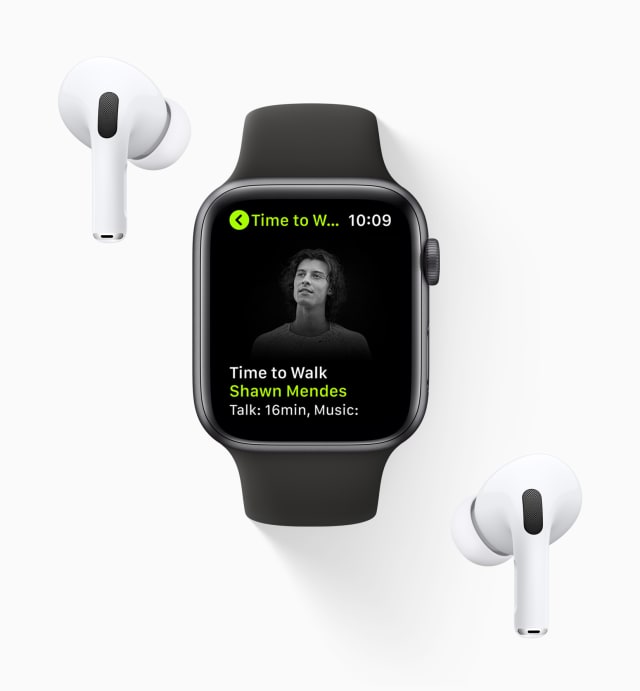 When you start playing an episode, the Apple Watch also starts recording a walking workout. The stories are accompanied by photos that show up on your Watch that coincide with specific parts of the narrative. And when the story is finished, the host introduces a short playlist of songs to extend the experience.

Time to Walk should arrive on the Apple Watch today for Fitness+ subscribers, though it doesn’t look like it is live quite yet. And if you prefer to listen on your phone, Apple says that episodes will also live in the Fitness+ tab of the Fitness app on the iPhone.

AirPods Pro are 20 percent off at Amazon and...

2 6 Dr. Seuss books will no longer be published due to...

6 Top 10 Fascinating Facts About The Philippines

9 7 Reasons Why Is It Important To Have Insurance?