Home /
NEWSiNi /
Are Deavan And Jihoon Still Together? New Details On The '90 Day Fiancé: The Other Way' Stars And Their Current Relationship Status

Are Deavan And Jihoon Still Together? New Details On The '90 Day Fiancé: The Other Way' Stars And Their Current Relationship Status 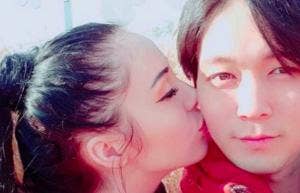 The team at TLC has had repeated success with different variations on the show 90 Day Fiancé. The franchise follows the basic premise of tracking relationships between an American and a partner from a different country. Audiences have seen foreign fiancés move the the U.S., lovestruck Americans visit their lovers abroad, and watched what happens after the wedding when couples try to settle into married life. Now TLC has launched 90 Day Fiancé:The Other Way in which U.S. nationals move overseas in the name of true love.

One of the couples featured on the inaugural season of the franchise is Deavan and Jihoon. The couple met on a dating app and Jihoon flew from South Korea to Salt Lake City to meet Deavan in person. Their first meeting resulted in an unplanned pregnancy. Now Deavan wants to move to South Korea to start a life together.

What is coming next for this couple? Are Deavan and Jihoon still together? Read on for all the details.

According to Heavy, Deavan, 27, lives in Salt Lake City, Utah with her young child from a previous relationship. Jihoon, 29, is from South Korea, where he grew up in a traditional family. The pair met over a dating app and eventually Jihoon decided to come visit Deavan in the U.S. The couple said their connection in person was so strong that they were intimate on the first night they were together. That intimacy resulted in a pregnancy.

The Utah resident has an extensive Instagram presence and appears to be a social media model and influencer, so she’s no stranger to attention. She talked on Insta about her eperience filming the show. Soap Dirt reported that fans asked her about her experience on the show. She commented that she thought it would be interesting watching episodes as they aired and seeing herself as others see her. She also confessed that it was odd having cameras follow her around but she eventually got used to it. She was cagey about where she’s living now — when a fan asked if she was in South Korea, she simply told them to tune in to TLC to watch the series.

5 food mistakes to avoid if you&apos;re...

The Air Jordan I 'Fearless Ones' Collection Is...