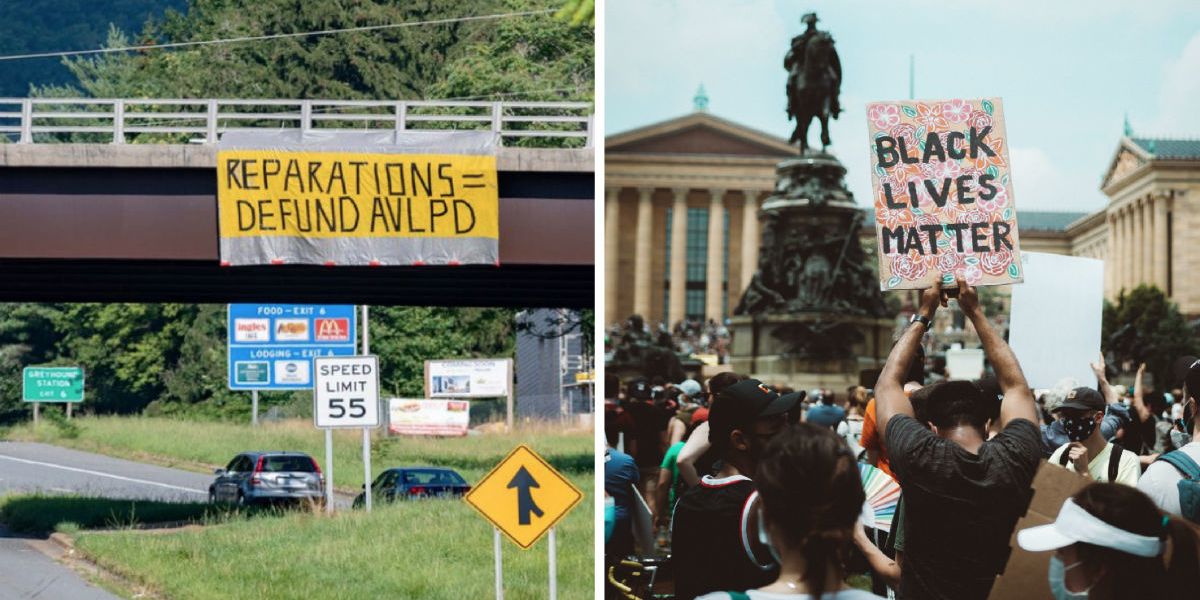 The question of how to make up for hundreds of years of stolen labor from and economic discrimination against Black Americans has been hotly debated for years. When racial disparities can be traced directly to laws, policies and regulations that prevented Black people from earning or accumulating wealth generation after generation, the only just thing to do is to try to repair the damage.

Enter the idea of reparations, which literally means "to repair" through financial or other means.

Asheville, North Carolina has just taken a big step forward with this idea by unanimously approving a resolution designed to repair the racial disparity among its residents. In a 7-0 vote, the city council apologized for the city's role in historic wrongs against Black people, including slavery and discrimination. It also announced that it will make reparations in the form of investments in the lives of Black people living in Asheville, who make up nearly 12 percent of the city's population.

"The resulting budgetary and programmatic priorities may include but not be limited to increasing minority home ownership and access to other affordable housing, increasing minority business ownership and career opportunities, strategies to grow equity and generational wealth, closing the gaps in health care, education, employment and pay, neighborhood safety and fairness within criminal justice," the resolution states.

Councilman Keith Young, one of two Black members of the council, said, "Hundreds of years of Black blood spilled that basically fills the cup we drink from today," according to the Asheville Citizen-Times. "It is simply not enough to remove statutes," he added. "Black people in this country are dealing with issues that are systemic in nature."

The measure does not specify making direct reparation payments to Black residents, but rather putting more of the city's resources into eliminating racial disparities. Councilman Vijay Kapoor said he voted in favor of the measure for moral reasons, but also referred to the "practical reason," which is that data shows large gaps between Black Asheville residents and other residents of the city.

"We don't want to be held back by these gaps," Kapoor said. "We want everyone to be successful."

Some will undoubtedly ask the question, "Why should people today, who have never owned slaves, pay reparations to people who have never been enslaved themselves?" But that question ignores two things: 1) The deep and ongoing economic impact slavery had on generations of families, and 2) Reparations aren't just about slavery, but also the century-and-a-half of ongoing discriminatory laws and practices designed to keep Black Americans economically oppressed that followed emancipation.

The question of how to manage reparations is a legitimate one, but there should be no doubt that some kind of reparations are in order. If you're still unsure of why, check out Kimberly Latrice Jones' excellent Monopoly metaphor, Trevor Noah's explanation of why poor white people can't h the same argument for reparations, and this video from Ta-Nehisi Coates beautifully testifying to Congress on why reparations are a perfectly reasonable expectation for Black citizens, considering the inheritance of our nation:


Thank you, Asheville, for taking this step toward economic justice, to help repair the damage done throughout U.S. history. If we truly want to be the country we say we are, where all people have the same access to "Life, Liberty, and the Pursuit of Happiness," we have to honestly address the past wrongs that prevented certain groups from those inalienable rights and make amends to the citizens who have been negatively impacted by those wrongs for generations.

Extremely positive 'bros' tried to help out a...