Katie Thurston and John Hersey have broken up after less than one year of dating.

The former Bachelorette, 31, revealed the split news with a brief Instagram Story statement on Monday.

“No we aren’t together,” the “Bachelor” alum wrote.

In a post of his own, the 28-year-old bartender confirmed that he and Thurston are “no longer dating.”

Hersey explained, “This decision was not made lightly, and it was obviously not an easy one to make. I appreciate every one of you that has supported us throughout this journey. We could not (and would not) be here without you.”

The former couple met on season 17 of the ABC show, but Thurston sent the California native home in the second week of filming. 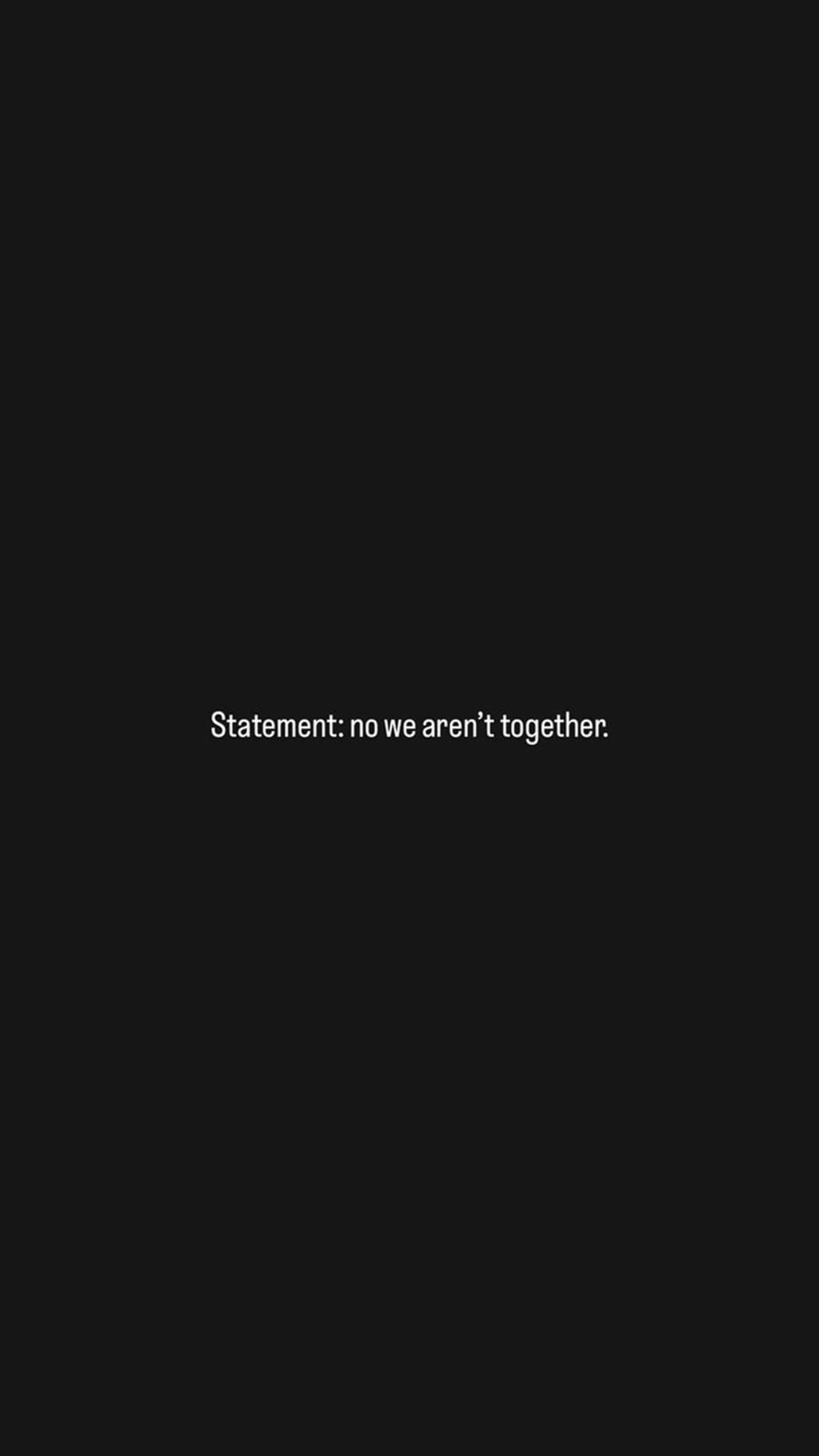 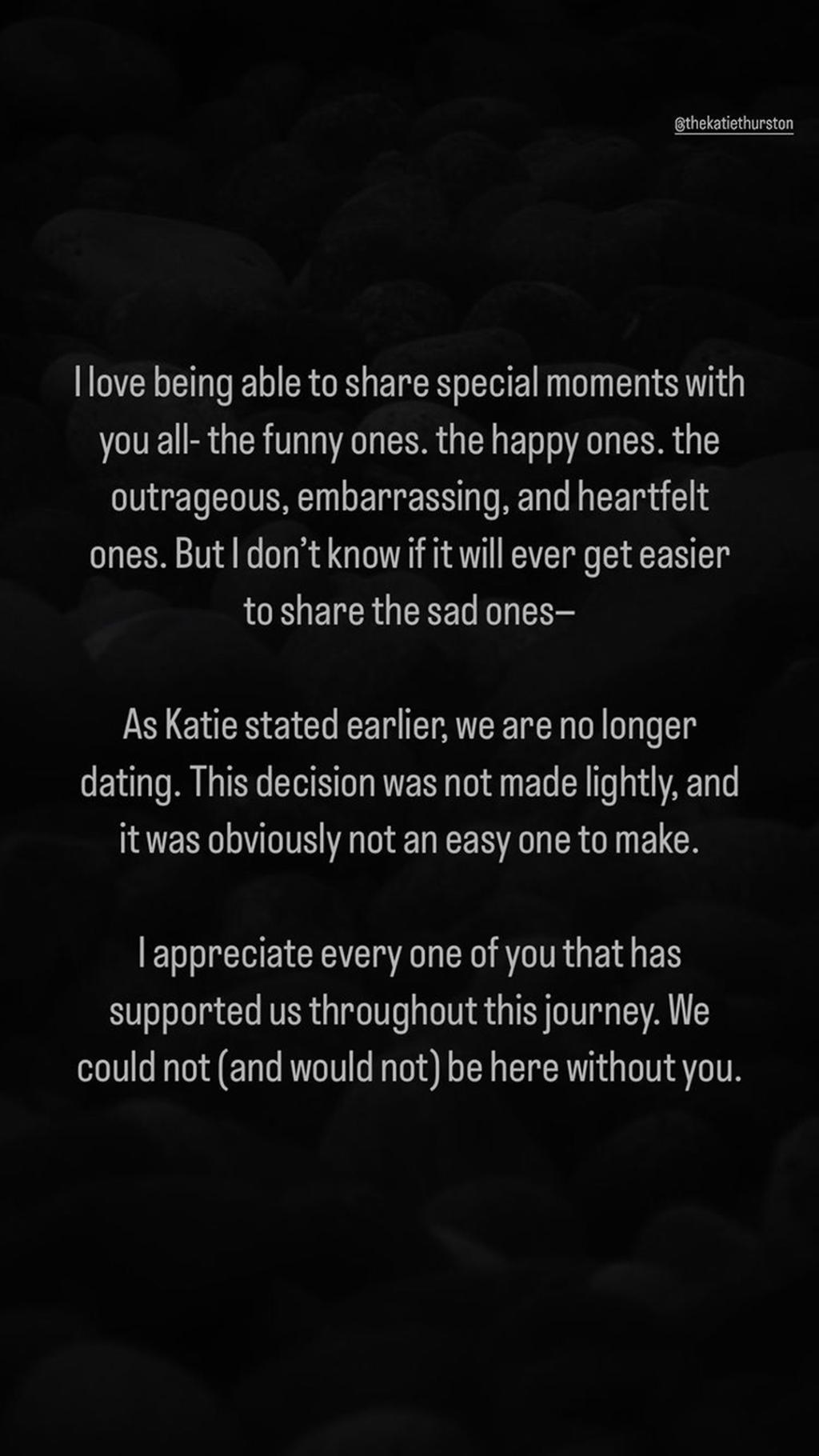 "I wanted to experience the other side. My time was...

The leading lady ultimately gave her final rose to Blake Moynes, but she and the wildlife manager, 31, ended their engagement one month after the finale aired.

“We are so grateful for the moments we shared together and the entire journey that has unfolded this year, but we ultimately have concluded that we are not compatible as life partners, and it is the most caring choice for both of us to move forward independently,” the exes wrote in an October 2021 social media statement.

“We ask for kindness and privacy as we both navigate this transition,” the former reality stars concluded.

The former reality stars went public with their romance in November 2021.johnalexhersey/Instagram

Thurston moved on with Hersey. Although she called him only a “dear dear friend” in a September 2021 Instagram post, the duo debuted their romance two months later.

After posting a PDA-filled TikTok video, the pair went on to walk multiple red carpets together.

“Thank goodness you dumped me on national television, or else we could have never gotten to where we are now,” Hersey joked in a January Instagram upload. “Falling for you was the best decision I never had a say in, and I couldn’t be happier.”

Hersey last posted about Thurston on June 2, documenting a hike with the Washington native holding a cat in her backpack.