U.S. Secretary of State Mike Pompeo and a senior Democratic congressional leader have reprimanded China for bullying behaviour toward India during a military standoff on their disputed border.

Thousands of Indian and Chinese troops have faced each other for weeks at three or four locations in the western Himalayas after Beijing's forces intruded into Indian territory, according to Indian security officials and local media.

China denies it breached the "Line of Actual Control," as the 3,488-kilometre de facto border is known, and says there is stability in the area near the Galwan River and Pangong Tso lake in the remote snow deserts of India's Ladakh region.

In comments released by the State Department, Pompeo told the American Enterprise Institute think-tank that China's moving of troops to the line of control echoed similarly heavy-handed behaviour over the coronavirus, South China Sea and Hong Kong.

"These are the kinds of actions that authoritarian regimes take," he said. 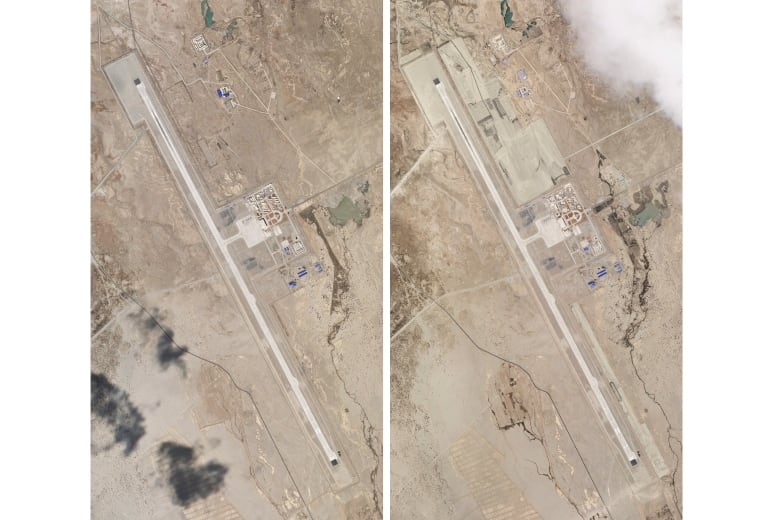 This combination of two satellite photos of the Ngari Günsa civil-military airport base taken on April 1, left, and May 17, near the border with India in far western region of Tibet in China show increased development around the airport. (Planet Labs via The Associated Press)

One possible trigger for frictions is India's construction of a road near the Galwan valley to narrow the gap with China's superior network of roads that it built years ago, Indian and foreign military experts say. China is opposed to any Indian construction in the area, saying it is disputed territory.

The chairman of the U.S. House committee on foreign affairs, Eliot Engel of New York, said China should respect norms and use diplomacy to settle the border issue with India.

"I am extremely concerned by the ongoing Chinese aggression along the Line of Actual Control," he said.

"China is demonstrating once again that it is willing to bully its neighbours rather than resolve conflicts according to international law," he added in a statement on Monday.

Soldiers are billeted in tents and both sides have brought in artillery and other heavy equipment to back them up, Indian officials said. India has also started construction of an emergency landing strip near the main highway of Kashmir which adjoins Ladakh.

Konchok Stanzin, a resident of Lukung village on the Indian side, about 40 kilometres from the border, said thousands of Indian troops had arrived in the last week alone.

"There is panic in the village, as the area has never seen such a military buildup," he said. 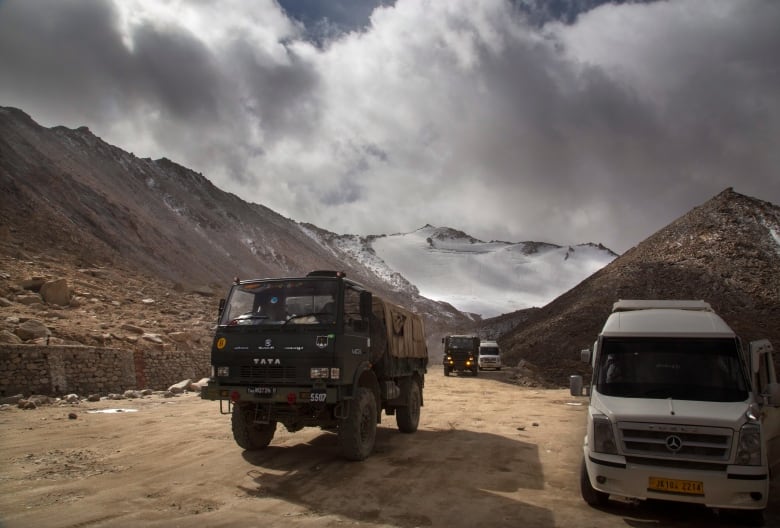 The dispute has grabbed the attention of President Donald Trump.

"They have a big conflict going with India and China. Two countries with 1.4 billion people. Two countries with very powerful militaries," Trump told reporters late last week, according to a White House transcript. "And India is not happy, and probably China is not happy. But I can tell you, I did speak to Prime Minister Modi. He's not — he's not in a good mood about what's going on with China."

The comments followed a Twitter post the previous day in which Trump said the United States had told India and China that it was ready to arbitrate their "raging border dispute."

Mumbai braces for its 1st cyclone in over a...

3 Jennifer Aniston’s Sincere Post About The Need To Wear A...

5 25 Easy Date Night Ideas You Can Do From The Comfort Of...

7 CAA Will Not Return To NY, LA, Nashville Offices Until At...

8 Landslide At Myanmar Jade Mine Kills At Least 113 People

10 121 incidents of spitting and/or coughing against Gardaí...