Bodies of man and his slave unearthed from ashes at Pompeii

Skeletal remains of what are believed to have been a rich man and his male slave attempting to escape death from the eruption of Mount Vesuvius nearly 2,000 years ago have been discovered in Pompeii, officials at the archeological park in Italy said Saturday.

Parts of the skulls and bones of the two men were found during excavation of the ruins from what was once an elegant villa with a panoramic view of the Mediterranean Sea, located on the outskirts of the ancient Roman city destroyed by the volcano eruption in AD 79. It's the same area where a stable with the remains of three harnessed horses were excavated in 2017.

The remains of the two victims, lying next to each other on their backs, were found in a layer of grey ash at least two metres deep, they said.

As has been done when other remains have been discovered at the Pompeii site, archeologists poured liquid chalk into the cavities, or void, left by the decaying bodies in the ash and pumice that rained down from the volcano, near modern-day Naples, and demolished the upper levels of the villa. 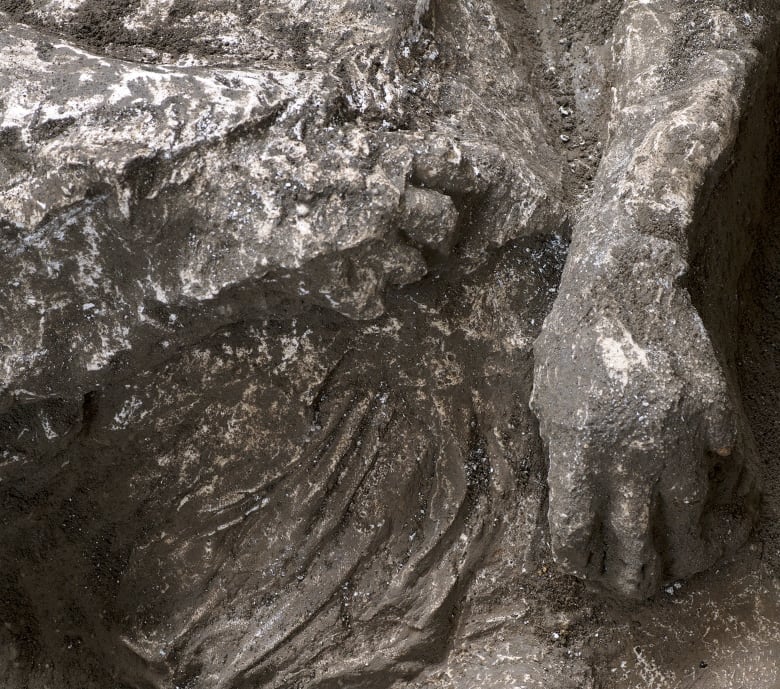 Pompeii officials said the men apparently escaped the initial fall of ash from Mount Vesuvius then succumbed to a powerful volcanic blast that took place the next morning. (Parco Archeologico di Pompei via The Associated Press)

The technique, pioneered in the 1800s, gives the image not only of the shape and position of the victims in the throes of death but makes the remains "seem like statues," said Massimo Osanna, an archeologist who is director general of the archeological park operated under the jurisdiction of the Italian Culture Ministry.

Judging by cranial bones and teeth, one of the men was young, likely aged 18 to 25, with a spinal column with compressed discs. That finding led archeologists to hypothesize that he was a young man who did manual labour, like that of a slave.

The other man had a robust bone structure, especially in his chest area, and died with his hands on his chest and his legs bent and spread apart. He was estimated to have been 30 to 40 years old, Pompeii officials said. Fragments of white paint were found near the man's face, probably remnants of a collapsed upper wall, the officials said.

Both skeletons were found in a side room along an underground corridor, or passageway, known in ancient Roman times as a cryptoporticus, which led to to the upper level of the villa.

"The victims were probably looking for shelter in the cryptoporticus, in this underground space, where they thought they were better protected," Osanna said. 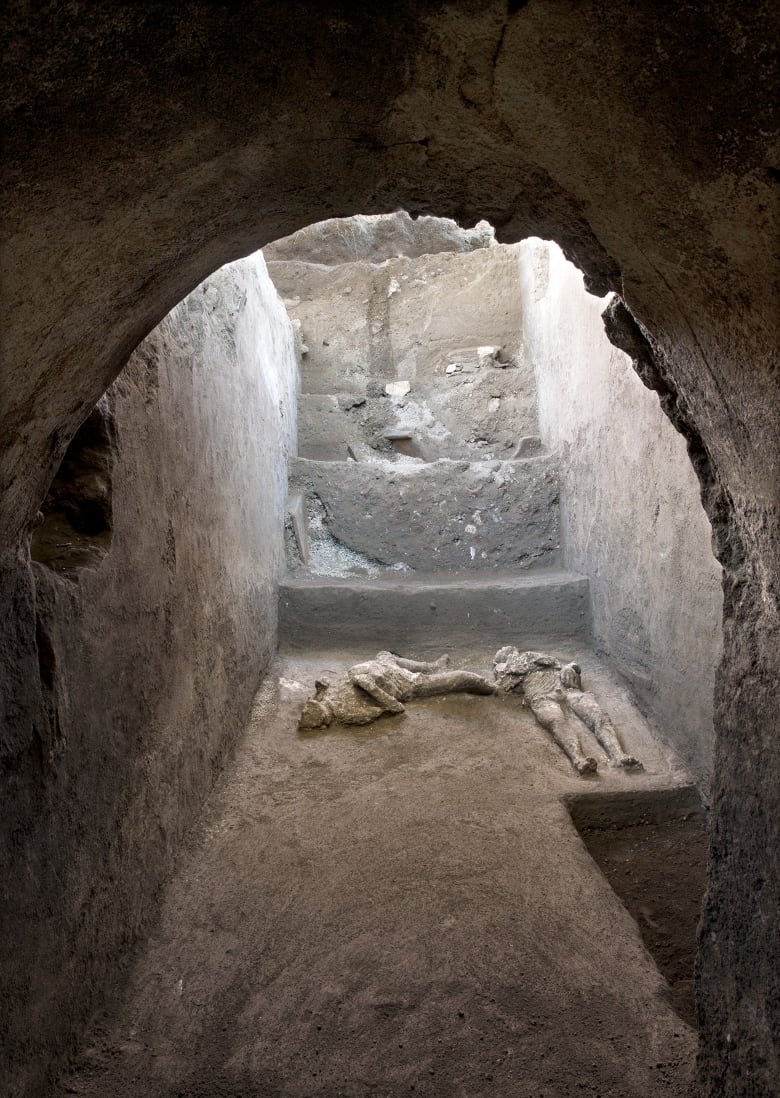 Both skeletons were found in a side room along an underground corridor, or passageway, known in ancient Roman times as a cryptoporticus, which led to to the upper level of the villa. (Parco Archeologico di Pompei via The Associated Press)

Instead, on the morning of Oct. 25, AD 79, a "blazing cloud [of volcanic material] arrived in Pompeii and ... killed anyone it encountered on its way," Osanna said.

Based on the impression of fabric folds left in the ash layer, it appeared the younger man was wearing a short, pleated tunic, possibly of wool. The older victim, in addition to wearing a tunic, appeared to have had a mantle over his left shoulder.

Mount Vesuvius remains an active volcano. While excavations continue at the site near Naples, tourists are currently barred from the archeological park under national anti-COVID-19 measures.

3 Trump Says He Will “Certainly” Leave White House If...

4 Guy On Instagram Shares A Video Capturing A Secret ‘Crew...

5 Former Home and Away star Kyle Pryor sheds light on his...