Changing CEOs was the easy part. Now it's up to Boeing's new leader to deal with a crisis caused by two crashes and the grounding of the company's bestselling plane.

Calhoun will oversee Boeing's legal strategy as it deals with dozens of lawsuits by families of the 346 people who died in crashes of the 737 Max jetliner. Calhoun's to-do-list also includes repairing Boeing's strained relationship with its chief regulator, and overseeing compensation to airline customers who cancelled thousands of flights because their Boeing jets were grounded.

Maybe most significantly, he must try to restore the company's battered reputation and the impression that it put profit over safety.

In an email to employees, which Boeing made available to the public, Calhoun spelled out several priorities for 2020. First, he wrote, is safely returning the Max to service, followed by restoring trust in the company.

This is a crucial time for Boeing. I see greatness in this company, but I also see opportunities to be better. Much better.- David Calhoun, new Boeing CEO

"This is a crucial time for Boeing," Calhoun said. "I see greatness in this company, but I also see opportunities to be better. Much better."

Calhoun said he will spend his first weeks as CEO listening to employees, customers and regulators and assuring them Boeing is on the way to meeting their expectations. Boeing declined to make him available for interviews.

Calhoun is an experienced executive who once ran General Electric's jet-engine business and served as chairman of the Boeing board for 10 years. His fellow directors described him Monday as the right fit for CEO.

"With deep industry experience and a proven track record of performance, Dave is the right leader to navigate Boeing through this challenging time in our 104-year legacy," said Lawrence Kellner, a former United Airlines CEO who is replacing Calhoun as Boeing chairman. "We're confident Dave will take Boeing forward with intense focus on our values, including safety, quality and integrity." 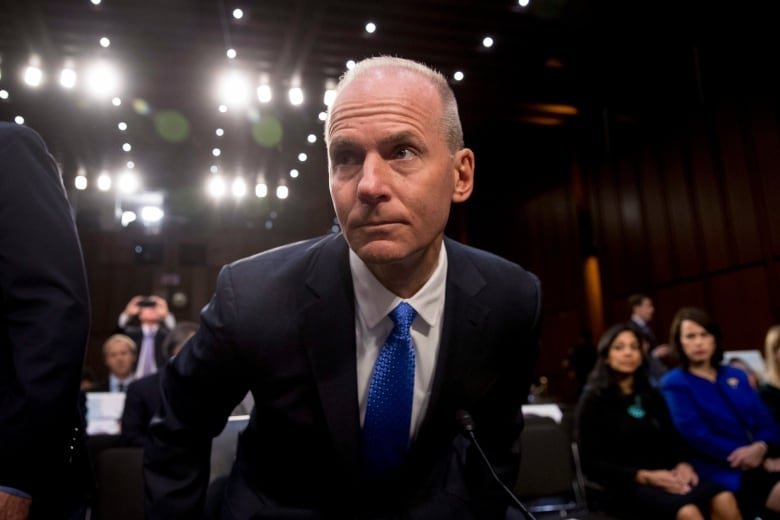 Boeing is halting Max production until it knows when the Federal Aviation Administration will approve fixes that company engineers are making to the plane's software and other systems. While Boeing says it will find other work for idled employees, employees at major suppliers are not so lucky. Spirit AeroSystems, which makes fuselages for the Max, said Friday it will lay off 2,800 people.

Boeing is so big that the loss of exports from the Max grounding is weighing on the entire U.S. economy.

"There is no question that the Boeing situation, it is going to slow down the GDP numbers," Treasury Secretary Steven Mnuchin said Sunday, referring to the measure of economic growth. "Boeing is one of the largest exporters, and with the 737 Max, I think that could impact GDP as much as 50 basis points this year."

Fifty basis points is one-half of one percentage point. Mnuchin said on Fox News that Boeing could reduce U.S. economic growth in 2020 from around 3 per cent (higher than many private economists forecast) to 2.5 per cent. 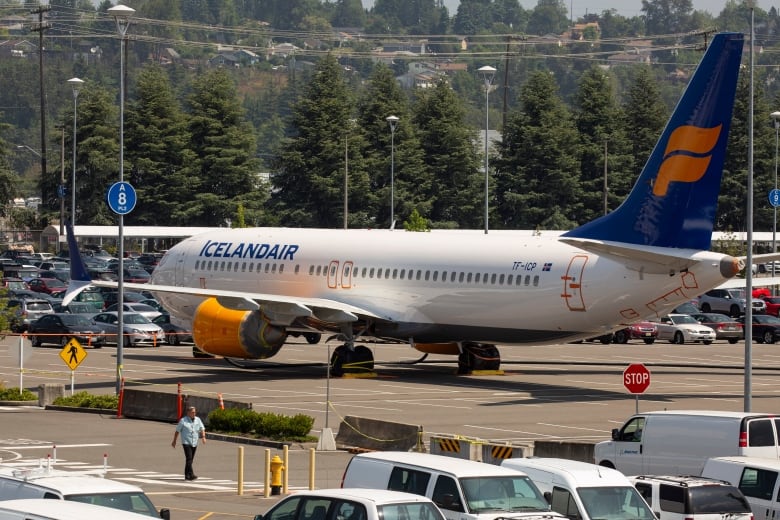 A Boeing 737 Max airplane from Icelandair sits parked in a parking lot at a Boeing facility adjacent to King County International Airport, known as Boeing Field, on May 31, 2019, in Seattle. (David Ryder/Getty Images)

In the latest black eye for Boeing, a new batch of documents released last week appeared to show that employees hid safety problems from regulators and doubted the safety of the Max while it was in development.

"This airplane is designed by clowns who in turn are supervised by monkeys," one employee wrote. In another exchange, two unidentified employees agreed that they would not put their families on a Max.

It is not clear when regulators will let the Max fly again. Officials who are investigating crashes in Indonesia and Ethiopia have focused on flight control software that was not included on previous versions of the 737. Before both crashes, the software pushed down the plane's nose based on a faulty readings from a single sensor.

More recently, questions have arisen about other problems on the Max including wiring bundles that could be too close together, raising a potential risk of fire. Separately, the FAA has in recent weeks announced it wants to fine Boeing $9.3 million US for installing substandard parts on the wings of some Max jets and other 737s — more than 300 planes in all.

Boeing's problems aren't limited to jetliners, either. Last month a Boeing spacecraft that was to dock with the International Space Station flunked its mission when it couldn't reach the right orbit above Earth.

Boeing announced on Dec. 23 that it would replace Muilenburg. An interim CEO took over for three weeks while Calhoun, who was most recently a private-equity executive, cut ties to other companies.

Calhoun, 62, will get a base salary of $1.4 million but potentially several million more in bonuses and stock awards, including $7 million if he gets the Max back in service.

The Prada bolo tie is already this year’s viral...

3 Ireland's best places to work for 2020 have been revealed

4 Woman Gives Her Number To A Guy On Tinder, And He Won’t...

5 Today's Love Horoscopes For All Zodiac Signs On Thursday,...

6 Women Have No Idea How To Drink Water, According To Stock...