All the sessions from Transform 2021 are available on-demand now. Watch now.


Byju’s is storming into the U.S. kids education market with the $500 million acquisition of Epic, a digital reading platform for children. Their common mission is to make education more personal, interactive, and fun for children.

The deal comes right after Bangalore, India-based Byju’s announced its major product launch for the U.S. last week with the introduction of Learning App featuring Disney as a digital learning app for kids. The effort is part of a plan to invest more than $1 billion in the U.S. educational market, said Byju Raveendran, the cofounder and CEO of Byju’s, in an interview with GamesBeat.

The acquisition is a combination of cash and stock, and it makes for a great payday for the founders of Epic (nothing to do with Fortnite maker Epic Games), Suren Markosian and Kevin Donahue, who started the company in 2013. I knew Markosian as the cofounder of Crowdstar, the social game company that created titles like Design Home before being acquired by Glu Mobile, which was then acquired by Electronic Arts. After leaving Crowdstar, Markosian moved right on to Epic.

Markosian and Donahue made a reading platform for digital devices like iPads that they hoped would help their children learn to read. They wanted to create something that at its heart was fun, as opposed to just being a digital version of a book. 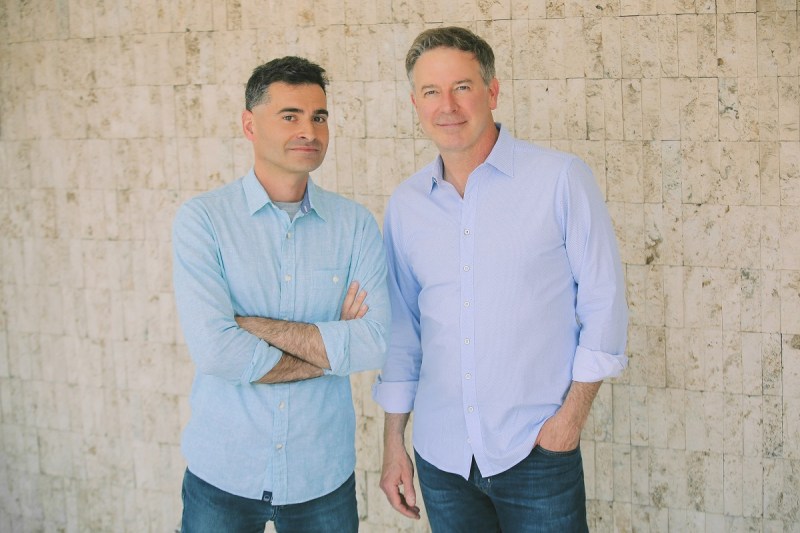 Above: Suren Markosian (left) and Kevin Donohue are the founders of Epic.

“We had this vision and idea that we can bring books to kids through technology and that we can reach all the kids in the world and get them to love reading,” Markosian said in an interview with GamesBeat. “Our mission is to create this platform that enables kids to perform live reading that puts the right book in front of the right child and turns everybody into a reader.”

The company cut deals to make digital versions of books with more than 250 book publishers. Now Epic has more than 40,000 digital books that more than 50 million kids have engaged with in the past year.

That’s what made Redwood City, California-based Epic so valuable to Byju’s, which is all about trying to bridge the learning gaps for children around the world, said Raveendran.

“My son has been using it for the last 2.5 years. So I’m aware of this platform,” Raveendran said. “Once we decided that we want to launch in the U.S. and scale across the K-eight grade, Epic made sense as the largest reading platform globally. It’s also complementary the other way around, where we have multiple other offerings through Osmo with our learning apps and the product we launched with Disney last week.”

Above: Byju’s is acquiring Epic for $500 million.

Byju’s made its first move into the U.S. in 2019 it paid $120 million for U.S.-based Osmo, a startup that I’ve covered from the launch of its first iPad-based learning product in 2014.

Byju’s got started in 2011 after its founders — the husband-and-wife team Byju Raveendran and Divya Gokulnath — saw the edtech opportunity would be big. Raveendran used to teach math offline to 25,000 students at a time in a big stadium in Bangalore, and both founders believed that digital learning could be so much more efficient. They launched their online learning products for high school students in 2015, and now they’ve taken the offline products to online learning via Osmo. They now have more than 100 million users and 6 million paying subscribers for their service.

Their company now has a valuation of $16.5 billion, and it recently raised $1.5 billion in funding to make its acquisitions. In addition to buying Epic, Byju’s also acquired Aakash Educational Services, a physical coaching center company, for nearly $1 billion. Byju’s is backed by General Atlantic, Sequoia Capital, the Chan-Zuckerberg Initiative, Naspers, Silver Lake, Tiger Global, and others. 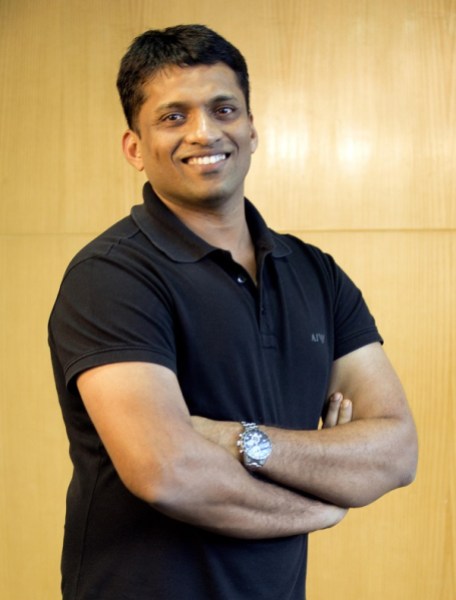 Above: Byju Raveendran is cofounder of Byju’s, which is worth $16.5 billion.

Epic targets kids 12 and under, and Raveendran said it fits nicely alongside the product lines of Byju’s and Osmo. Since acquiring Osmo two years ago, Byju’s has quadrupled its staff in Palo Alto, California. Byju’s itself has more than 10,000 employees, which makes it as big as stalwart video game companies such as Electronic Arts and Activision Blizzard. Epic has about 160 employees. Expansion is likely now.

“Over the next two years, you will see us investing a billion dollars or more in the market,” Raveendran said. “That’s a conservative estimate because we strongly believe that there is an opportunity here to help a lot of students become self-learners and active learners.”

Epic succeeded in part because it was embraced by teachers in the U.S. More than two million teachers are using it, but parents have also been spreading Epic via word of mouth, said Donahue, in an interview.

Raveendran said that both Epic and Byju’s strive to create impactful learning experiences and seek to provide more opportunity and value for children, making this acquisition the perfect synergy for learners in the U.S. Stemming from founder passion on both sides, the two companies share a vision that education is the key to opportunity and that reading inspires curiosity and fuels a child’s love for learning.

Markosian said that the goal is to get kids to clamor for reading and get them to have a lifelong love for it. 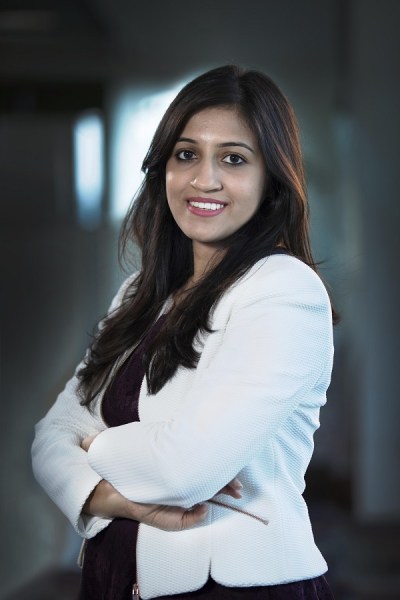 Above: Divya Gokulnath is cofounder of Byju’s.

“We make reading fun,” Markosian said. “We realized that this was the perfect combination for Epic to really grow faster and reach more kids, especially globally.”

In the U.S., Byju’s has started to lay the foundation for encouraging a playground of active learning through its synchronous and asynchronous learning programs. Over time, Raveendran said, Osmo’s computer vision technology should be useful in supporting Epic’s platform, making the reading experience more interactive. Markosian said he was interested in bringing more tech into the Epic products.

“We can make it closer to the kind of content that kids consume when they’re consuming entertainment products,” Raveendran said.

Byju’s Future School, an online one-on-one live learning platform for math and coding, was released last month, which set up 11,000 women teachers to help students learn these subjects in an engaging and interactive way.

2 It’s A Big Week For The Smith Family As House Catches...

3 Ashton Kutcher and Mila Kunis Are Determined to Sell...

7 People On This Group Are Sharing Examples Of ‘Urban Hell’...

8 Pixel-only Photos and Gboard features are coming to more...