As the Ebola outbreak in the Democratic Republic of Congo nears the one-year mark, one of the Canadian scientists who helped design a vaccine for the deadly disease says there isn't enough of the precious preventive tool.

In 2016, the drugmaker Merck, which manufactures the vaccine, entered into an agreement with the Vaccine Alliance in Geneva to maintain a stockpile of 300,000 doses in case of an outbreak.

But "300,000 doses is not enough anymore," said microbiologist and researcher Gary Kobinger, who has been tracking the outbreak from the Centre for Research in Infectious Diseases at Laval University in Quebec City.

"You would need to reach a million, if not two million [people]. 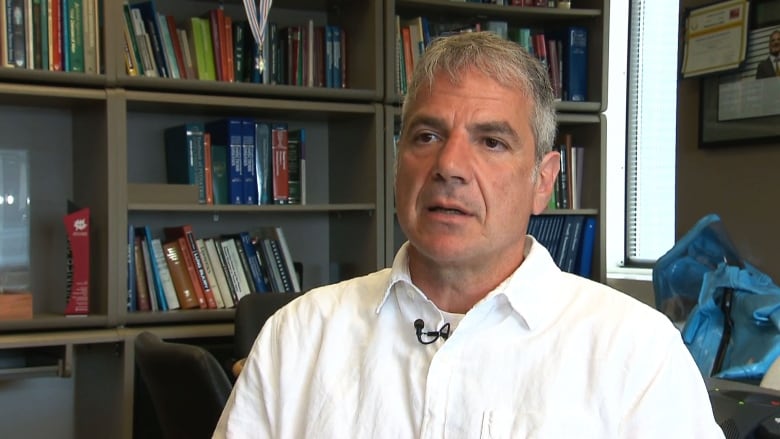 Microbiologist and researcher Gary Kobinger, who has been tracking the outbreak from the Centre for Research in Infectious Diseases at Laval University, said "300,000 doses is not enough anymore." (CBC)

Merck confirmed Friday that it met with the World Health Organization and the Vaccine Alliance in June to discuss supply concerns.

Merck spokesperson Skip Irvine said the company decided to nearly triple the stockpile within the next 18 months.

"We've amplified our commitment now to this greater number of around 850,000 [doses]," said Irvine.

He said they arrived at the figure after consultations with WHO, the U.S. Centers for Disease Control and "other interested parties as to what they believe will be needed in the event that the outbreak continues."

Irvine said Merck has another 250,000 doses ready to ship.

Congo's health ministry first declared the new outbreak on Aug. 1, 2018. WHO reports nearly 147,000 people have received the vaccine since then. But demand is high and growing as health workers try to treat those who have come into contact with people who have been infected.

The rVSV-ZEBOV vaccine was partially developed by a team in the National Microbiology Laboratory in Winnipeg and showed promising results when it was used in 2015, during the largest Ebola outbreak in history in West Africa. The vaccine is now manufactured by Merck and takes nearly a year to produce.

Ebola is highly infectious. To contain it, health workers use a ring vaccination method. First they  vaccinate the immediate circle — those who had direct contact with an infected person. Then they move out, offering the vaccine to everyone in contact with those in the first ring.

Trish Newport, a nurse with Doctors Without Borders who hails from Whitehorse and is currently based in Geneva, said medical professionals "don't see the outbreak diminishing at all."

"We see still these high numbers of cases every week. And so with every new case, you have another ring, you have more people to vaccinate."

Newport witnessed the demand for the vaccine firsthand when she worked in Butembo, the epicentre of the outbreak.

"It's clear that we need to have more vaccine and those 300,000 doses are being used very quickly," she said. "It's such a great, huge tool, and I can't imagine the outbreak if we didn't have it. So it's scary to think about what happens if we run out of it."

Supply not the only problem

According to the World Health Organization, nearly 2,400 people have been infected and more than 1,600 have died from the hemorrhagic fever in Congo. There are new worries it could spread into neighbouring countries, after an infected woman arrived near the Ugandan and South Sudanese border last week.

The woman travelled more than 460 kilometresfrom her hometown of Beni, Congo, to the busy border hub. Upon falling ill, she disclosed that her children had all recently succumbed to Ebola. She then died herself in what's called the Ariwara Health Zone, which shares a border with Uganda's Arua district. 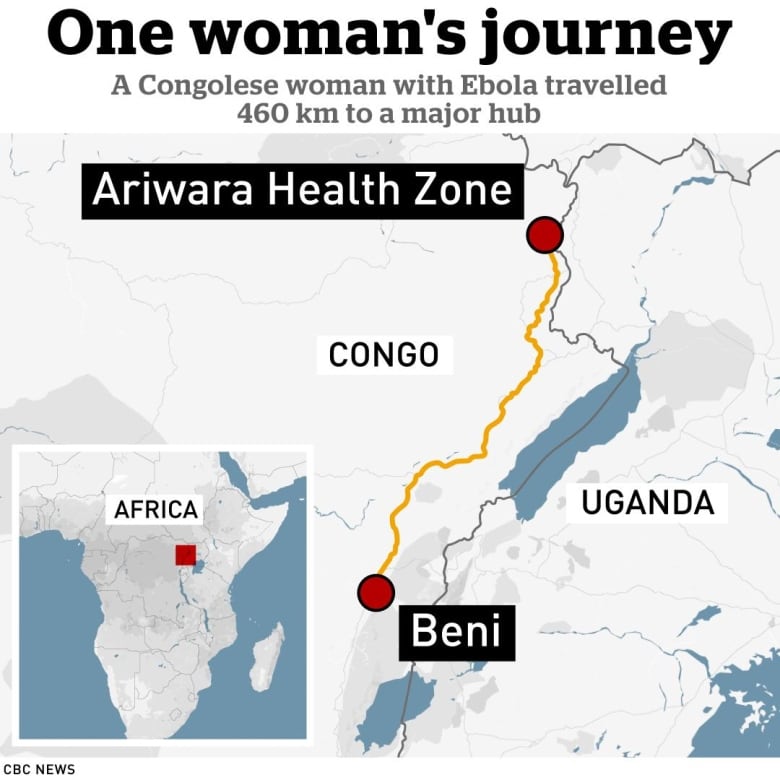 A supply of the vaccine isn't the only problem health workers face. Lack of trust in the region has been a big issue, Newport said. The area was rocked by ethnic violence in December when the United Nations said at least 890 people were killed over a three-day period.

Newport said that violence has hindered trust between foreign health workers and the local population, and made it difficult to get complete lists of who infected people have come into contact with.

"Can you imagine? You don't trust the government. You have a history of massacres and you don't necessarily know who was responsible," Newport said.

"Then you get sick with Ebola and either someone from the government or someone from a foreign organization comes to you and they say, 'Everyone that is really close to you in your life, I'm going to make a list so I can follow them closely,"' Newport said. "I understand completely why they wouldn't give me that list."

Newport said in the last week, 40 per cent of the new confirmed cases were not listed as having had any contact with known cases of Ebola. 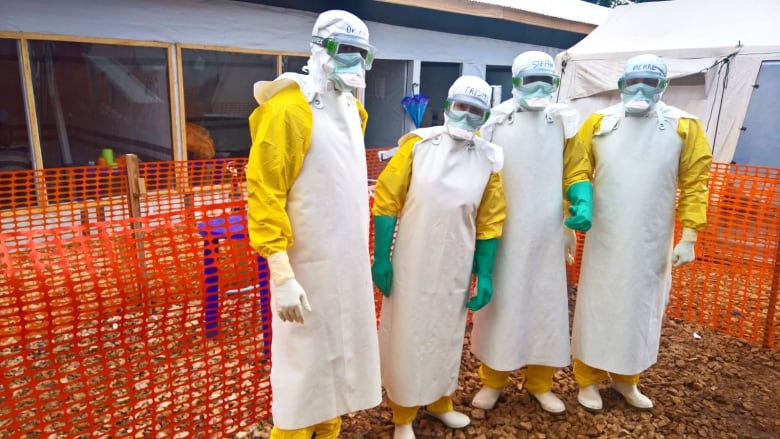 Trish Newport, second from left, and a team from Doctors Without Borders visit an Ebola clinic in Butembo, Congo. (Submitted By Trish Newport)

"This is extremely extremely concerning, because it means that there are cases that are not being identified," Newport said. "It's one of my most serious concerns, because it means there can be a spread of the disease. It means it can go across provinces, across health zones, even across country borders."

Vaccine proving to be effective

The good news, Kobinger said, is that the vaccine has proven to be 97.5 per cent effective during this outbreak.

He said about 72 per cent of the population needs to be immunized to block the spread of the infectious disease.

"You can have a vaccine that is 100 per cent effective, but if you only vaccinate 10 per cent of the population that is susceptible to get the disease … you cannot expect the vaccine to have a strong impact."

California hit by 7.1-magnitude earthquake, the...

2 ‘Awkwafina Is Nora From Queens’ Review: A Perfect Blend...