Catherine Zeta-Jones is a Welsh actress who gained worldwide recognition for her role as the murderous nightclub singer Velma Kelly in the Oscar/Academy award-winning movie, "Chicago"(2002), for which she even won her very first Academy Award for Best Supporting Actress. Jones established herself as a Hollywood sex appeal role model with her marvelous acting roles in several hit movies, "The Mask of Zorro", "Entrapment", "Traffic".

Aspired to be an actress from a young age, Jones made her debut in the film, "1001 Nights"(1990), and since then she hasn't turned back eventually establishing herself as one of the most recognizable actresses in the world. She also has been awarded several honors and awards including an Academy Award, a British Academy Film Award, a Tony Award, and was even appointed as the Commander of the Order of the British Empire(CBE) in 2010.

Besides, she is active on social media sites with over 3.6 million followers on Instagram: @catherinezetajones.

What is Catherine Zeta-Jones Famous for? 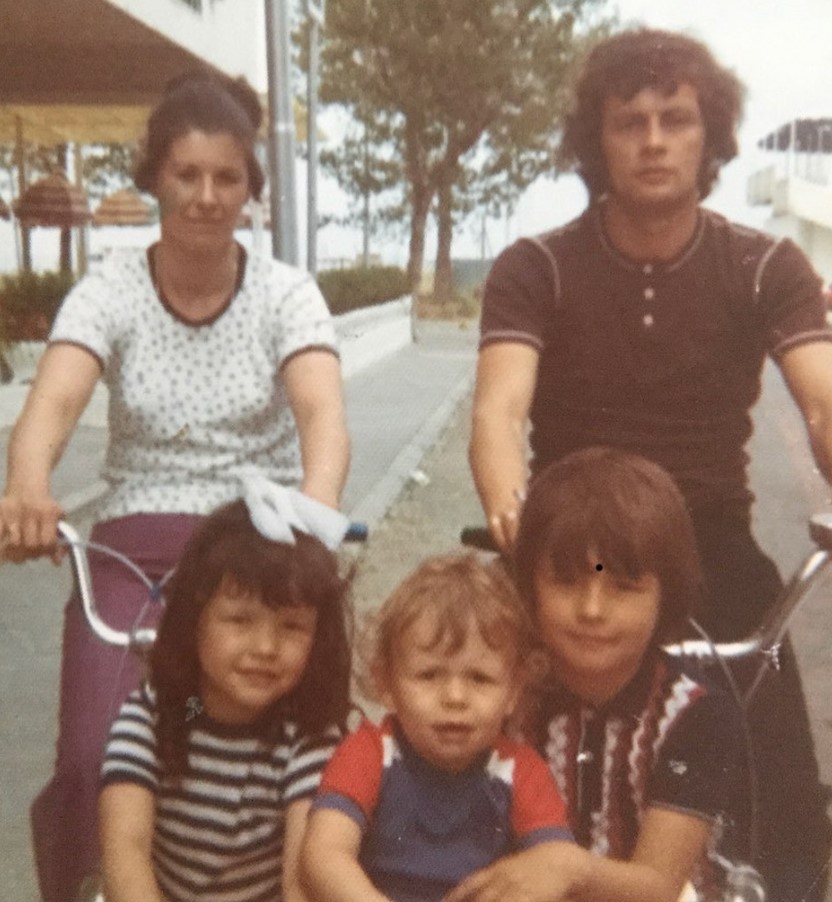 Where is Catherine Zeta-Jones From?

Born as one of the three children to her parents; David Jones(father) and Patricia Jones(mother) in the city of Swansea in Wales, Catherine was raised along with her older brother, David, and a younger brother, Lyndon. Her father, David was a simple Welsh owner of a sweet factory while her mother, Patricia was an Irish Catholic seamstress.

Being a hyperactive child, her mother sent her to the Hazel Johnson School of Dance when she was just 4 and even was the main performer in the theatre group of her local church. She was even selected to play one of the orphan girls in a West End production of the musical, "Annie" when she was just 9.

She was also a national tap dancing champion. She attended the Dumbarton House School but she dropped out of school without obtaining her ‘O-Levels’ and moved to London to pursue her career.

She then went on to attend the independent Arts Educational Schools for a three-year course in musical theatre in London. She got her first major break when she was cast as Peggy Sawyer in the play ‘42nd Street’, in 1987 at age of 18. Jones was just 14 when she made her professional acting debut as the lead role in Annie at the Swansea Grand Theatre. 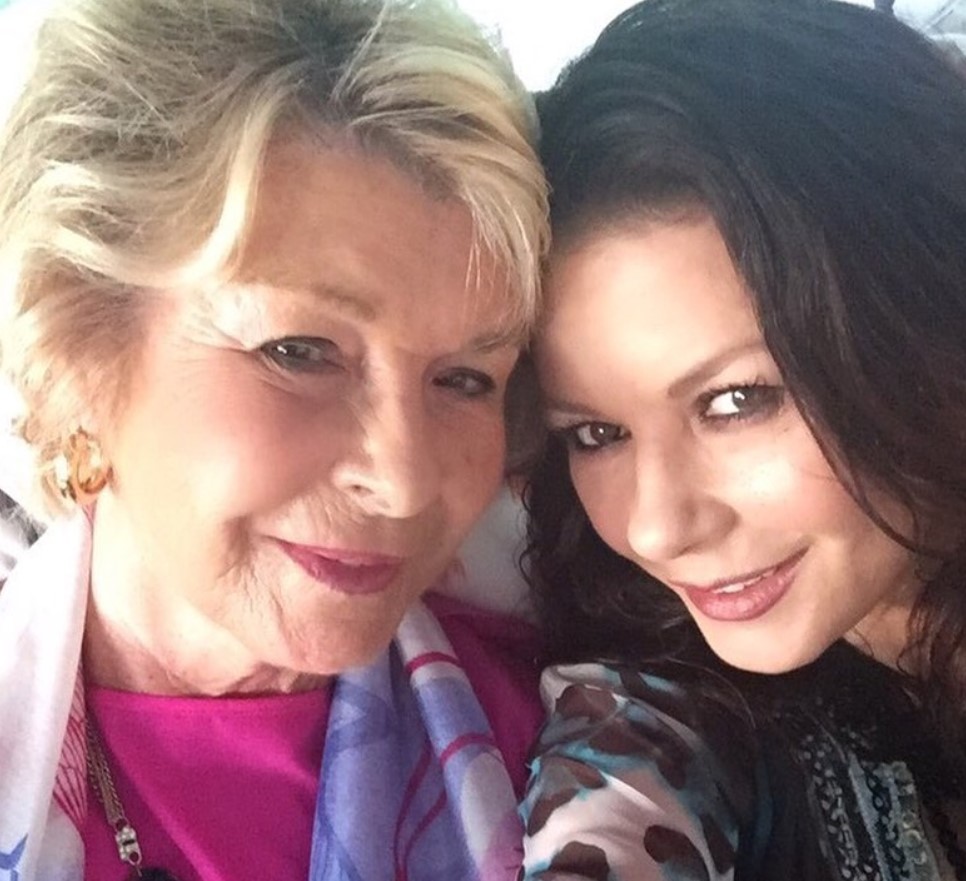 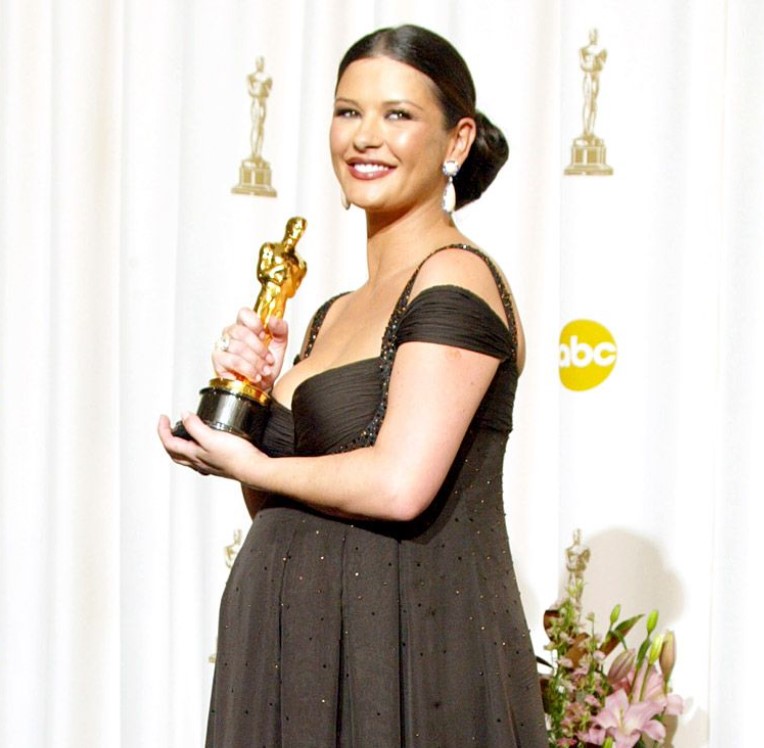 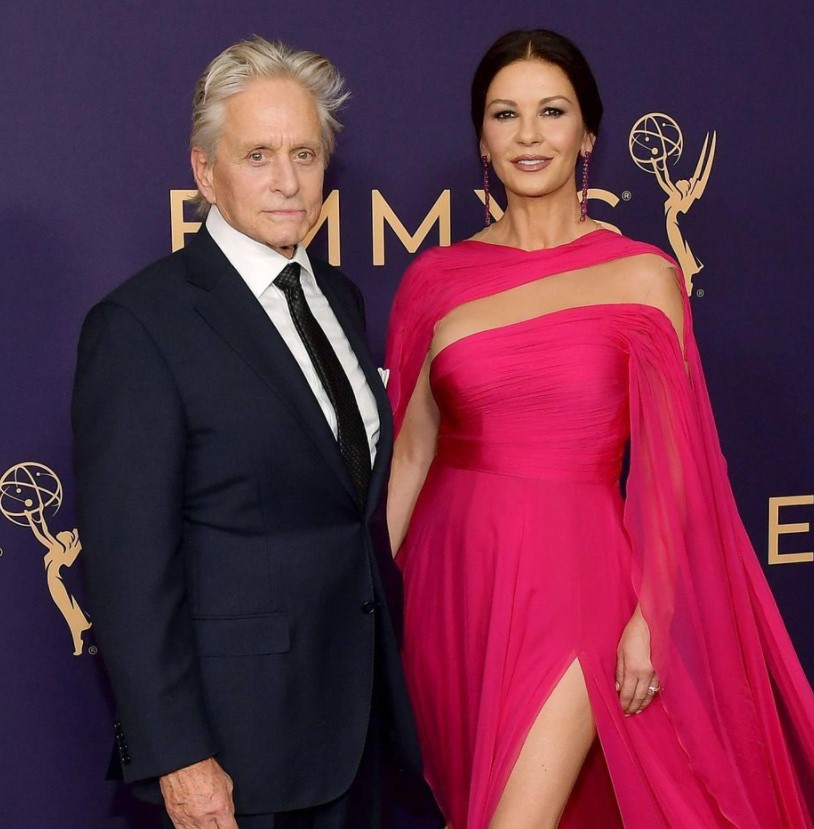 Catherine Zeta-Jones is a married woman and has been married for just once to date. Her first and only marriage is with Michael Douglas. Douglas is also a well-renowned American actor and producer who has received numerous accolades, including two Academy Awards, 5 Gloden Globe Awards for his marvelous acting.

Jones met Doughlas for the first time at the Deauville Film Festival in France in August 1998. They were actually introduced to each other by Danny DeVito. Shortly after the couple began dating each other and eventually got engaged on December 31, 1999. Almost a year later, on November 18, 2000, the couple got married in a high-profile ceremony at the Plaza Hotel in New York after Douglas' divorce was finalized.

Their wedding was so huge that they even had signed a £1 million deal with OK! magazine to release pictures and also had sued the Hello! magazine who surreptitiously took pictures of the event.

Despite the age gap of 25 years, Jones and Douglas have been living a happy luxury life for over 21 years now. They have two children together: a son, Dylan Michael(b. August 2000), and a daughter, Carys Zeta(b. April 2003).

The Douglas family lived in Bermuda until 2009 when they shifted to rural New York State in 2016. Their marriage also faced some problems as back in 2010 when Douglas was diagnosed with tongue cancer, Jones also suffered from depression and bipolar II disorder. Due to the stress of both of their illness, the couple lived separately in 2013 and got happily reconciled in 2014.

Previously, while she was on high peek of her career in the early 1990s, she dated several men including television personality John Leslie, singer David Essex, and pop star Mick Hucknall. She was even engaged to Scottish actor Angus Macfadyen briefly. 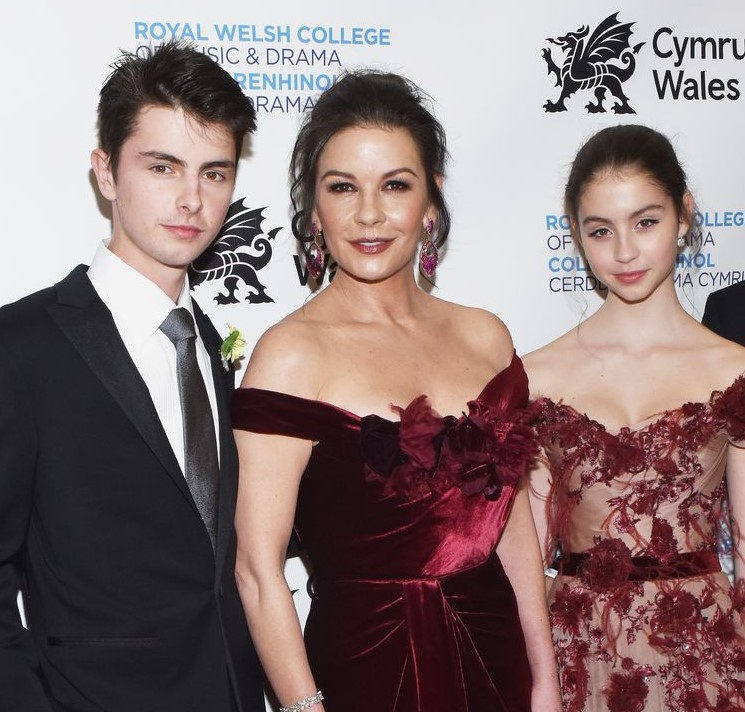 Catherine Zeta-Jones has quite a healthy earnings from her professional career as an actress. Having her career started in the year 1984, Jones has managed to come a long way up becoming one of the most recognizable actresses of the 1990s. With her charismatic acting performances and sex appeal profile, Jones won the hearts of million fans thus earning her more and more opportunities in movies and series.

Her source of income is surely her role in movies, series, and shows. Including her income, her million worth net worth is estimated to be around $105 million.

With her million worth of fortune, she certainly has managed to live a luxurious lifestyle also her husband, Michael Douglas himself being one of the richest actors has a whopping net worth of $350 million.

They even paid $5.07 million for their house in Westchester County. 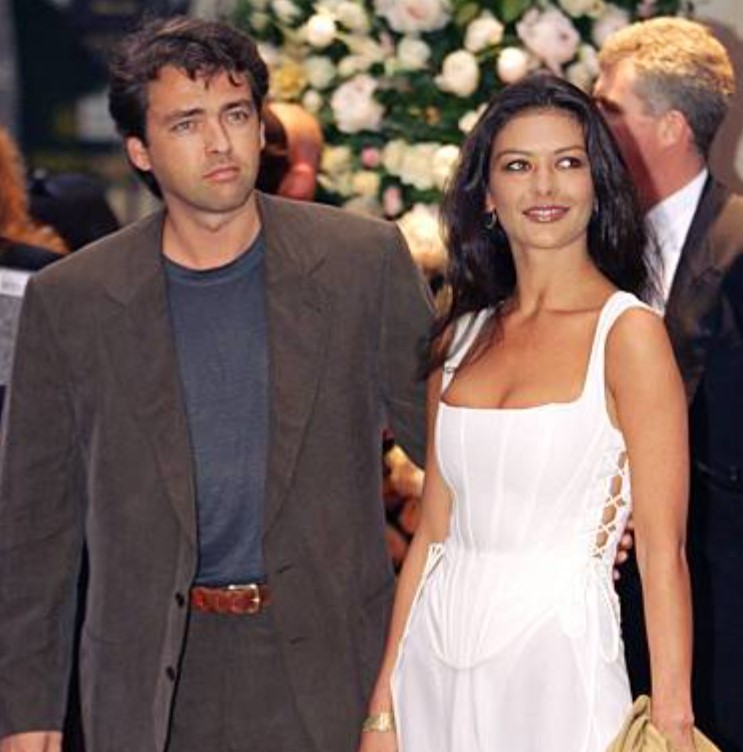 Catherine Zeta-Jones is a gorgeous lady with a well-maintained slim body physique in her 50s. She stands tall with a height of 5ft. 7inch(1.7m) while her body weighs around 57kg(125 lbs).

Even though Jones is in her 50s, she has a jaw-dropping body physique of measurement 37-25-35 inches with 36B as her bra size. She has a fair complexion with dark brown hair and brown eyes.