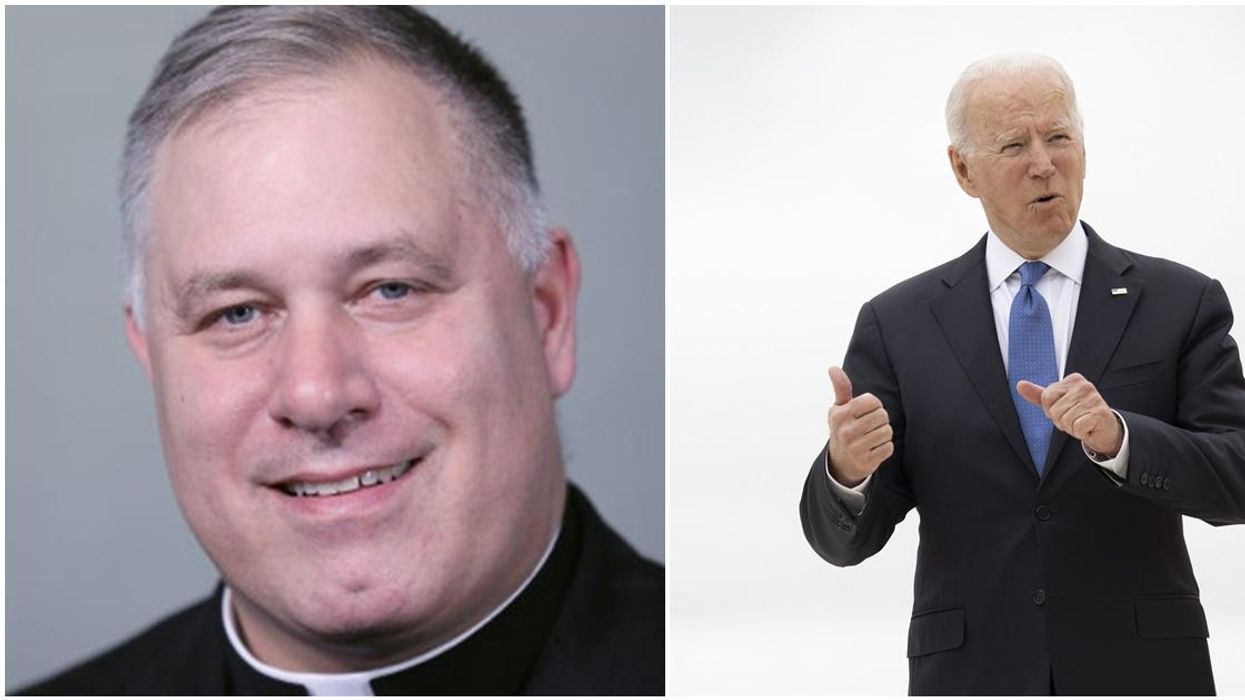 The United States Conference of Catholic Bishops (USCCB) approved a measure last month that could pave the way for the Catholic Church to deny President Joe Biden communion. The conservative bishops hope to prevent Biden from participating in the sacred ritual because of his support for abortion rights.

Biden is a devout Catholic who considered becoming a priest in his youth. He rarely misses mass, holds a rosary while making critical decisions, and often quotes scriptures. When asked about the bishops' decision Biden said it is "a private matter and I don't think that's going to happen."

The bishops hope the new guidance would push "Catholics who are cultural, political, or parochial leaders to witness the faith."

The measure was strongly supported by Monsignor Jeffrey Burrill, the general secretary of the USCCB, but he's been forced to step down due to some serious allegations about his private life. Burrill, a priest from Wisconsin, worked for the USCCB for the past five years and was elected general secretary last year.

"On Monday, we became aware of impending media reports alleging possible improper behavior by Msgr. Burrill. What was shared with us did not include allegations of misconduct with minors. However, in order to avoid becoming a distraction to the operations and ongoing work of the Conference, Monsignor has resigned effective immediately," Archbishop Jose Gomez wrote in a memo to U.S. bishops.

The PIllar, a Catholic publication, found evidence that the priest engaged in "serial sexual misconduct." An analysis of Burrill's phone found that it was emitting data signals from Grindr, a location-based hookup app, on a near-daily basis during parts of 2018, 2019, and 2020.

Grindr is an app designed to bring together gay and bisexual men for sexual encounters. Signals showed that he also visited gay bars and private residences associated with the app.

While using an app to meet people for sexual encounters shouldn't be frowned upon, it's a big no-no in the Catholic church. Especially for someone in a leadership position.

Friar Thomas Berg, a professor of moral theology at St. Joseph's Seminary in Yonkers, New York, told The Pillar that use of such apps is strictly against Catholic doctrine.

Berg said that "according to canon law and the Church's tradition, clerics are obliged to observe 'perfect and perpetual continence,' as a reflection of what should be our lived pursuit of our spousal relationship with the Church and with Christ."

Homosexuality, along with all sexual activity outside of heterosexual marriage, is considered a sin in Catholic doctrine.

Burrill appears to be an even bigger hypocrite because the USCCB has opposed LGBTQ equality, same-sex adoption, and the development of an LGBTQ suicide hotline. It has also promoted anti-trans legislation.

It always seems to be that the religious folks who judge the harshest always wind up having something to hide. It's a shame that Catholics such as Burrill are forced by doctrine to live their lives in the shadows. But shouldn't that make them more compassionate towards fellow sinners instead of the first to judge?

TikTok’s Recommendation Algorithm Is Even More...

What It's Like To Get Demoted For Not Sleeping...

3 Sanditon Reveals How Charlotte Moves On From Theo James'...

7 The Best New Movies and TV Shows to Stream This Week:...

9 More than 100 killed after monsoon in India triggers...