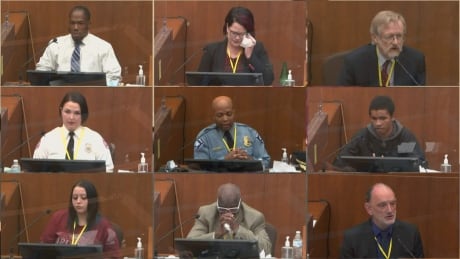 CBC's Susan Ormiston takes a look back at 14 days of testimony at the murder trial of former Minneapolis police officer Derek Chauvin, who is charged with killing George Floyd, a 46-year-old Black man who died after Chauvin pinned him to the ground by kneeling on his back and neck for about nine minutes while two other officers held him down.

Street Artists Come Up With Heartening Way To...

The Morning After: SpaceX's Starship secures a...