Joe-Warren Plant has reportedly moved out of the home he shared with girlfriend Nicole Hadlow after arguments over his ice skating partner Vanessa Bauer.

The Emmerdale actor, 18, is thought to have moved back to his mum’s in Blackpool after having rows, with it ‘not looking too hopeful’ he’ll be able to patch things up.

Speaking with The Sun, a friend said: ‘Joe and Nicole’s relationship has come under strain because of the amount of time he was spending with Vanessa on the ice. 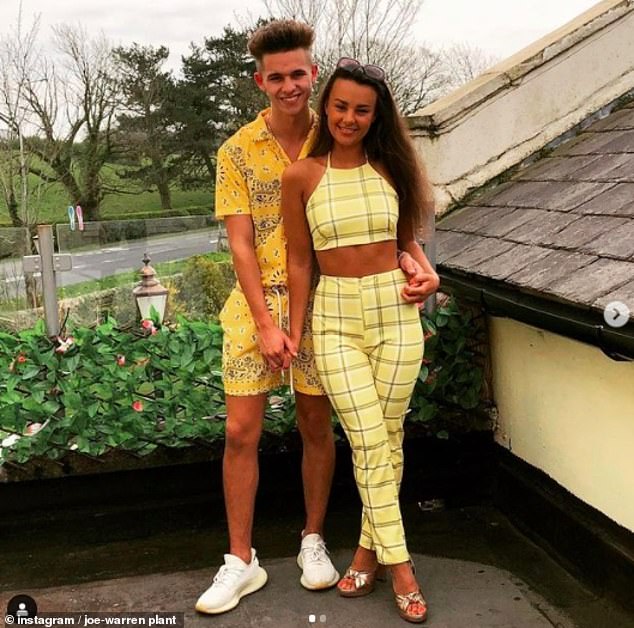 Claims: Joe-Warren Plant has reportedly moved out of the home he shared with girlfriend Nicole Hadlow after arguments over his Dancing On Ice skating partner Vanessa Bauer

‘They’ve been rowing a lot so decided earlier this month it was best Joe move out. It wasn’t what he wanted… but his dedication to the show has put their romance under pressure.’

They added that the actor is hoping to use the Christmas break to work things out with Nicole, however added: ‘It’s not looking too hopeful at the moment.’

MailOnline has approached Joe and Vanessa’s representatives for a comment.

It comes after insiders alleged lash technician Nicole was not impressed with the time Joe was spending training and deleted snaps of the pair from Instagram. 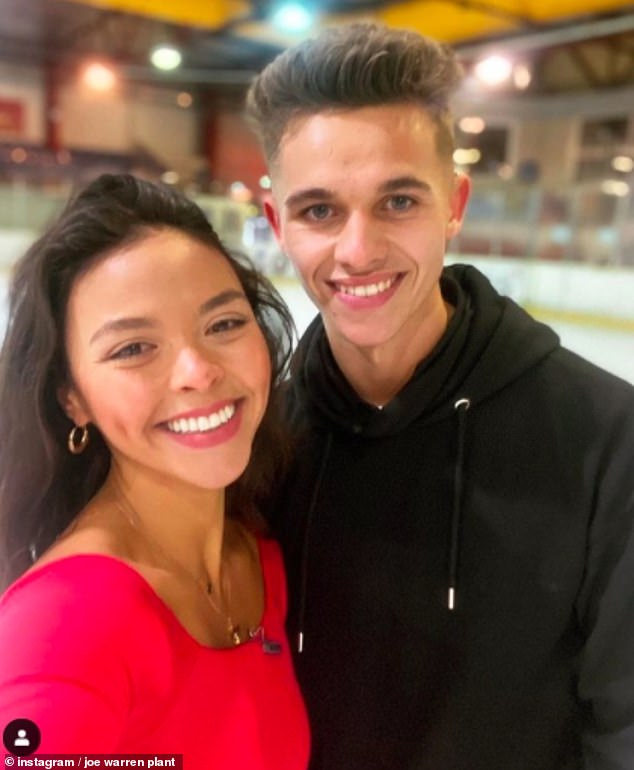 In training: It is thought that Joe and Nicole had been fighting about how much time he had been spending training with Vanessa (pictured at the ice rink together)

Last week a source told The Sun: ‘Joe and Nicole have had a series of rows in recent weeks…

‘Nicole deleted all the recent snaps of them on Instagram recently and has been leaning on her family and friends.’

Joe has been dating Nicole since 2017, while their union was first revealed in 2018, thanks to slew of snaps that Joe posted to Instagram.

The actor, who is best known for his role as Jacob Gallagher in the ITV soap, and Vanessa have been sharing regular updates from their time on the rink. 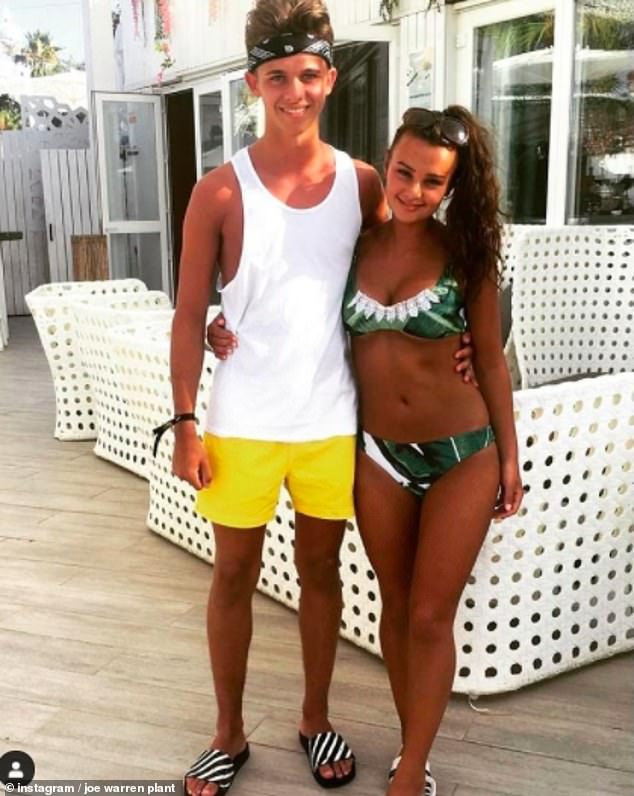 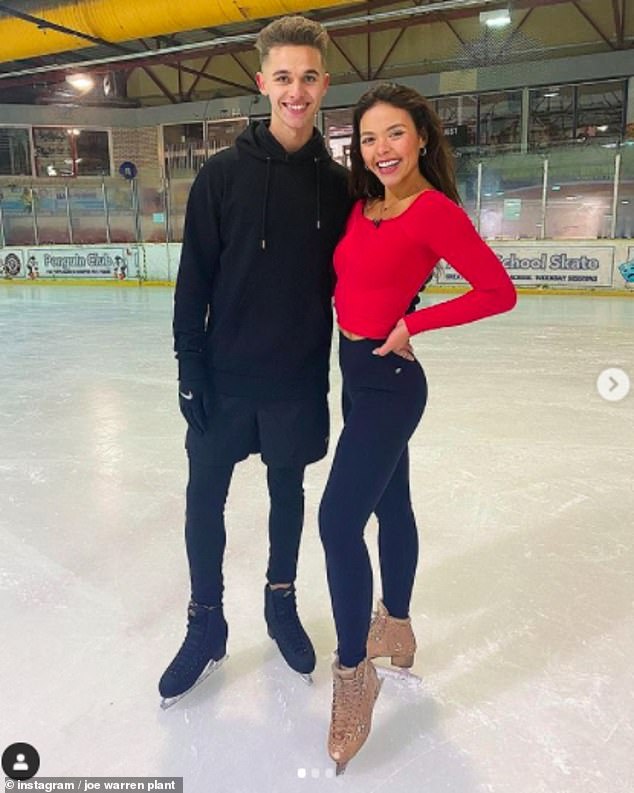 Revelations? It comes after insiders alleged lash technician Nicole was not impressed with the time Joe was spending training and deleted snaps of the pair from Instagram (Joe is pictured with Vanessa)

Sharing an array of videos and snaps from their fun-filled rehearsals last week, Joe revealed they had been given their first routine, which was possibly to the tune of Justin Bieber’s Yummy.

The hint came from a slew of the videos shared by both of the dancing duo, with the hit track playing in the back while they zipped around.

In January 2019, Vanessa sparked controversy with her dance partner Wes Nelson, whose then-girlfriend Megan Barton Hanson publically slammed the ice skater for her behaviour with the Love Island hunk.

Rumours of a fling later emerged and Megan and Wes split.

Vanessa remained defiant, as she hit back at the claims, posting on Instagram at the time that rumours of a fling with Wes are ‘lies’. 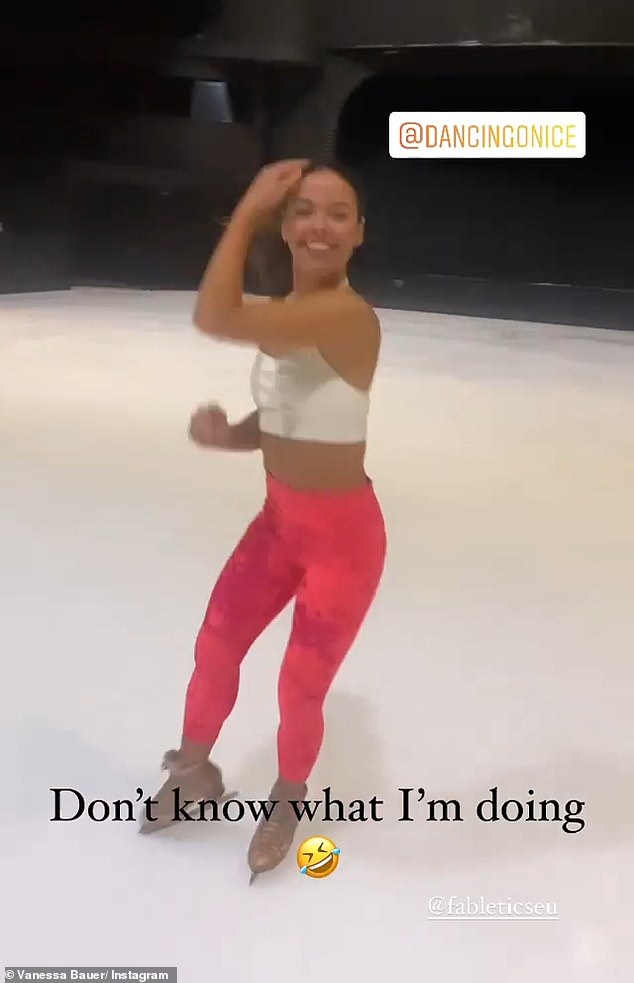 Zipping around: They have been documenting their rehearsals on social media