Dead by Daylight's latest killer is a K-pop star

The roster of killers in Dead By Daylight reads like a who's who of horror icons. Michael Myers, Freddy Krueger, Leatherface, Stranger Things' Demogorgon and Pyramid Head from Silent Hill are all in the lineup. The latest dreaded killer comes from an entirely different background: K-pop.

The Trickster is K-pop star Ji-Woon, who developed an addiction to murder after the thrill of musical stardom faded. He grew jealous of fellow members in the boy band NO SPIN and left them to die when a fire broke out in their studio. He can use throwing knives to his advantage as he hunts survivors and, like the other killers, he has a few unique perks up his sleeves.

Along with the latest killer, there's a new survivor coming to Dead by Daylight. Yun-Jin Lee is a music producer who recruited Ji-Woon into NO SPIN. Among her perks is one called Smash Hit (get it?), which allows her to sprint away after stunning a killer with a pallet. She'll also receive boosts when her teammates are in danger.
To make sure it accurately portrayed the K-pop industry and community, developer Behaviour Interactive worked with Kevin Woo from K-pop band U-KISS and producer DJ Swivel, who has collaborated with BTS. The studio gave another nod to K-pop with the title of the latest chapter, "All-Kill." It's a K-pop term that refers to a song reaching number one on every real-time chart.
Behaviour hasn't revealed when you'll be able to unlock The Trickster and Yun-Jin in the full game. For now, you can try them out on the Player Test Build on Steam. The latest test build also includes colorblind modes and chat filters, along with tweaks to a few perks and killers. 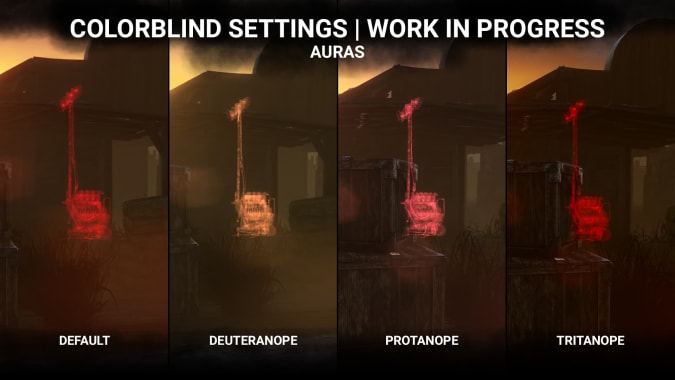