Remarkable talent goes a long way in this world. The cheerful artist that specialized in “wet-on-wet” paintings, known as Bob Ross, may have passed away over 20 years ago, but we’re thrilled to announce that his amazing legacy still lives on! It’s all thanks to the ways of the modern 21st century, more specifically, the world wide web. 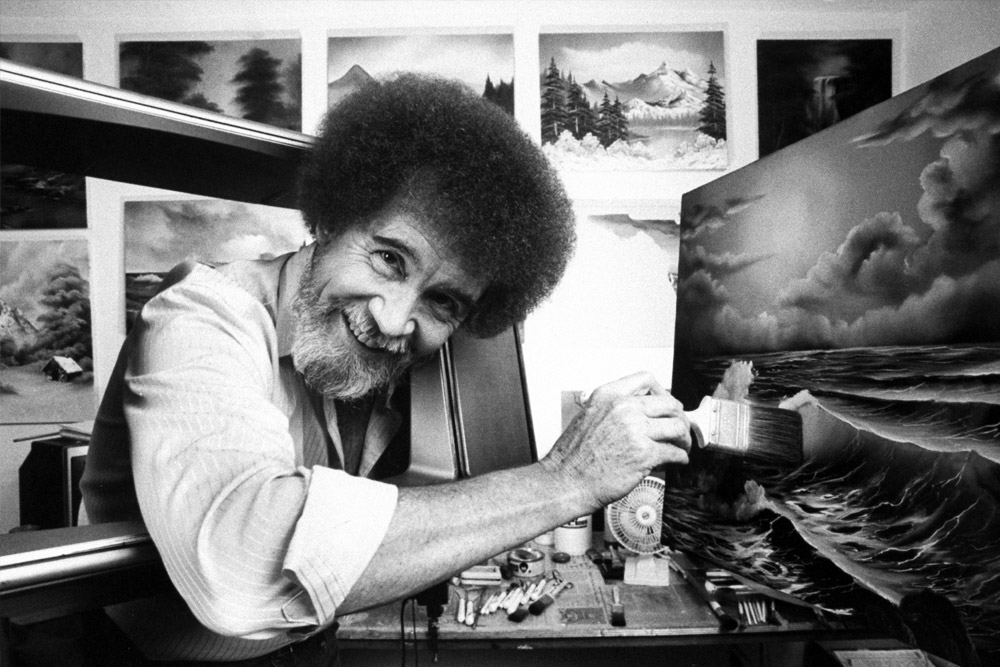 If you remember anything about this talented artist, you’ll recall his Joy of Painting series. This television show allowed the American art instructor to share his creative techniques to the world, letting viewers build their very own masterpieces, Bob Ross style! The show may have aired between 1983-1994, but it’s suddenly resurfaced online, and we can’t wait to get stuck in!

Bringing Back the Artistic Magic

Back in the day, Joy of Painting aired on the PBS channel. In recent news though, the popular series has returned to our screens via the general-interest streaming service, Twitch. Obviously, technology has advanced a whole lot more than the days Ross’ show originally aired, so as predicted, the number of viewers who tune into his show today has risen immensely.

To be specific about things, a whopping total of 5.6 million people have signed in to watch this creative legend do his thing; now that’s quite something! Combine this man’s flair for teaching with his undeniable joy, and you’ve got yourself the winning combination for a hit show. 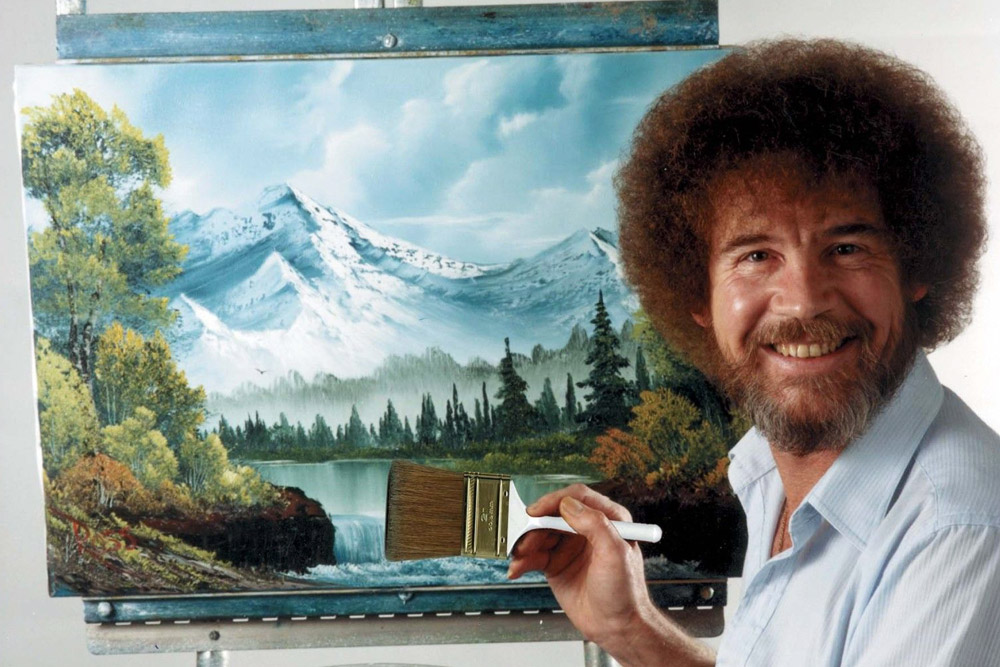 Things seem to be going from strength to strength for the late-painter in today’s world. Not only are viewers finding a great deal of entertainment from his educational little shows, but the Twitch series has actually spurred on a growing fanbase, keen to follow in the American television host’s inventive footsteps. Get ready to feel super inspired!

Landscape painting has never been such a popular hobby. Hopping over to the world of Facebook, and the admiration people hold for Mr. Bob Ross becomes clear. Lovers of the U.S. painter frequently contribute to the fan page, named the “Official Bob Ross Fan Studio” among a series of other online platforms. Now, let’s focus on what’s going on in the real world.

Sure, Mr. Ross has received a huge influx of online fans, but this love spreads outside of the internet. According to recent news, 3,549 super fans have taken on the exciting challenge of becoming a Bob Ross protege; and it’s just as impressive as it sounds! 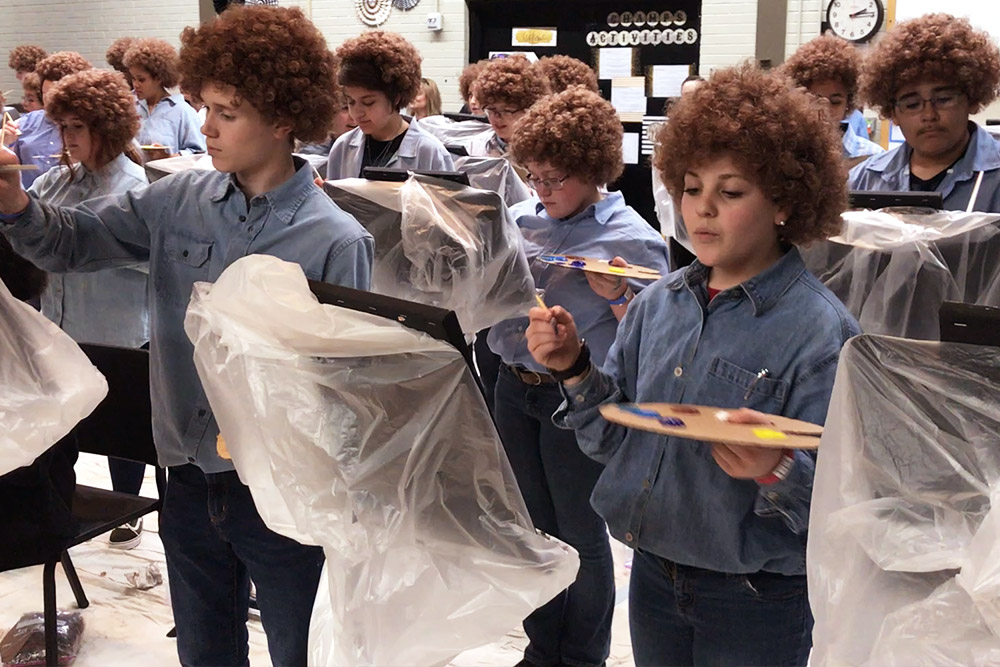 Across 39 countries around the globe, people are signing up to become Certified Ross Instructors. To clarify a little, these are aspiring teachers who undergo three weeks’ worth of intensive training, learning the ins and outs of Mr. Ross’ techniques before getting tested on all their knowledge. That’s a lot of time spent studying paintings!

Once students pass their exams and complete their several paintings, they receive a certificate on behalf of Bob Ross Inc., a company set up by Annette Kowalski, Ross’ former business partner. Now that the process is all cleared up, let’s investigate how Bob Ross’ loyal fanbase feels about the artist’s sudden viral boom.

As you can probably guess, the loyal Bob Ross fanbase is overjoyed by the sudden popularity of these teaching courses! The more Bob Ross proteges we have in this world, the more chances we have of keeping his artistic dream alive; now is that inspirational or what? In a recent interview, Kowalski’s daughter, Joan, made her opinions clear.

According to Joan, the resurgence of Mr. Ross’ educational art shows has allowed so many people to “remember their childhood again even though we’ve always been here.” In other words, people are able to tap into a creative side they didn’t know they had! 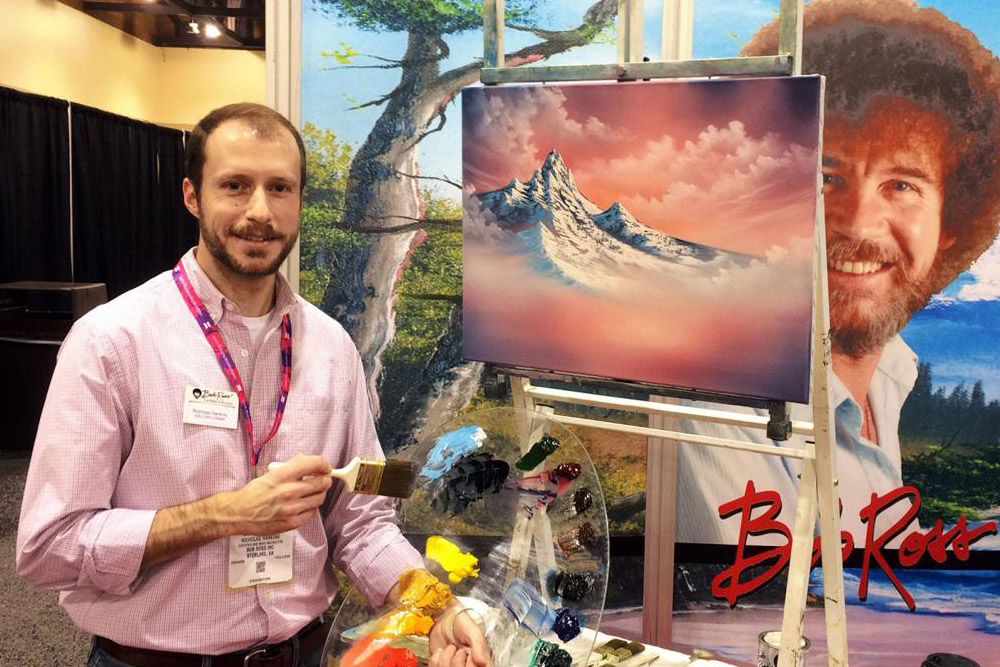 So, whether you want to become a fellow Bob Ross protege, or simply like the idea of getting stuck into a good old art show for some relaxation time, we strongly suggest you give these Joy of Painting reruns a watch! You never know, you could just become the next artistic mastermind.

Joe Biden tells audience: "I may be Irish but...

2 Family Asks Neighbors To Help Them Pick Paint For Their...

8 Rich Torontonians Eyeing An Exodus From City After...

9 Facebook is an arbiter of truth, whether Mark Zuckerberg...

10 ‘Cobra Kai’ Closing In On New Streaming Home With YouTube...