Deran Sarafian is set to direct Trigger Happy, an indie neo-noir thriller that centers around a desperate waitress in a dead-end town who meets the man of her dreams. Only he is not who he seems and neither is she.

Shawn McLaughlin and Mike Mityok co-wrote the screenplay, which is described as an American road cinema of the ‘70s, such as Vanishing Point, Badlands, and neo-noir thrillers like The Long Goodbye, Body Heat, and Blood Simple. McLaughlin is producing with Jaye Gazeley, under their Canadian-based production company Marauder Films, along with Gabrielle Almagor. Filming is slated to commence next year.

Sarafian is a veteran TV director and executive producer, whose credits include House, Swamp Thing, Rosewood, among a number of others. He’s repped by The Gersh Agency and Zero Gravity Management. 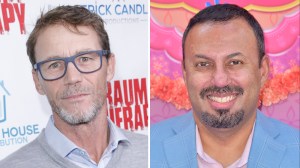 Based on Rosenbaum’s off-Broadway play of the same name, the story takes place in a world overshadowed by fear. When a bombing happens, a single father and daughter retreat to their basement shelter, and are faced with the choice of which neighbors to let in their safe haven. Soon, conflicts arise from the ethnic diversity of the occupants. When the building above is bombed, the nine neighbors are trapped and must work together to survive the night… and each other. The pic is being produced by Subterranean Cinema. 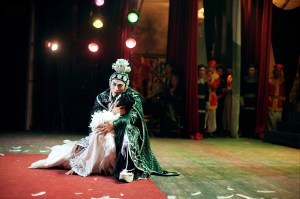 Breaking Glass Pictures has picked up the U.S. distribution rights to Song Lang, a drama co-written and directed by Leon Le. The pic will get a virtual theatrical release on October 9  followed by an on-demand and DVD release November 11. Set in 1980’s Saigon, Song Lang centers around the unlikely bond that develops between hunky, brooding Dung (Lien Binh Phat), a tough debt collector for a ruthless loan shark, and Linh Phung (V-pop star Isaac), a charismatic young opera singer for a struggling company that performs Cai-Luong, a modern form of traditional Vietnamese folk opera.

The two meet when Dung comes to forcefully collect a debt from the opera troupe, but when their paths cross again, a friendship develops, awakening surprising, tender feelings in both men. With his first feature film, director Leon Le has delivered a rich drama: a smoldering relationship between two apparent opposites–equally uncompromising–set against the backdrop of a gorgeous, fading art form.

Why Joel Kinnaman Couldn’t Recognize Himself...