Three years after Sean “Diddy” Combs former girlfriend, Kim Porter, passed away in his Los Angeles mansion, the home has been listed for sale.

The San Fernando Valley property served as the longtime residence of Porter, who shared four of six children with the rapper, according to Dirt.com.

Pegged as one of the best streets in L.A.’s Toluca Lake neighborhood, Combs is asking for $7 million for the six-bedroom, seven-bathroom abode.

The neighborhood is also home to the likes of Sia, Viola Davis, Steve Carell and Billy Ray Cyrus.

Porter, the model and actress who dated Combs for nearly 13 years was found dead in the mansion at age 46 from pneumonia (Note: Some outlets report her age as 47 at time of death). 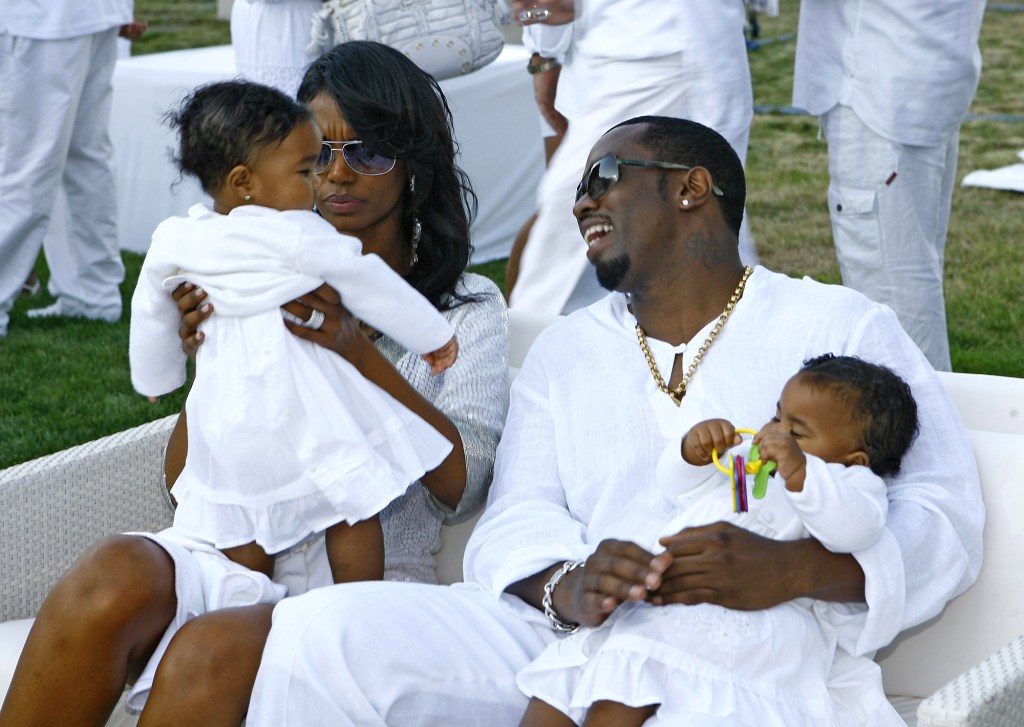 Spanning over 9,600 square feet, the home is situated on a half acre lot.

Features of the East Coast traditional-style home include a two-story entry foyer that leads to high-ceiling family rooms, and expansive kitchen, and opens to the patios. 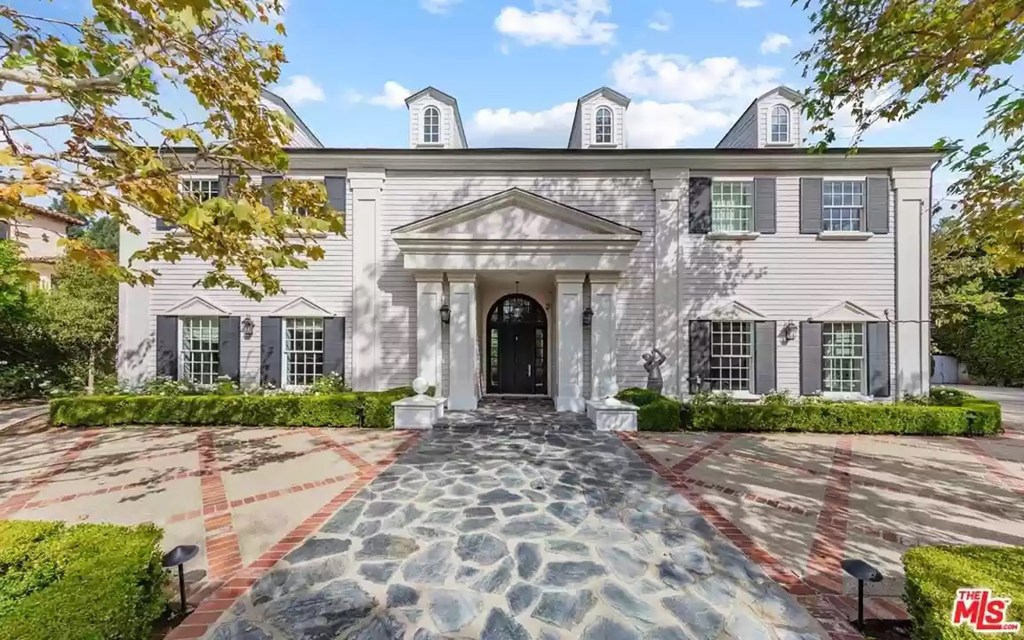 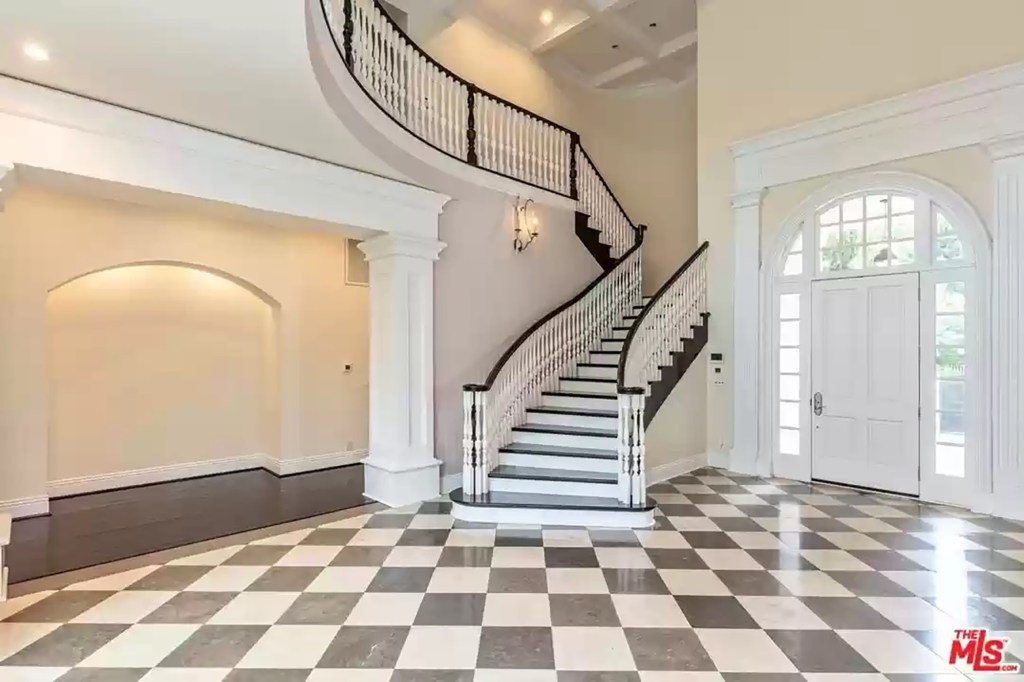 The foyer which leads to the spiral staircase. Realtor.com 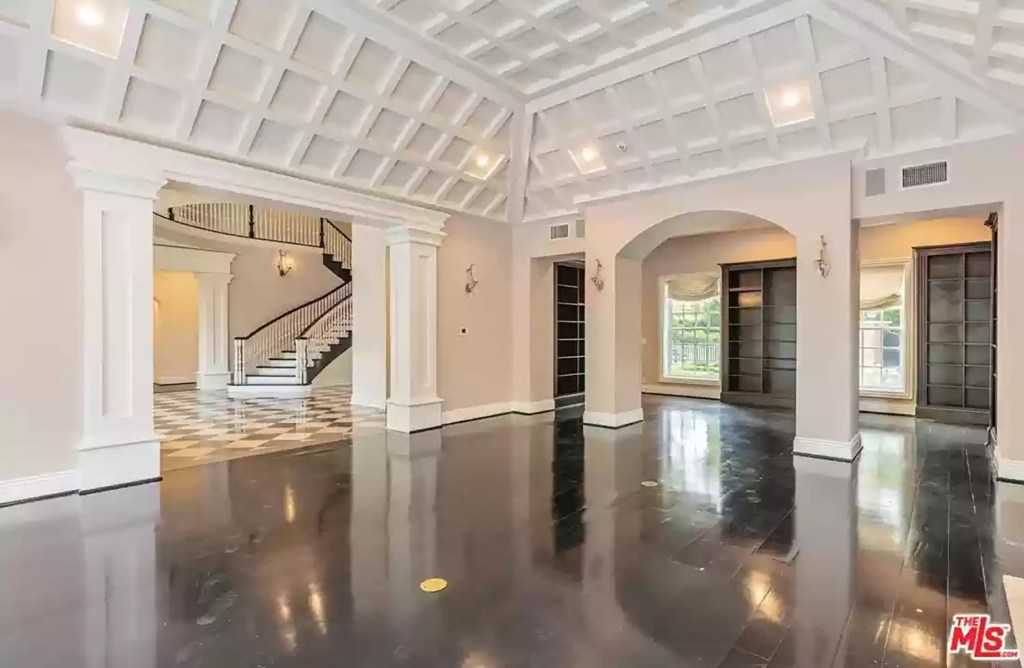 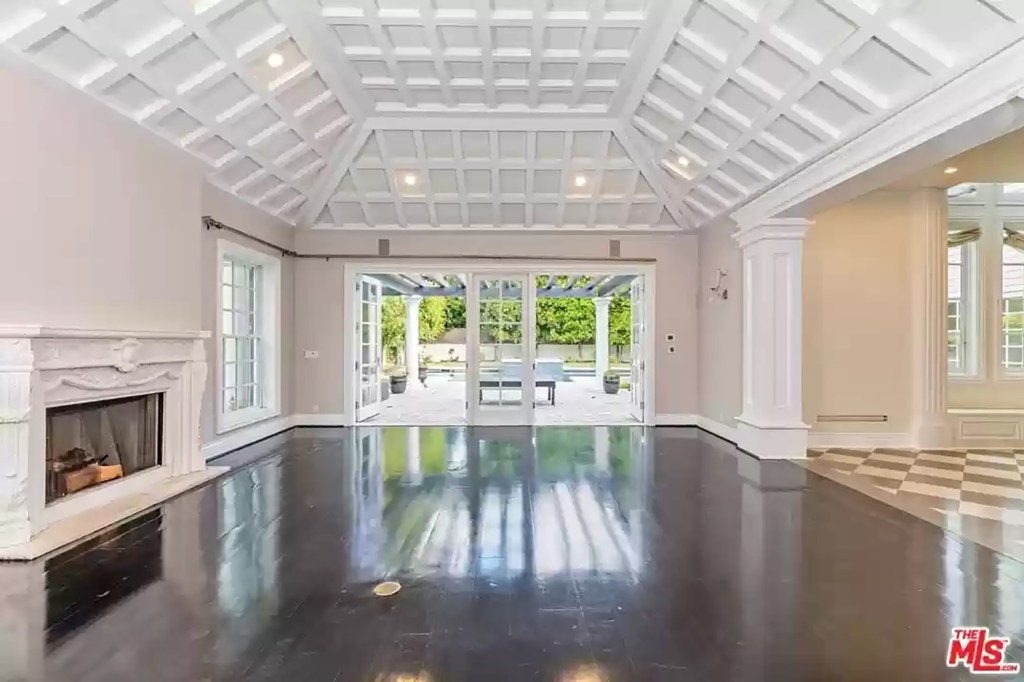 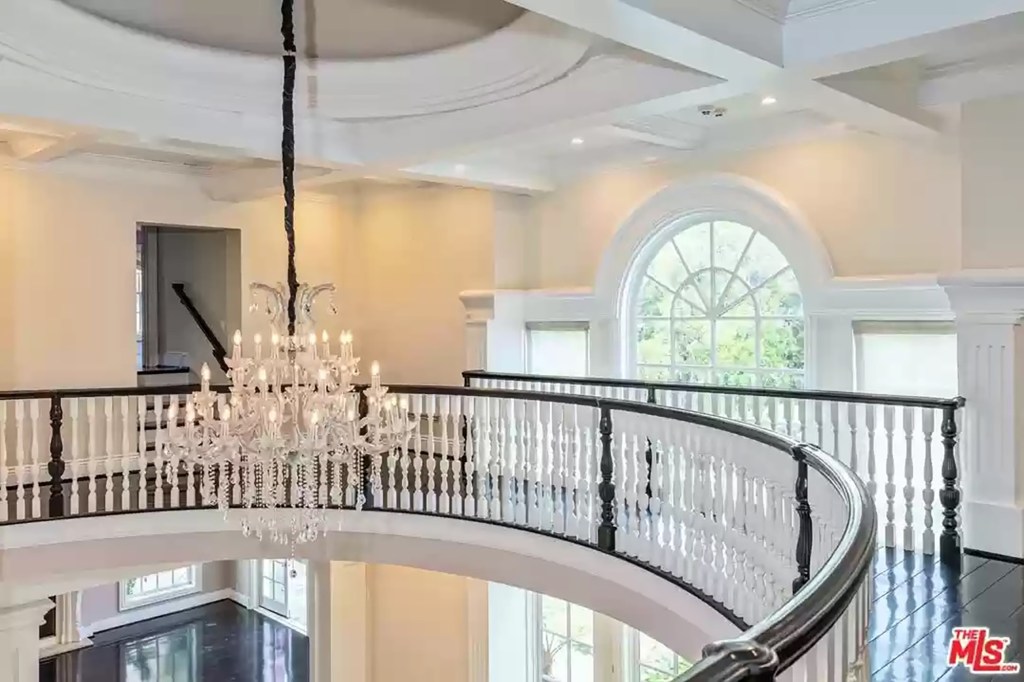 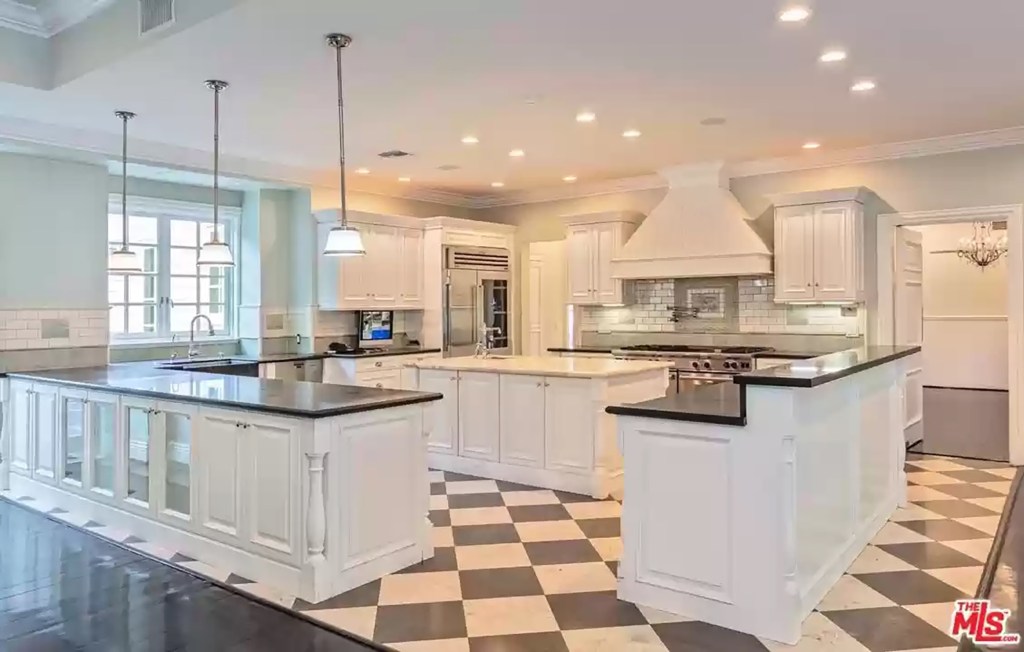 The kitchen with a marble island. Realtor.com 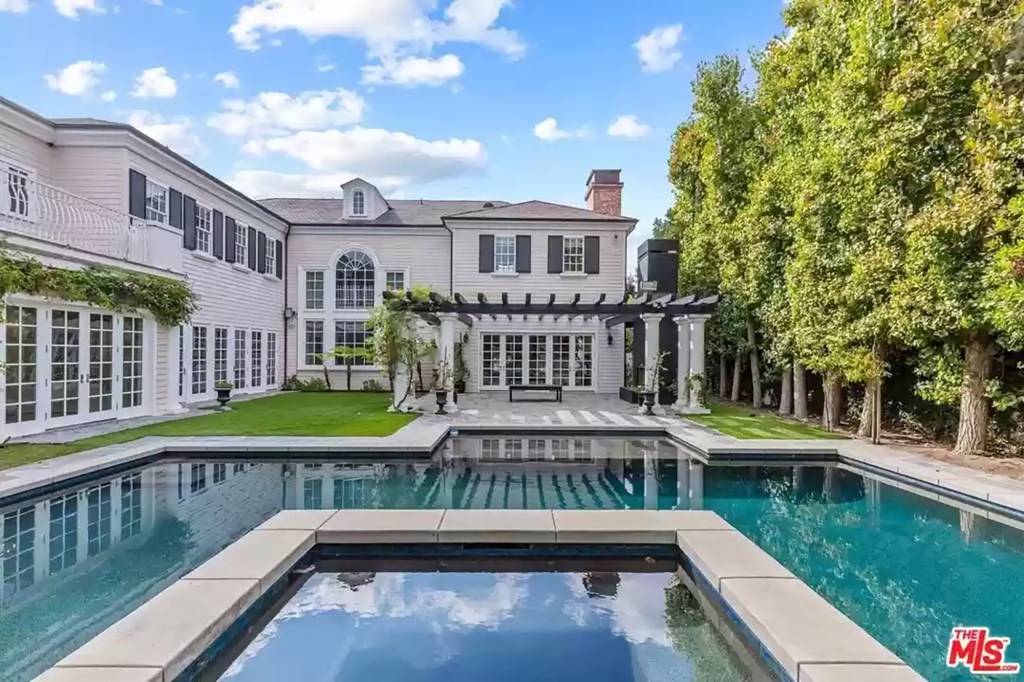 The pool and spa. Realtor.com 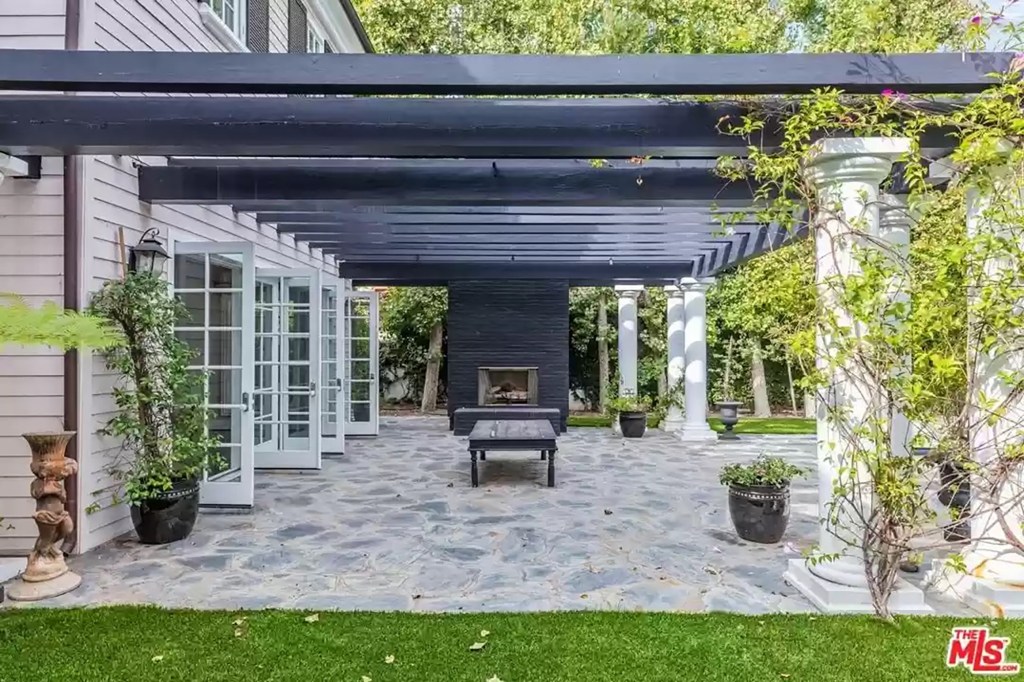 The expansive patio with a fire place. Realtor.com

The home also comes with a family-sized pool and spa, a large lawn, and a sports court.

Fully gated, with a 24-hour security system, the home is designed for optimal privacy.

The listing does hint that the house may need some updates, noting that “[This] stunning traditional is ready for the next owner’s updated finishes.”

“Three days before she passed, she wasn’t feeling well,” Combs shared in a May 2109 issue of Essence. “She had the flu, and she sent the kids over to my house so they wouldn’t get sick. One night I was checking on her, and she was like, ‘Puffy, take care of my babies.’ She actually said that to me before she died.”