EastEnders spoilers reveal that Callum Highway will be left shocked after hearing Ian Beale’s voice when he listens to the 999 call that alerted police to the car heist.

The police officer (played by Tony Clay) was previously threatened by Kush Kazemi (Davood Ghadami), who said he will take his boyfriend Ben Mitchell (Max Bowden) down if he’s arrested.

And Callum will be faced with another difficult ultimatum after he discovers it was Ben’s half brother Ian Beale (Adam Woodyatt) who made the 999 call to the police. 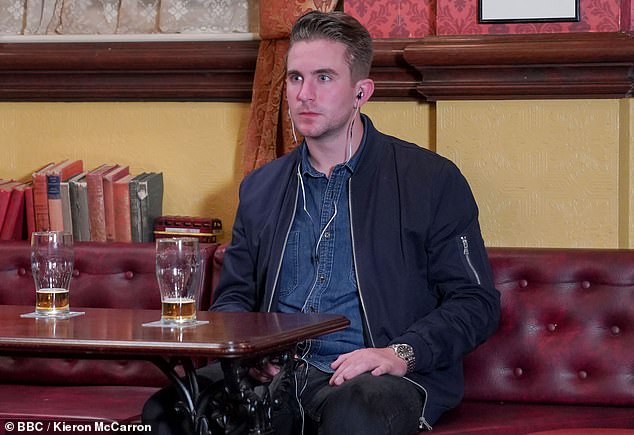 Discovery: EastEnders spoilers reveal that Callum Highway will be left shocked after hearing Ian Beale’s voice when he listens to the 999 call that alerted police to the car heist

It remains to be seen whether Callum will decide to break it to his boyfriend about his discovery, which had already been revealed to viewers.

But the fivesome were unaware that DI Thompson and Callum had bugged the Arches, listening in on their plan.

While things went from bad to worse when Ian Beale tipped off the police to which they linked the two incidents together and headed to the insurance company. 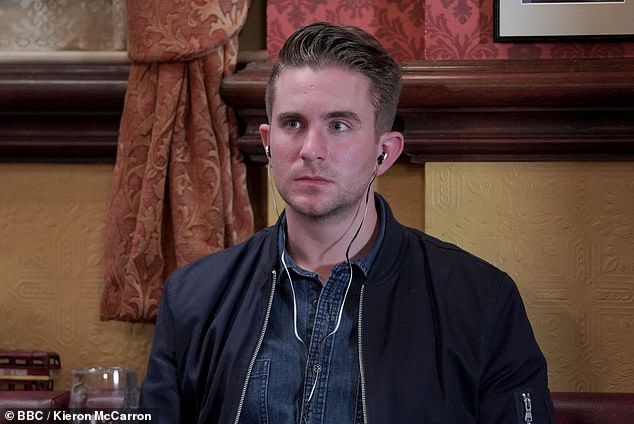 Secret: It remains to be seen whether the Callum will decide to break it to his boyfriend Ben Mitchell that his half-bother alerted police – which had already been revealed to viewers

During the robbery, Kush got the code on the gate mixed up just as the police were nearing the premises.

After eventually opening the car park gates, Ben, who didn’t see a warning text from Callum, was able to speed off in his stolen motor while Phil and Kush were still left.

Kush struggled to start his stolen car with Phil and Kat pleading with him to escape in their vehicle, which also had Shirley.

Yet the character refused to get in and insisted he would speed off in his vehicle, with Phil quickly escaping with Kat and Shirley.

Kush was unable to escape in time as the police surrounded him, with the character legging it on foot while Callum and another officer were in hot pursuit. 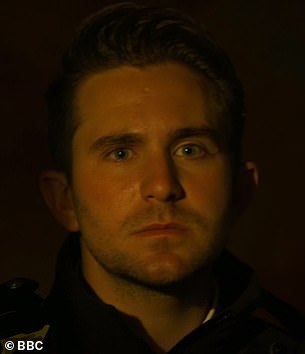 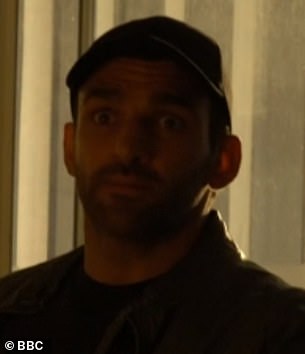 Decisions: Police officer Callum was previously threatened by Kush Kazemi (Davood Ghadami), who said he will take his boyfriend Ben Mitchell down if he was arrested 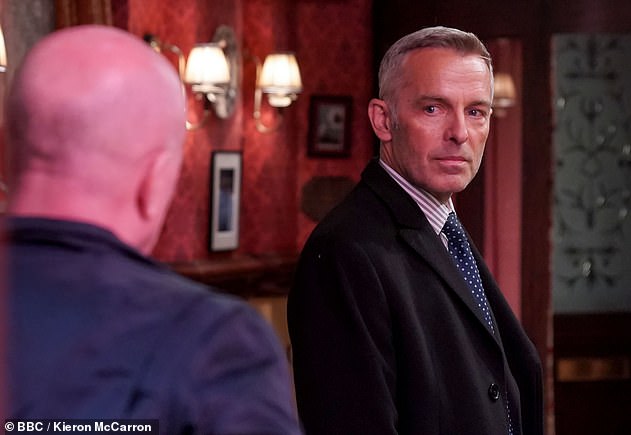 Going down? DI Thompson became determined to see Phil pay after he actually spotted him at the scene of the car heist before he quickly escaped with Kat and Shirley

After thinking he had escaped, Callum cornered him as he attempted to arrest him for the crime.

Thinking on his feet, Kush decided to blackmail Callum and said that he would take Ben down with him if he ended up in prison.

Fearful Ben could end up behind bars, Callum let him go, with Kush punching him in the face to make things look realistic.

The aftermath of the robbery sees Kush holed up in the attic after fleeing the scene, with things increasingly looking bad as the police pile the pressure on his accomplices. 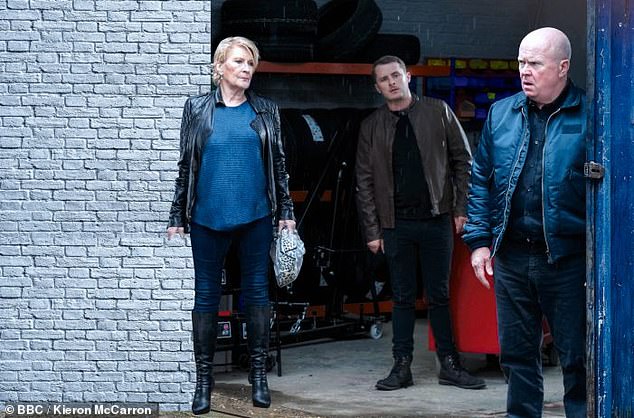 Stressed: Callum was also put under pressure after it was suspected that he tipped Ben off during the robbery… but will Callum reveal it was his Ben’s half brother who reported him?

While Whitney, who recently avoided time behind bars herself, warned that he couldn’t stay much longer.

Callum was also put under pressure after it was suspected that he tipped Ben off and DI Thompson has been determined to see Phil pay after spotting him at the scene.

But after discovering that it was Ian who tipped the police off, will Callum reveal to Ben that it was his own half brother that reported him?

The episode airs on Tuesday 24th November at 7:30pm on BBC One.