ESPN will retake the ice for the first time since 2004 when it airs an NHL opening-night doubleheader in the fall. And the league’s other new TV partner, Turner Sports, also revealed its inaugural games on TNT.

The league unveiled its 82-game 2021-22 regular-season schedule today (see it here), and ESPN will drop the puck on a pair of games on Tuesday, October 12: the Stanley Cup champion Tampa Bay Lightning at home against the Pittsburgh Penguins, followed by the expansion Seattle Kraken‘s first-ever game, against 2017 expansion club the Vegas Golden Knights in Las Vegas.

Both games also will be simulcast on ESPN+. 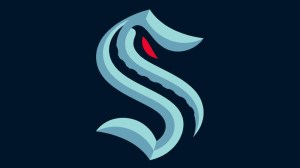 ESPN also will carry the Kraken’s first home game on Saturday, October 23, against its new division rival Vancouver Canucks at Climate Pledge Arena in Seattle. The inaugural roster for the league’s 32nd franchise was filled out during Wednesday’s NHL Expansion Draft.

The Worldwide Leader also said today that it will air the 2022 NHL All-Star Skills Competition live on Friday, February 4, and that its Disney-owned broadcast sibling ABC will air the NHL All-Star Game live from Las Vegas the following day.

ESPN and the NHL announced their seven-year U.S. broadcast deal in March. The sports network aired NHL games at various times during the 1980s, ’90s and 2000s but not since 2004.

In late April, the league announced a seven-years rights deal with Turner Sports for as many as 72 regular-season games and shared rights to the playoffs — meaning the Stanley Cup Final and Playoffs will be on TNT and TBS for the first time.

TNT’s inaugural NHL coverage faces off on Wednesday, October 13, with a doubleheader of the New York Rangers at the Washington Capitals followed by the Chicago Blackhawks at the Colorado Avalanche. The cable net also said today that it will air a pair of outdoor games this season: the 2022 NHL Winter Classic with the Minnesota Wild hosting the St. Louis Blues on New Year’s Day, and the first NHL Stadium Series game in Tennessee, with the Nashville Predators hosting the Lightning.

ESPN and the Turner nets will trade off airing the Final each year during the term of the deals. The league’s 10-year pact with NBC Sports expired after the Stanley Cup Final last month.

The league has yet to commit to whether its players will take part in the 2022 Winter Olympics in Beijing. Longtime Commissioner Gary Bettman said the NHL has contingency plans for either options.

If the league reaches an agreement with its Players’ Association and the International Ice Hockey Federation for NHL players to skate in the Olympics, All-Star Weekend will be followed by a pause in games from Feb. 7-22. Talks continue on outstanding issues, including securing appropriate Covid-19 insurance, NHL.com reported.

One Reason Working On F9 Was So Much Better For...