In addition to that, Facebook is introducing Fan Reply Stickers for Stories, which will allow public figures using Pages to prompt people to respond to their posts with a photo or video, and then those replies can be re-shared in Stories with their entire fan base. Also happening in Facebook Stories, public figures can now add "swipe-up" links to their posts, a feature that will give them the ability to share direct links to merch and other products they're trying to sell to their followers. Facebook says that not only does it want to give all creators a way to make money and grow their business, but it wants fans to easily find t-shirts, books, concert tickets or anything else their favorite public figure may be pushing.

Back in July, Facebook brought its Stars rewards service to a small group of video creators, and that feature is continuing to expand to more places around the world, according to the company. In case you're not familiar with Facebook Stars, which was originally designed for the gaming community on Facebook Live, it lets creators receive one-time support from their fans on the social network. People can buy packs of as little as 100 Stars for $1.40, with public figures including creators getting one cent per Star the receive from fans. An example of how this is being used on Facebook is makeup artist Braannxo, who offers rewards like one-on-one makeup tutorials for those who send the most Stars in a week or month. 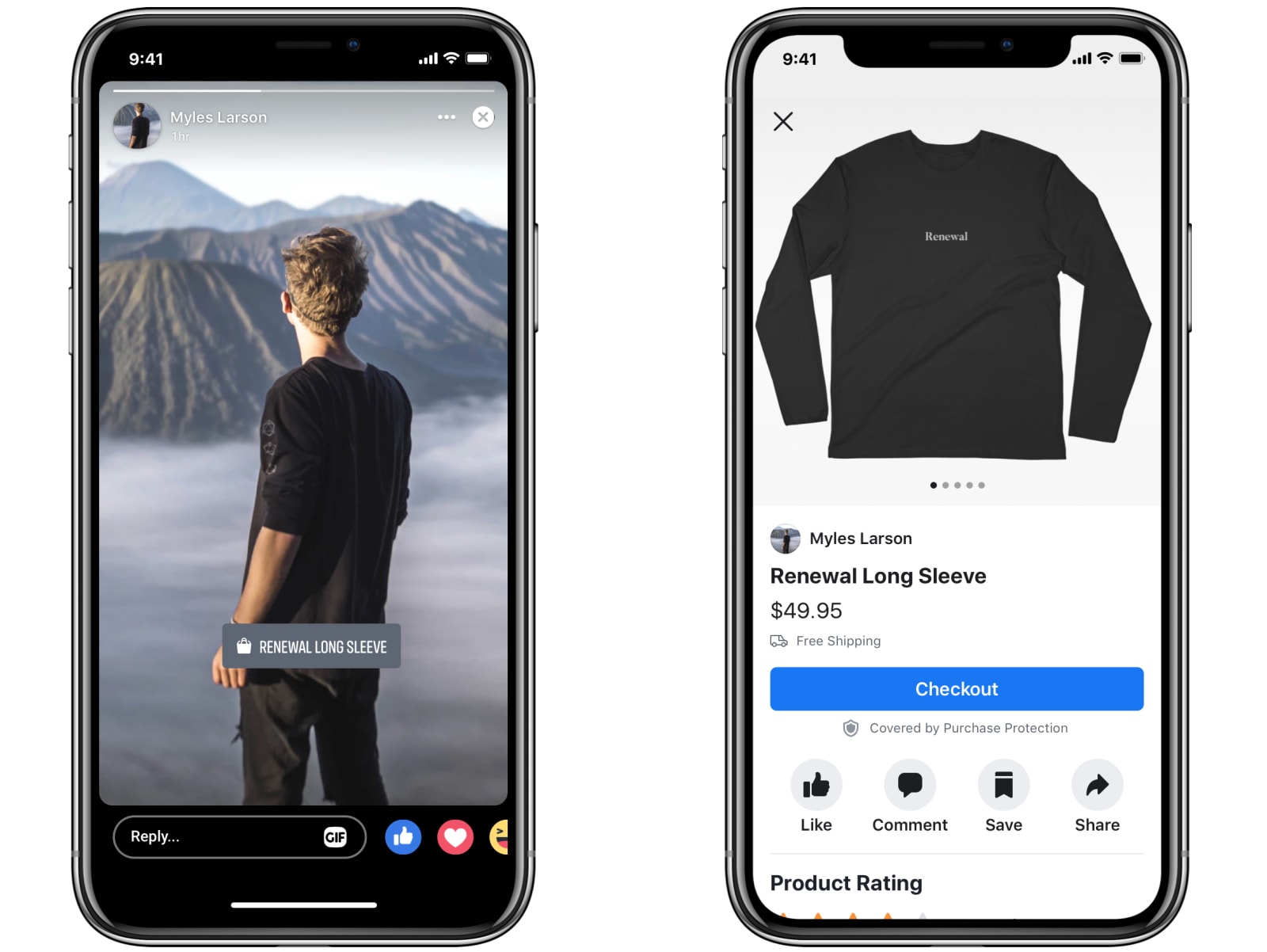 Of course, as great as it is for public figures to be able to interact with their fans as much as possible, Facebook also needs to ensure it's keeping them safe from abuse on their platform. One of the ways it's doing this, the company says, is by launching a new Help Center destination to help creators spot and report suspicious accounts and/or interaction. Facebook is also testing a tool that will let public figures know if they have previously engaged with an inauthentic account, as well as better reporting methods for accounts pretending to be public figures on Facebook Pages, Profiles and Instagram.

It's no secret that Facebook has a major problem with fake and bot accounts on its family of apps, including Instagram, WhatsApp and, of course, core Facebook, and it is fully aware of that. The company says it has built tools help people distinguish a fan account from an official one on Facebook Pages and Instagram, noting that it's using proactive technology, too, to find accounts that might confuse people because it isn't clear if it's one from a public figure they follow or it's just a fan page.

Facebook says it'll have more to share on these and other tools later on, as it continues to work with public figures, partners to test and iterate features like all the ones mentioned above. As for the Facebook's constant moves to assist creators in making cash, well, they shouldn't come as a surprise -- especially as it faces stiff competition in the space from the likes of YouTube and Patreon.

Rivian gets $350 million from the company...

8 Uncertainty remains over the future success of Harry and...

10 Everything You Need To Know About Deborah Dugan's Lawsuit...