Move over Jerome Powell. And Stephen Poloz. And all the world's other central bankers. And move over bitcoin.

As governments around the world consider how to limit the commercial clout of big technology companies, Facebook has announced it is poised to expand that influence into the fundamental heart of all commerce: Money.

The tech giant announced Tuesday it is moving into the digital currency space with a coin called Libra, backed by a cluster of sophisticated tech companies with powerful financial credentials, including Visa, Mastercard, PayPal and Stripe.

With the support of other popular brands, including ride-hailing companies Uber and Lyft and the music streaming service Spotify, Facebook's new coin will have many godparents to foster its survival.

The new cryptocurrency will also have many enemies, of course, as banks, central bankers and governments consider what they stand to lose if Libra fulfils even part of its objectives when it launches within the next 12 months.

"We believe that collaborating and innovating with the financial sector, including regulators and experts across a variety of industries, is the only way to ensure that a sustainable, secure and trusted framework underpins this new system," read a news release announcing Libra. "And this approach can deliver a giant leap forward toward a lower-cost, more accessible, more connected global financial system."

Although the goal of making the transfer of money as easy and inexpensive as sending a text sounds good, essentially transforming Facebook into a global bank, as Libra is exchanged on its platform and through its apps, like Messenger and WhatsApp, some of those consumer savings will be coming straight out of the pockets of the powerful global institutions that currently create, control and profit from money.

And while the promise that Libra will be accessible to an estimated 1.7 billion people who do not currently have access to a bank sounds like a humanitarian project, it also could represent a lock on a market with enormous growth potential. 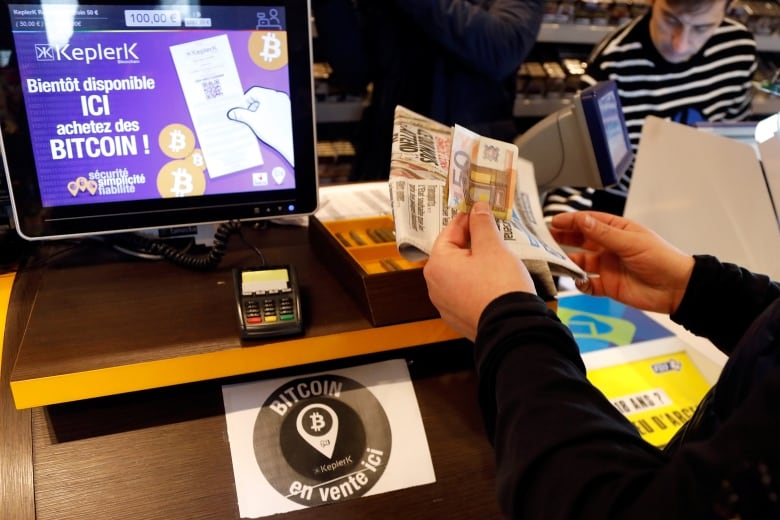 Bitcoin is the world's most popular digital currency, but it still hasn't really taken off as a common unit of exchange. Libra thinks it is the cryptocurrency to do just that. (Charles Platiau/Reuters)

Libra's critics will not just be from the banking and regulatory establishment; privacy advocates and civil libertarians may not be pleased with so much financial power in the hands of a private company that effectively sold or lost control of the data of some 87 million users, including 600,000 Canadians.

"Facebook has rightly identified the potential for digital currencies to reinvent money and transform the global economy, so people can live better lives," said David Clarke, with Positive Money, a U.K.-based advocacy group in favour of a fairer financial system. "However, a digital currency controlled by tech cartels, such as Facebook, Visa and Mastercard, is not the solution."

Since the launch of bitcoin 10 years ago as a freewheeling unit of exchange outside the control of central banks and governments, thousands of cryptocurrency copycats have come into existence, with few government restrictions.

That alone may make it difficult for regulators to crack down on Facebook's Libra.

But in the world of money, Libra is potentially far more disruptive — not because it is even freer than bitcoin, but because it promises to be more controlled.

Based purely on an ingenious mathematical system of encryption replicated on computers around the world, bitcoin and its less successful imitators, many of which soon faded away, were released upon the world to be guided solely by market forces.

As bitcoin soared and crashed, the units became almost useless for their intended purpose. Their anonymity, meanwhile, made them attractive to money launderers and others who wanted to escape legal detection.

Announced in Switzerland, a country famous for preserving the independence of its global banking industry, Facebook's new currency also comes with promises of regulatory credentials, backed by a body called the Libra Association.

Rather than an evaluation roller-coaster — where bitcoin rose from pennies to $25,000, before crashing below $5,000, and recently creeping back above $10,000 — Libra promises it will be stable enough to use like real money.

Rather than cryptocurrencies based on nothing but their algorithm, Libra will be supported by a pool of actual cash in various global currencies.

Rather than being anonymous, inspiring fly-by-night businesses and illegal activity, which has made government wary, Libra will keep track of its users and promises to refund units lost due to fraud. 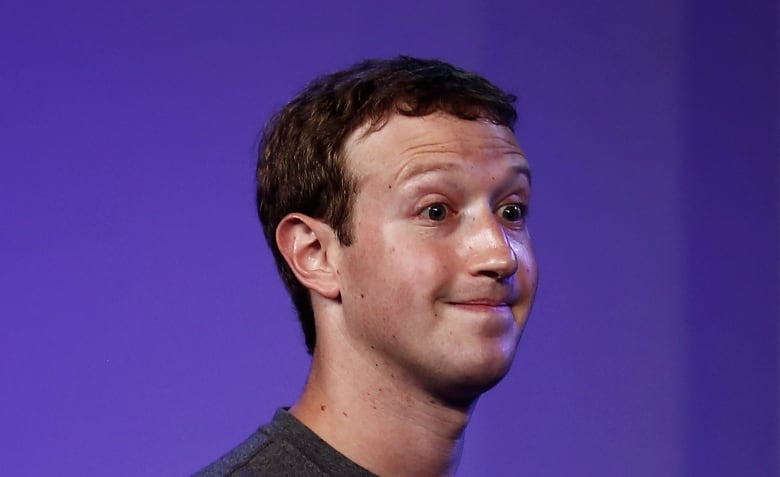 Facebook CEO Mark Zuckerberg has come under fire in recent months for his platform's privacy mistakes. Will consumers trust him with their money? (Adnan Abidi/Reuters)

Taking a step away from the buccaneer world of crypto makes Libra even more of a threat to the banking establishment. Yet despite a wealth of information about the new currency at Libra.org, many unanswered questions remain.

One of those questions is how governments will respond. Those that have been considering cryptocurrency regulation may be stimulated to get off their butts with Facebook — and its 2.4 billion active users — now getting into the game.

Perhaps Powell, chair of the U.S. Federal Reserve, will comment on the new digital currency during a news conference taking place later today, as the world's most powerful central banker imagines his dominance being usurped by a consortium of private companies run by tech nerds.

And while Facebook may have a first-mover advantage, unless there are clear signs of a crackdown by the existing banking authorities, it is hard to imagine that other technology giants and some of the world's biggest banks would not consider getting in on the action, too.

But if Libra can get its foot in the door, starting small and growing gradually, sort of the way bitcoin did before it, Facebook's new digital currency has the potential to transform money and banking in unpredictable ways.

People Call Out This Woman Because Her Palette...

South Korea gives most aid to North Korea since...

4 Jedward speak openly about their mental health and...

6 Justin Trudeau: 'The World Is In Crisis, And Things Are...

7 QUIZ: Can you name all of these How I Met Your Mother...

9 The Morning After: How AI shapes the world of 'Flight...

10 Netflix has just released a must watch Jose Mourinho...