Supported by a team of campaign volunteers, Luisa Porritt is knocking on doors in a public housing complex in South London. The structure is covered in scaffolding and in need of serious repairs.

She is running for mayor, representing the Liberal Democrats, and housing is one of her top priorities. She has come up with a pitch that hopes to take advantage of the pandemic: turning empty office space into affordable homes.

"This is a once-in-a-generational opportunity to finally fix our housing crisis," said the 33-year-old, who was a member of the European Parliament until her position was abolished post-Brexit.

She believes many people will continue to work from home post-pandemic and that this will affect the demand for offices. "We need to look at converting some of the empty office space coming onto the market," she said.

The pandemic looms large in this mayoral campaign, as London's economy was hit harder than anywhere else in the U.K. — 300,000 jobs were lost in the city alone. 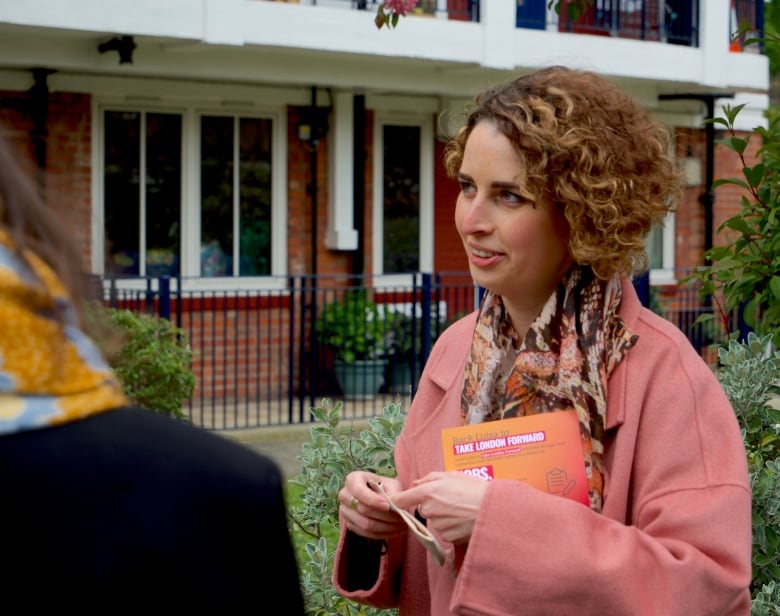 COVID-19 case numbers are dropping, due in part to the U.K.'s mass vaccination strategy, and life is slowly returning to normal. The candidates are all campaigning on their vision for London's future — and how they would spend the city's £19 billion ($32 billion Cdn) budget to do it.

Due to the pandemic, the election was postponed by a year. There are an unprecedented 20 candidates running — along with representatives from the major parties, it's a diverse and eclectic group.

Many are focused on traditional civic issues like crime, housing and the economy — but for some, it's all about undoing pandemic restrictions.

Londoners head to the polls today, though some have already voted in advance by mail. The results are expected Saturday, the counting taking longer than usual because of coronavirus precautions.

Four of the leading candidates took part in a televised debate recently, and the first question from the moderator on the ITV network was about post-COVID plans.

"I have got a plan that's focused on jobs, jobs, jobs," said current mayor Sadiq Khan, who is with the Labour Party. His platform is focused on investment in training, new green jobs and attracting Londoners and tourists back to the West End, the theatre district that has been a ghost town for more than a year. 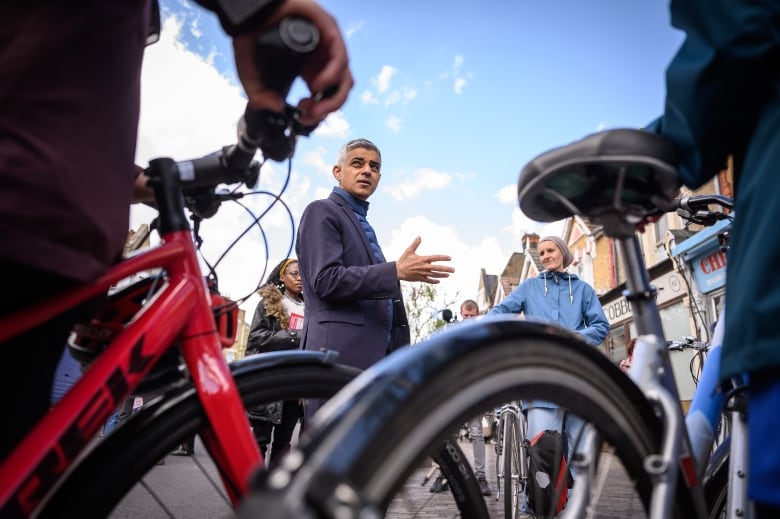 London Mayor Sadiq Khan is campaigning for re-election. The Labour candidate is far ahead in the polls. (Leon Neal/Getty Images)

Conservative candidate Shaun Bailey has a similar plan to create jobs and rejuvenate high streets, but he has been more focused on crime. He promises to hire 8,000 new police officers and reopen 38 closed police stations.

Khan is far ahead in the polls and widely expected to win. The latest numbers from Opinium Research has him at 48 per cent support, compared to his closest rival, Bailey, with 29 per cent. (Opinium research contacted 1,055 London adults online between April 28 and May 3. A probabilistic sample of this size would yield a margin of error of +/- four per cent 19 times out of 20.)

The Liberal Democrats and Greens are in a close contest for third and fourth place.

While most of the candidates are looking at ways to transform the city, a select few are fuelled solely by their frustration with how COVID-19 has been handled. Two are calling for an end to all restrictions and promising no future lockdowns.

Brian Rose is one of the 2021 London mayoral candidates. Born in the U.S. but living in London, Rose plans to throw a month-long party to kick-start the economy if he is elected mayor. (Brian Rose/Twitter)

Brian Rose, who is an American living in London, wants to throw a 31-day festival to kick-start the economy.

It's ideas like this that grabbed the attention of Gary Murphy, manager of the Ye Olde Mitre Inn pub in North London.

"I have yet to decide who I'm going to vote for, but it certainly will be for a smaller, more independent party that is committed to getting us back to normal," said Murphy.

The pub has been open since the 1600s and Murphy says it's lived through the plague, cholera, the Spanish flu and now COVID-19.

He says the lockdowns and restrictions have crippled his industry: "The No. 1 priority has got to be to review the whole COVID strategy." 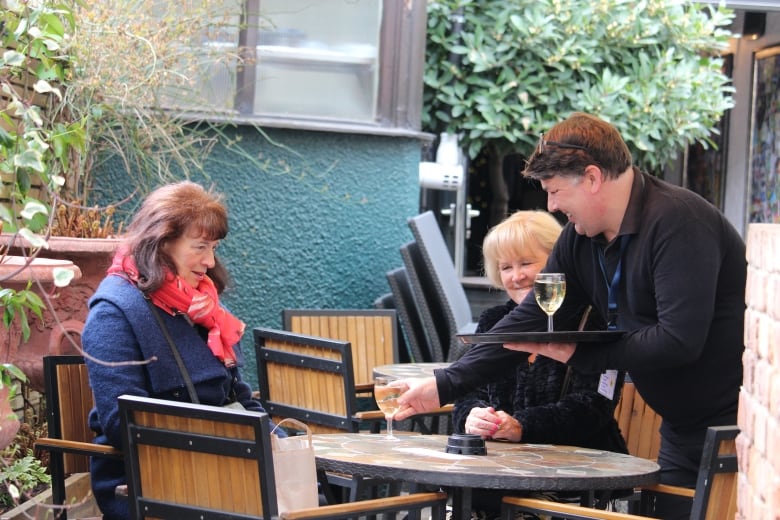 Gary Murphy, right, owner of the Ye Olde Mitre Inn, has yet to cast his ballot, but is hoping for a mayor who will prioritize getting the service industry back on its feet. (Stephanie Jenzer/CBC News)

Since the start of the pandemic, his pub has been ordered shut three times, for a total of about 10 months. When it's been open, Murphy says the tight restrictions have meant he isn't making money.

"It doesn't matter if [the candidates] promise to pretty up the high street. If we're still restricted or under the threat of closure, we are never going to recover."

The mayor has 'constraints'

There are limits to what a mayor can accomplish, particularly in addressing an issue as large as pandemic recovery.

"Mayoral candidates have to live within the relatively narrow constraints and hope they can lobby the government," said Tony Travers, a professor in the school of public policy at the London School of Economics. 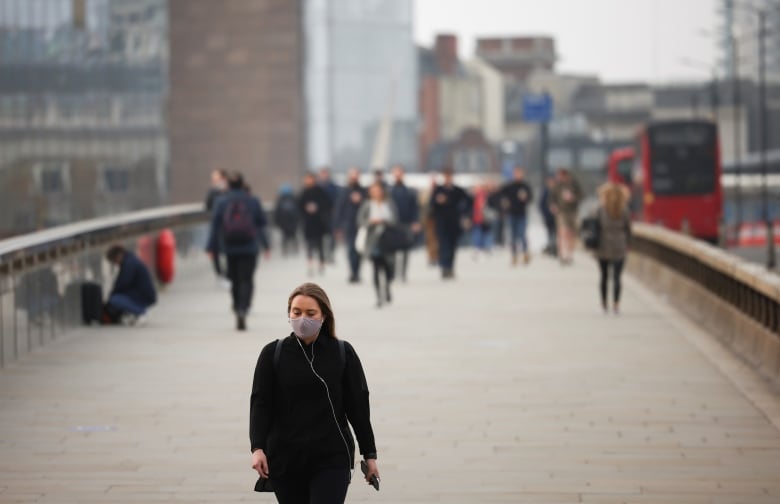 Many Londoners have voted in advance of the May 6 election day due to coronavirus restrictions. (Henry Nicholls/Reuters)

He says a big part of what happens will be determined at the national level, where decisions about lockdowns and restrictions are made.

No matter who wins the mayoral election, Travers says post-pandemic London is going to look different, with many businesses closed for good and new ones taking shape.

"London will get a bit younger, possibly a little bit poorer, but with lots of new businesses starting in sort of refreshed," he said. Travers believes it's a phenomenon that will be seen in cities across the world, including Toronto and Vancouver. 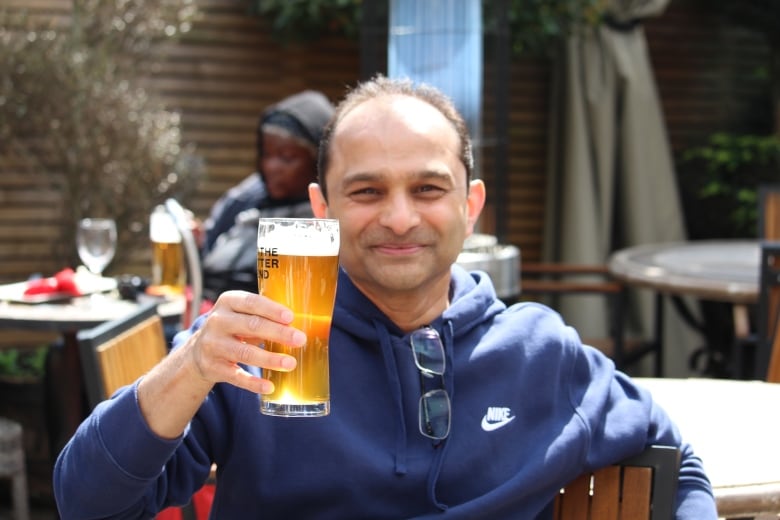 Suraj Shah enjoys a pint at Ye Olde Mitre Inn in North London. He cast his vote for the Conservative Party candidate using a mail-in ballot, one of the precautions to keep the election COVID-safe. (Stephanie Jenzer/CBC News)

Back at the Ye Olde Mitre Inn Pub, Suraj Shah enjoys a pint on the patio. He sees London as a dynamic city and admits that while there has been criticism about how it dealt with the pandemic, overall he is satisfied with the approach.

The accountant has already cast his ballot for the Conservative candidate, and credits Prime Minister Boris Johnson and the Conservative Party with the success the country is seeing right now when it comes to vaccinations and re-opening.

Astronauts with disabilities can apply to...