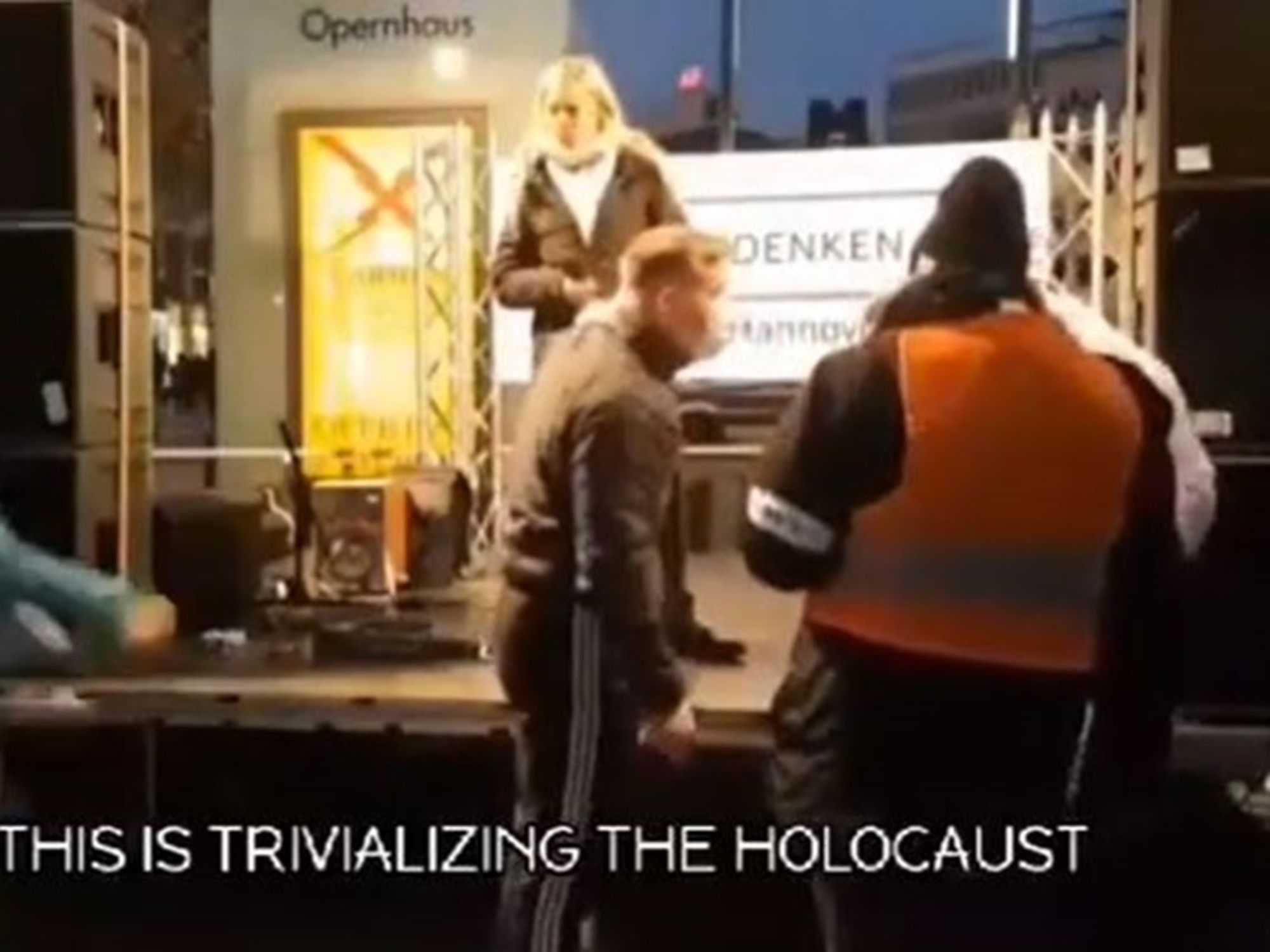 Sure, wearing a mask can be a little annoying, but being asked to put one on by the state, a family member or business isn't tyranny. It's a common-sense move to protect the spread of a virus that's killed over 1.4 million people.

Most people understand that, but there are some who insist on putting the health of themselves and others in jeopardy by refusing to wear a mask.

These anti-maskers are incredibly frustrating to anyone who just wants this thing to be over and can't understand why anyone could be so selfish.

A security guard in Hanover, Germany has become a viral hero for standing up to a misguided woman who selfishly confused inconvenience with oppression. And, in Germany, they know what real oppression looks like.


On Saturday, Jana, a 22-year-old anti-masker was making a speech at an anti-lockdown protest when she compared herself to Sophie Scholl, a 21-year-old who was executed for standing up against the Nazis in 1943.

Scholl was convicted for high treason after having been found distributing anti-war leaflets at the University of Munich with her brother, Hans. She has since been seen as a stunning example of bravery in the face of oppression.

Jana, on the other hand, doesn't want to wear a mask to help save the lives of others.

"I feel like Sophie Scholl, since I've been active in the resistance, giving speeches, going to protests, distributing flyers," she said to a small round of applause.

"I am 22 years old, just like Sophie Scholl before she fell victim to the Nazis," she continued. She then pledged to never give up and stand for "peace, love, and justice."

His explanation for quitting was simple and powerful.

"This is trivializing the holocaust," he rightfully proclaimed. After a few words with Jana, he walked away and she became overwhelmed by tears. Hopefully, she cried because she realized how ridiculous her words were. 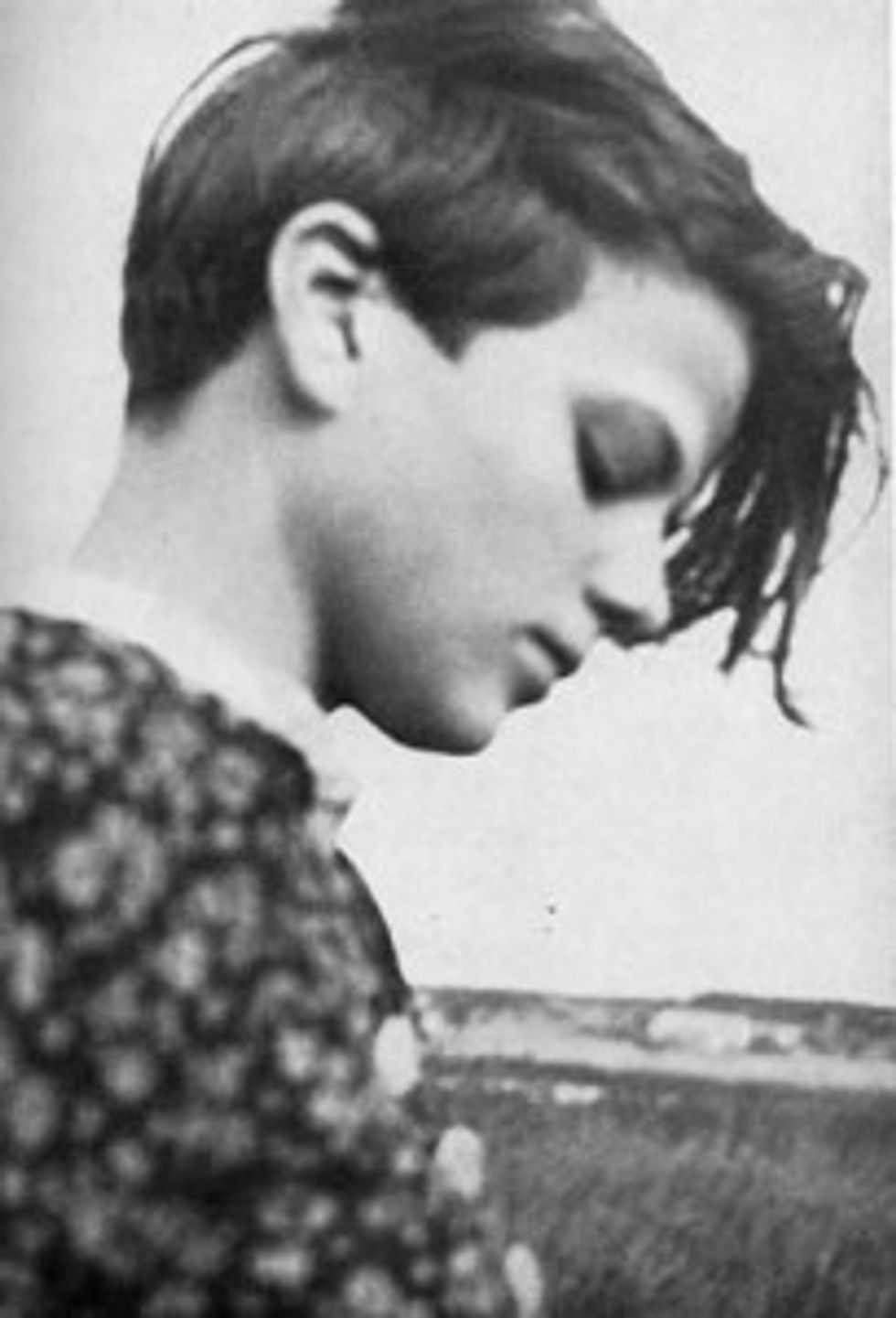 While Jana thought that she was being a brave person by fighting back against lockdowns, the security guard is the true hero for standing up for civil responsibility at a time when we need it most. His job is to protect people and by shutting down Jana's speech he may have saved some lives.

The only comparison that should be made between the COVID-19 pandemic and the Holocaust is that both fed on ignorance and led to senseless death and destruction.

German foreign minister, Heiko Maas, lashed out at Jana in a tweet on Sunday.

"Anyone today comparing themselves to Sophie Scholl or Anne Frank is making a mockery of the courage it took to stand up to the Nazis," Maas tweeted.

"It trivializes the Holocaust and shows an unbearable forgetting of history. Nothing connects the corona protests with the resistance fighters. Nothing!"

Why NCIS Is Losing Maria Bello's Jack Sloane In...

5 Xbox Live Gold was always going to drop the free-to-play...

6 Is The Good Doctor Going To Ruin Shaun And Lea's...

9 “But I Pushed Through”: Ryan Reynolds Tweets A Joke About...