A number of early-caucus voters in northern Nevada said health care was their top priority when they decided which Democrat to put on the top of their ballot.

Lindsy Judd said her family currently has no health insurance because it's too expensive. She was among several voters who told The Associated Press on Saturday they made Bernie Sanders their first pick and Elizabeth Warren second.

Judd says the candidate who wins the Democratic nomination will get her vote in November. And she said she understands why some Democrats believe the party is better off with more of a mainstream nominee.

But the 33-year-old who lives in a valley north of Reno said she needed to cast her ballot for someone who is serious about tackling the cost of health insurance, which she said rivals her housing costs.

Jennifer Cole, a 48-year-old librarian from Reno, listed health care and housing as her two top issues when she settled on Warren as her favourite. She put Pete Buttigieg second and Amy Klobuchar third on her ballot.

Democrats are starting to cast votes in Nevada's presidential caucuses as the still-crowded field of candidates is fanning out across Las Vegas.

Early voting started Saturday morning at more than 80 locations across the state. Nevada Democrats are holding four days of early voting for their caucuses, the first test of a candidate's appeal to a diverse population with strong labour unions.

Early votes cast on paper ballots will be added to in-person caucus votes made on Feb. 22, when Democrats will attend about 2,000 precinct meetings around the state.

This year, with the results of Iowa's caucuses muddled by technology and reporting problems, Nevada is under pressure to pull off a problem-free caucus. The Nevada State Democratic Party abandoned its original plans to use an app like the one that caused trouble in Iowa and has scrambled to come up with a new system to tabulate results.

Candidates are making a get-out-the-vote push with rallies and town halls Saturday, followed by appearances Saturday night at a fundraising gala for the Las Vegas-based Clark County Democratic Party.

His answer is that he has to "do well" in order to mount a comeback for the race for the 2020 nomination after back-of-the-pack finishes in Iowa and New Hampshire.

Biden was in Las Vegas and he spoke to about 100 campaign volunteers gathered at a middle school gym for a Latino organizing event. 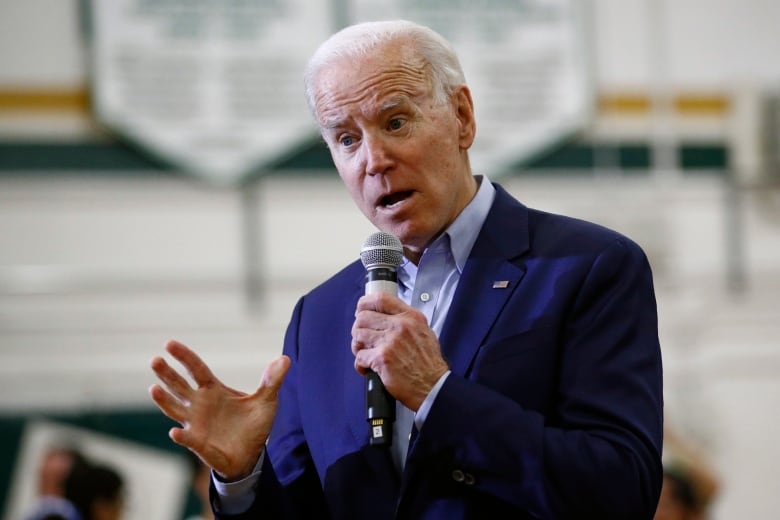 After the event, reporters asked him whether he has to win the caucuses. He said: "No, I don't think I have to, but I think we have a shot at winning."

Biden finished a disappointing fourth in Iowa and fifth in New Hampshire. That puts considerable pressure on him in Nevada and especially South Carolina.

He says the two states' more diverse electorates are better for him than the overwhelmingly white makeup of Iowa and New Hampshire.

Sanders went after his rivals as he campaigned in Las Vegas.

The Vermont senator told supporters at a suburban high school that the crowd he's addressing is "what democracy looks like."

Sanders said "democracy is not candidates going to the homes of billionaires raising money." That's an apparent dig at Buttigieg, the former mayor of South Bend, Ind.

Bernie Sanders is gaining momentum as the Democratic leadership race heads into Nevada. We discuss this and more of the latest news in U.S. politics with The Hill's Julia Manchester. 6:13

Next in Sanders' sights was Mike Bloomberg, the former New York City mayor. Sanders said "democracy is not billionaires spending hundreds of millions of dollars trying to get elected. Democracy is when working people stand up, fight for justice."

After the rally, supporters marched to a nearby polling location to vote in the first day of early voting.

Warren pitched her universal child care plan and jabbed at her wealthy rivals as she began a day of campaigning in Las Vegas.

About 30 people, mostly women, packed into a handful of tables to sip coffee and eat pastries at a reggae and cocktail bar to hear the Massachusetts senator. 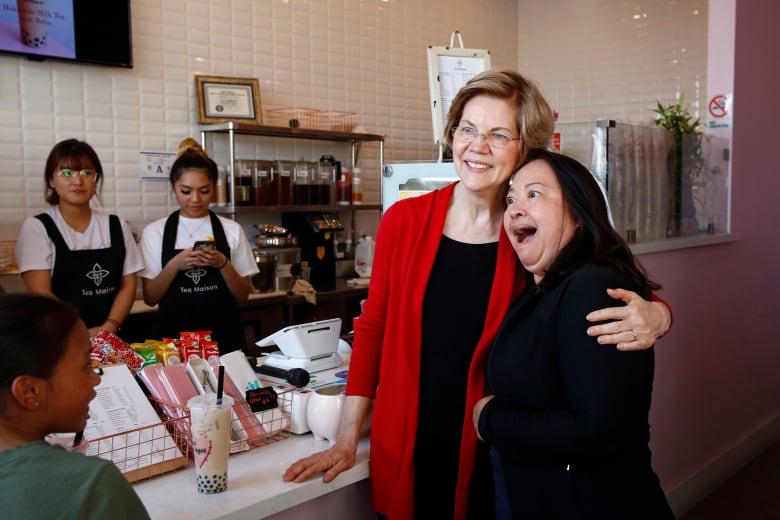 Democratic presidential candidate and Massachusetts Sen. Elizabeth Warren poses for a photo as she visits a shopping centre in the Chinatown neighbourhood of Las Vegas on Saturday. (Patrick Semansky/The Associated Press)

Warren promoted her child care plan that would be paid for by a tax of two cents on every dollar for fortunes of more than $50 million US.

She says it could help mothers finish their education and would benefit the economy. She doesn't think every billionaire would go along with the so-called wealth tax.

Warren says "billionaires have gone on TV and cried. Others have run for president." That line — which drew laughs and applause — was an apparent reference to 2020 rivals Bloomberg and Tom Steyer.

The Eternals will feature Marvel's first...

6 Mom creates a jar of 'magical things to look forward to'...