The reservoir created by Hoover Dam, an engineering marvel that symbolized the American ascendance of the 20th Century, has sunk to its lowest level ever, underscoring the gravity of the extreme drought across the U.S. West.

Lake Mead, formed in the 1930s from the damming of the Colorado River at the Nevada-Arizona border about 50 kilometres east of Las Vegas, is the largest reservoir in the United States. It is crucial to the water supply of 25 million people including in the cities of Los Angeles, San Diego, Phoenix, Tucson and Las Vegas.

As of 11 p.m. PT Wednesday, the lake surface fell to 327 metres above sea level, dipping below the previous record low set on July 1, 2016. It has fallen 42.7 metres since 2000 — nearly the height of the Statue of Liberty from torch to base — exposing a bathtub ring of bleached-white embankments.

The drought that has brought Lake Mead low has gripped California, the Pacific Northwest, the Great Basin spanning Nevada, Oregon and Utah, plus the southwestern states of Arizona and New Mexico and even part of the Northern Plains. 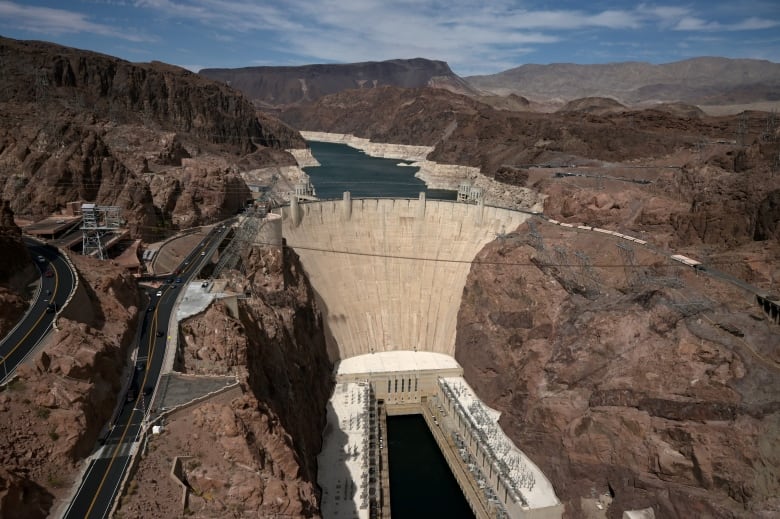 Lake Mead is the largest reservoir in the U.S., created by the Hoover Dam, an engineering marvel that symbolized the American ascendance of the 20th Century. (Bridget Bennett/Reuters)

Farmers are abandoning crops, Nevada is banning the watering of about one-third of the lawn in the Las Vegas area, and the governor of Utah is literally asking people to pray for rain.

Firefighters are facing worsening conditions this summer — after nearly 10,000 fires in California alone during the last wildfire season burned 1.7 million hectares, an area nearly as large as Kuwait.

Droughts are a recurring natural hazard but made worse recently by an accumulation of extremely dry years for most of this century. Scientists say human-influenced climate change has exacerbated the situation.

Amid dangerous drought conditions, we’re inviting all Utahns — regardless of religious affiliation — to join us this weekend in collective and humble prayer for rain.

22-year-drought is driest period in 115 years

The rains that deluged the West at the end of 2015 — before the previous low-water mark was set at Lake Mead — were a mere respite from what is now a 22-year drought, the driest period in 115 years of record-keeping by the U.S. Bureau of Reclamation, which manages water resources in the Western states.

"Some states, especially parts of California and parts of the southwest, it's really quite extreme drought conditions," said Ben Cook, a climate scientist at NASA's Goddard Institute for Space Studies.

In his decade of farming in North Dakota, Devin Jacobson has never seen it this dry. Jacobson's 1,415 hectares of mostly durum wheat, canola, peas and lentils near Crosby, N.D., have seen little rain this season beyond two inches in late May and a quarter-inch this week.

"Another couple inches would put us in a pretty good spot, but there's nothing like that in the forecast right now," he said. 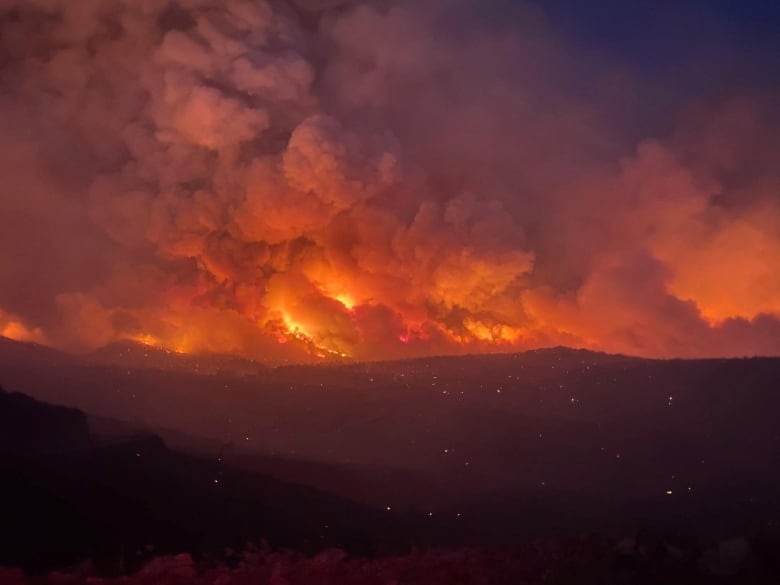 Smoke plumes rise from a blaze as a wildfire rages on in Arizona on June 7. On Wednesday, Arizona's governor declared an emergency after two fires burned more than 58,000 hectares and triggered evacuations. (Arizona Department of Forestry and Fire Management/Reuters)

Arizona is "in a completely unique situation relative to our historical records," said Michael Crimmins, a University of Arizona climate scientist. "We're just desperately looking to the forecast to see when the monsoon might show up."

Water supplies could be cut

The Bureau of Reclamation is likely to declare Lake Mead's most extreme shortage condition for the first time ever, which would cut water supplies to Arizona, Nevada and Mexico, spokesperson Patti Aaron said.

Arizona could have its supply cut by 320,000 acre-feet, Aaron said. That is a year's supply for nearly one million households, according to the Arizona Department of Water Resources. 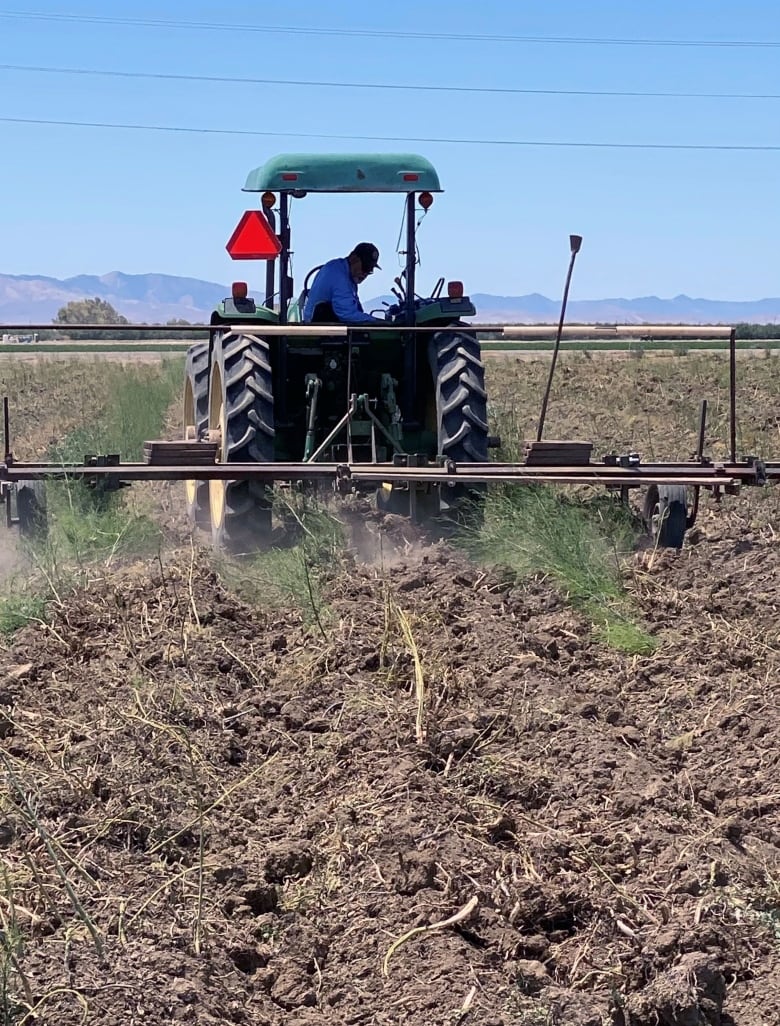 A tractor plows asparagus plants destroyed due to the lack of water in Firebaugh, Calif., on May 25. California Governor Gavin Newsom, facing a recall election, has issued a drought emergency proclamation for 41 of the state's 58 counties (Norma Galeana/Reuters)

California Governor Gavin Newsom, facing a recall election, has issued a drought emergency proclamation for 41 of the state's 58 counties, empowering the state to take greater control over water resources.

But he has so far stopped short of measures taken by his predecessor Jerry Brown in 2015, when California ordered mandatory water use reductions that affected voters.

For now, water management mostly concerns agricultural businesses, which consume up to 80 per cent of California's water. Some farmers are switching to less thirsty crops or letting land go fallow.

The Regional Water Authority, which represents water providers serving two million people in the Sacramento area, is recommending providers drill more wells for now, a short-term solution, and is asking customers to voluntarily reduce consumption by 10 per cent.

Jay Lund, a professor at the University of California Davis and director of its Center for Watershed Sciences, warned some of the more dire predictions were hyperbolic, saying Californians generally comply with mandatory and voluntary reductions in water usage, enabling the state to survive until the rains come again.

Erika Jayne’s beauty essentials include a $305...