My name is Joe Lightwood and the first real accident I got into was when I was 16 and driving my poor, long-suffering Saab 900. The main street through town was a 45 MPH “highway” with stoplights about every half mile. It was at one of these that my lane suddenly came to a stop. I hit the brakes and pulled up with plenty of room to spare but the woman behind me… did not. Looking in my rearview mirror she wasn’t braking at all and hit me going about 40. This catapulted me into the car in front. 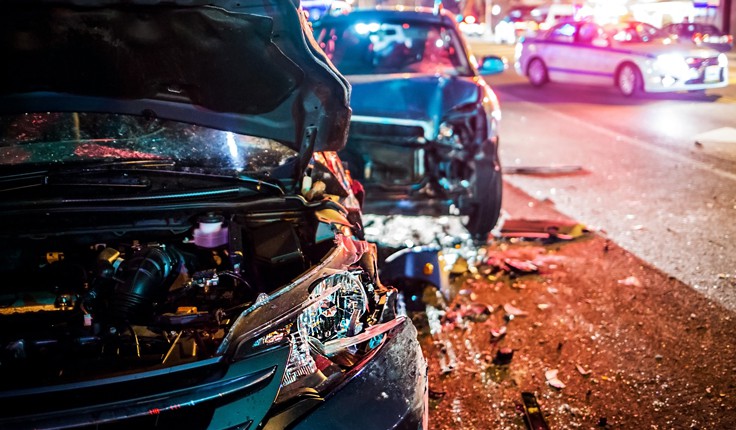 The Saab made it out barely okay. The front impact pushed the fog lights into the grill, but it was mostly cosmetic damage. The rear bumper was pushed downwards but otherwise looked fixable. The car that hit me, a Mazda 626, was in pretty bad shape. The driver’s side headlight was on top of the engine and there were various other damages that I don’t fully recall. I believe she had to be towed, but I was pretty dazed at this point so I don’t fully remember. The car in front of me had a minor scratch in the bumper where my front plate hit it.

This is where things get… weird. The driver who hit me was nice enough but was also on her way back from an AA meeting. At the time I didn’t think anything of this but what it meant is that she had high-risk insurance, which was going to be a problem later.

The person I hit hadn’t got out of their car at this point, so someone went to check on them. There were three people in the car and they wouldn’t get out or open the windows more than a crack.

Yup… you guessed it! They were all “severely injured” with whiplash. Of course, they are. Oh boy… Their story would change frequently over the next couple of months, but needless to say, they were garbage people looking to make a quick buck.

Fast forward a couple of weeks and I get a call from my insurance company. Turns out the people in front didn’t get as much money as they wanted from the high-risk insurer and were trying to get some from my insurance claiming I was “following too close.” My insurance was actually pretty chill about it, took a statement, and then, apparently, sent them a letter telling them to go die in a fire. Adjuster’s words, not mine. That was the last we heard about it.

So… okay. Time to fix the car. An independent adjuster for our insurance company comes out and takes a look, but says we need to wait for the other insurance’s adjuster to come out. About a month of waiting later we get a check for $500 for “the value of the vehicle” from the AA lady’s insurance.

Turns out the adjuster was working for both our insurance and hers at the same time. He’d decided that the car was worth $1,000, but it had a cracked windshield so that was, apparently, $500 off the value and proceeded to total it out at $500. They did “generously” also write a check for 15 days loss of use, even though it’d been closer to 60 and the car still wasn’t even in the shop yet. I wasn’t able to drive my Saab as I had to keep it in the wrecked condition it was for the other insurance companies to take a look and give me the compensation I deserved, but this wasn’t happening anytime soon.

Hiring Attorney Chuck James as my serious injury lawyer was everything I never knew I needed, just when I was starting to give up on getting compensated for a crash that wasn’t even my fault, to begin with, my friend called me out of nowhere and suggested making a personal injury case and hiring Chuck James as my lawyer. After going on the website and taking advantage of their free consultations, I realized that there was so much more I could do about getting compensated for the injuries me and my car faced.

Soon after hiring an attorney, I had every insurance company involved quaking in their boots. Finally, I had a legitimate backing that they couldn’t overlook, after going through my options, me and Chuck James planned out a viable strategy to get me the money I needed to fix my Saab and pay any medical fees I was in debt from. The adjuster who was previously making a mockery of me by lying straight to my face and working for both sides involved in the accident was now in disbelief since he found out that with a personal injury lawyer, I could not only take him down, but I could take down his insurance company as well. 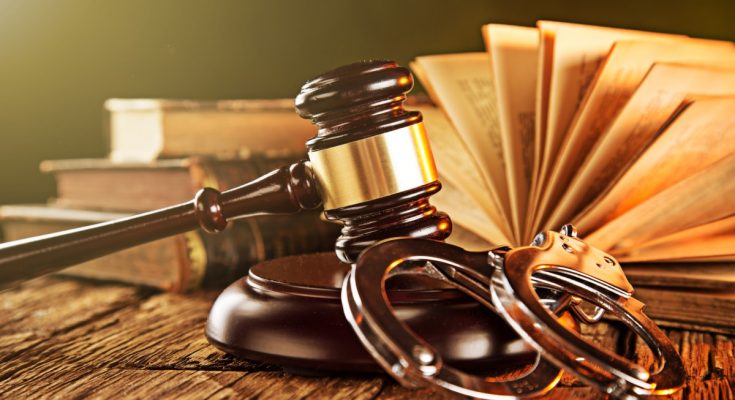 Trembling with fear, the adjuster went to the AA lady and persuaded her into giving 700$, but that was barely a better compensation than I was previously offered so James had me turn it down. After exploring the viable alternative James had provided me, we took it to the insurance company and asked for a much better settlement, one that could not only pay for the damages I personally faced from the accident but one that fixed my car as well. The insurance company, being the egotistical jerks they are, told us to never humiliate them like that again and passed on the offer while making empty threats.

This was not the reaction I had expected, being a normal citizen I genuinely thought that the insurance company would be down to settle as I had a solid case and a solid attorney by my side. Although James had expected this and since we had failed at our safest option, we went for the other options. James went out of his way for me and I will never forget that as long as me and my Saab are alive, he filed complaints, got eyewitnesses to examine the person at fault, and made our already solid case, more solid and stable in the long run.

As most personal injury cases can last up to a year in court, me and James decided to use our case as a bluff to get the compensation I deserved before the case even had the chance to see the light of day in court(his idea). We now had the upper hand in every aspect of the matter, this soon changed when the driver in front of us came forward and backed the insurance company we were looking to take down. They made up a story full of shit saying that I was the person to blame for the accident and I shouldn’t be getting compensated by the AA driver, instead I should compensate them and the AA driver, which was completely out of bounds.

Chuck advised me not to do anything unethical and wait it out as it was nothing more than a shakedown, which was true. They made up a story of how they got severely injured because I was driving too close to them, which wasn’t true, but I didn’t have a say in this. The eyewitnesses all saw them passed out in the back of their car, but me and James weren’t gonna lose to garbage people who looked at an opportunity to make quick cash and didn’t blink twice. Although it was difficult to figure out a way to get our compensation without having to deal with some actors who could genuinely win an Oscar.

How the tides turned in my favor

After a few days of brainstorming, my attorney Chuck James found out that to beat a liar is by lying ourselves. Although we weren’t gonna perjure ourselves in court, we did have the perfect cards to make a bluff with, after telling the people that swooped in to make some quick cash that we had video evidence of the accident and how I barely scratched their car, making it literally impossible for them to be injured, they were done. 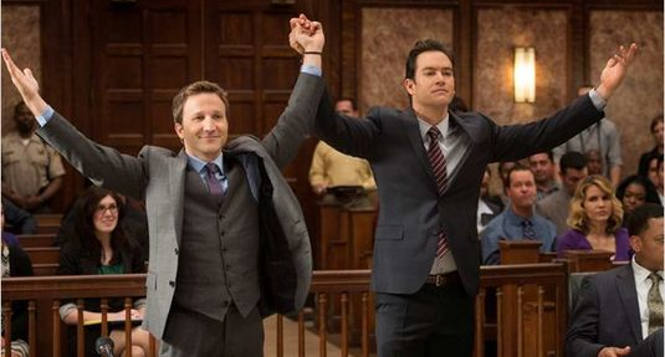 They backed down and let us pursue our case, although, for moral reasons I wanted to take them down as well, James was insistent on pursuing the case and letting them go and prevented me from doing something that would’ve damaged our case. According to a survey, “Every year the lives of approximately 1.35 million people are cut short as a result of a road traffic crash. Between 20 and 50 million more people suffer non-fatal injuries, with many incurring a disability as a result of their injury.”

After reading this, I was content with the state I was in but after taking another look at my Saab I wanted justice, and with the help of my excellent attorney, I was able to get compensated by both insurance parties who were trying to bury us. Because of Chuck James, I am now healthy as a horse and my Saab 900 is as beautiful as the day it first arrived.

Why Legacies Needs To Make Up Its Mind About...

3 Timberwolves Game Against Brooklyn Nets Postponed Due to...

8 Microsoft shopping for speech tech, in talks to buy...

9 Wait! Read This Before You Sell Your Home for Cash to a...