India has always been a popular destination for international productions, hosting everything from European independent films and British series, most recently ITV’s Beecham House and Netflix/BBC’s A Suitable Boy, to studio movies like Christopher Nolan’s Tenet and Netflix’s Chris Hemsworth-starrer Extraction.

In addition to the country’s oft-touted attractions – a skilled workforce, low costs, stunning landscapes and historical monuments – it also boasts a rich canon of English-language, India-set literature that the story-hungry streamers have been plundering in recent years. Netflix’s A Suitable Boy and The White Tiger, Apple TV+’s Shantaram and HBO’s upcoming seven-part series A Fine Balance, are all based on India-themed novels.

But the country has been pretty much off limits during the pandemic. It had a disruptive although mostly manageable first wave of Covid in 2020, which nonetheless deterred some international shoots, before shocking the world with a devastating second wave and massive death toll that erupted in March/April 2021.

That outbreak hit more than one production. Shantaram, starring Charlie Hunnam as an Australian prison escapee hiding in a Mumbai slum, opted to move to Thailand in mid-2021, after shooting briefly in India in late 2020, due to the worsening Covid situation. The fifth Indiana Jones film was already deep into prepping in Rajasthan when the second wave hit, forcing the production to do an about turn and move to Morocco.

Now Covid is under control and the population vaccinated, India is back open and ready for business, but this time with a few sweeteners. At this year’s Cannes film festival, India’s Information & Broadcasting (I&B) Ministry finally announced the country’s long-awaited incentive scheme, offering a 30% cash rebate for international productions either shooting or conducting post-production in India.

To be eligible, productions must first be approved to shoot in India by the I&B Ministry, then spend a minimum INR25m ($325,000) in the country. There is no minimum spend for documentaries or films recognized as official co-productions under one of India’s 15 treaties.

The applicant must be an India-based production services company responsible for all production-related expenditure on behalf of the international producer. Before shooting starts, they can apply for an “interim approval certificate”, then apply for final approval within 90 days of wrapping. Disbursement is 85% after a “successful evaluation and audit” with the remaining 15% paid out when the FFO receives a competed copy of the film.

“It’s an encouraging first step, especially as there was nothing available on a national level before,” says Dileep Singh Rathore of production services company On The Road India, which handled Tenet’s Mumbai shoot before the pandemic. Some of India’s 36 states offer small amounts of cash rebate and other incentives, but these schemes are mostly used by local productions.

Deborah Benattar of La Fabrique Films, which handled the Indian shoot of Swiss production And Tomorrow We Will Be Dead in early 2020, and more recently France-Italy-Canada co-production The Braid (La Tresse), says: “This is very good news for us as some projects that were looking for the final piece of financing may be able to come to India much more quickly because of these incentives.”

Luckily for India, production has already started to return, despite an Omicron surge in January, that like many other countries had much less impact due to high rates of vaccination. Benattar worked on The Braid in March and April this year: “We were a little nervous in January, but decided to go ahead because we were working with a little girl, so couldn’t wait in case she changed, and needed to shoot before the monsoon started [India’s monsoon affects production from June onwards]. It was a complicated shoot because we were filming in three railway stations, but we managed very well.”

It’s understood that A Fine Balance, directed by Ritesh Batra (The Lunchbox) and produced by Blueprint Pictures and Northwood Entertainment, has already started prepping in India, with India Take One Productions handling production services.

Other projects expected to be heading to India in the future include an Extraction sequel for Netflix, again starring Hemsworth and produced by the Russo brothers, and Amazon Studios’ Secret Daughter, directed by Anthony Chen and starring Priyanka Chopra Jonas and Sienna Miller.

But these are all projects that had been eyeing India long before the announcement of the incentive, which the FFO is hoping will bring a fresh wave of productions. Any international production that has been granted permission to shoot in India from April 1, 2022, onwards is eligible for the incentive. While no paperwork has been submitted so far, several line producers say they’re planning to apply. “I’ll try with whatever project I get, because I want to see how it works,” says Benattar, who is currently in talks to handle features from Belgium, France and Switzerland. 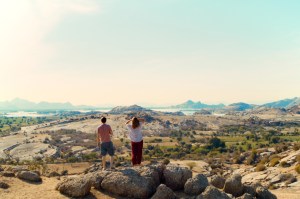 As the amount of rebate available is capped at $325,000, it’s unlikely to move the dial for studios movies and high-end TV, which will shoot in India anyway if they are local stories that require hard-to-cheat locations. India rarely stands in for other countries, except for neighbouring South Asian nations that are less secure or not as experienced in handling offshore production, such as Pakistan (A Mighty Heart, And Tomorrow We Will Be Dead) and Bangladesh (Extraction).

But line producers say the incentive could make a big difference for independent projects, especially at a time when budgets are rising more than ever due to the global production boom (India has also been hit by post-pandemic inflation, although costs are still much lower than those in the US and Europe). One of the first projects to apply will be Australian production The Laugh Of Lakshmi, produced by John Maynard and directed by S. Shakthidharan.

Partly set in Sri Lanka, which is currently rocked by social unrest and economic crisis, the film will shoot in India and Sydney from early 2023. “Incentives create opportunities for cast and creatives to flourish outside the studio system. This new incentive will bring forward stories that were unthinkable until now,” says Rakasree Basu of Frames Per Second Films, which is providing production services for the film. Sri Lankan filmmaker Prasanna Vithanage is also on board as an advisor.

But of course, the devil is always in the details and line producers are still figuring out how the incentive will work in practice – what exactly is included in QPE, how each project will be assessed and how long the cash rebate will take to come through.

One item that is definitely not included in QPE is India’s Goods and Services Tax (GST), the country’s equivalent of VAT or sales tax, which divides most items commonly found in a film budget into five tax rates (many items at 18%, transport at 5%, five-star hotels at 28%).

Introduced in 2017, the GST is a vastly more streamlined system than India’s previous maze of state-level and national taxes, and in theory offshore productions can claim at least a partial GST refund, but the process can be slow or stall altogether. Some producers have called on the government to exempt incoming productions from GST. Others want to see the refund process improved. But tax is overseen by the Ministry of Finance, while film and TV production is under the I&B Ministry. So it’s complicated.

There’s also the issue of script approval. No project can shoot without the I&B Ministry examining the script, and like many Asian countries, India has become much more sensitive of late. The ministry advises that negative comments on “Indian culture, religion, laws or politics, or affecting diplomatic relations between Indian and specific countries”, should be steered away from.

India is vast country with a byzantine administration and, over the years, the problems faced by international shoots have included crowd control, uncooperative local police and difficulty in obtaining permits.

Set up in 2015, under India’s National Film Development Corporation (NFDC), the FFO was tasked with easing some of those headaches. So far it’s managed to introduce a special visa for film crews, launch a web portal to handle permissions, and created a network of officers across state governments and central agencies – including the Ministry of Railways and Archaeological Survey of India (ASI) – to assist producers.

While in Cannes, the I&B Ministry also said it’s setting up a task force to explore support for India’s animation, visual effects, gaming and comics (AVGC) industries, which could result in talent development initiatives and further incentives. 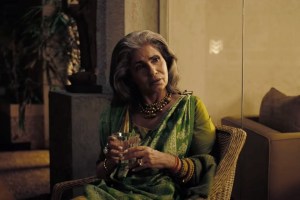 On certain projects, India has already proved it can move mountains, or at least shut down the Gateway of India and get helicopters in the sky. “We got everything we wanted for Tenet, including helicopters in the heart of Bombay, which nobody has done before,” says Rathore. “We had amazing support from the FFO, I&B Ministry and local Maharashtra government, including Mr Bhushan Gagrani, the principal secretary at that time, who personally took me into the war room with all the government agencies and police officers and said we have to make this happen.”

Of course, not every film gets the red carpet treatment. The test now for the India government is how efficiently they can administer the incentive; how much support they can give international productions at the grass roots level, where problems usually arise, and whether in the long-term they can raise rebate caps or assist with GST.

But with the depth of Indian stories, increasing internationalisation of content and growing demand for unique and far-flung locations, we’re likely to see a lot more of India, on screens of all sizes, very soon.