Human Race Is At Stake In ‘Voyagers’; ‘Moffie’ And ‘Slalom’ Debut – Specialty Preview 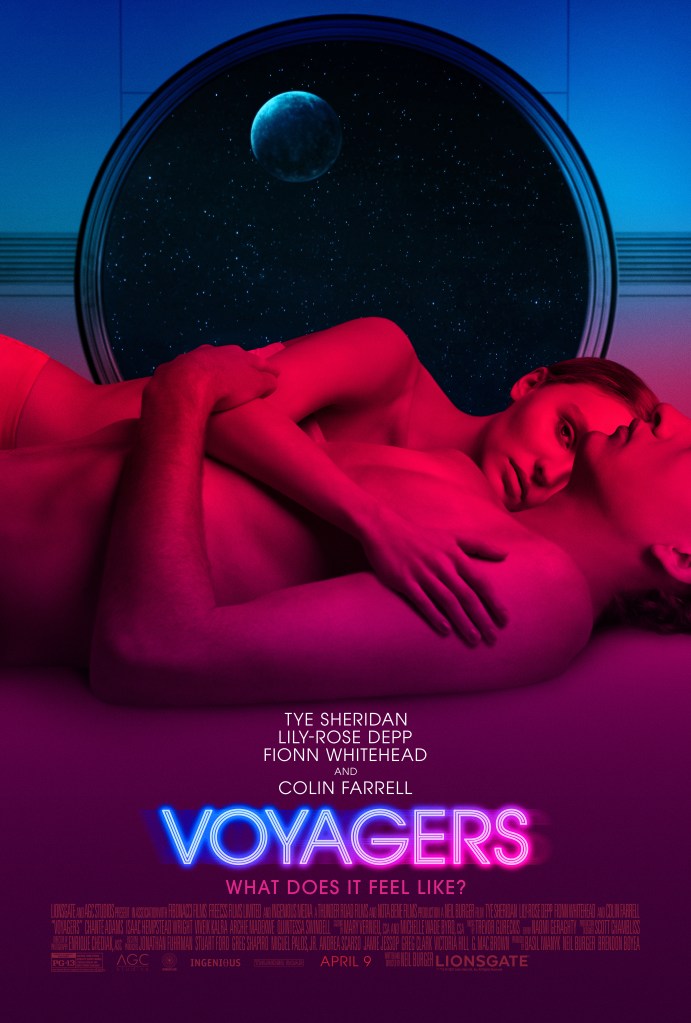 Written and directed by Neil Burger (Limitless, The Illusionist) Voyagers follows a group of young men and women bred specifically to have a great level of intelligence and obedience as they embark on an expedition to colonize a distant planet.

Sounds like good, safe fun, right? Well, if it was it wouldn’t be a movie worth watching.

It doesn’t take long for the young group of what could be manufactured automatons to start to uncover disturbing secrets about the mission. As things begin to unravel, they defy their training and begin to explore their most primitive natures. As a result, the entire ship becomes chaos in space as they’re consumed by fear, lust, and the insatiable hunger for power. 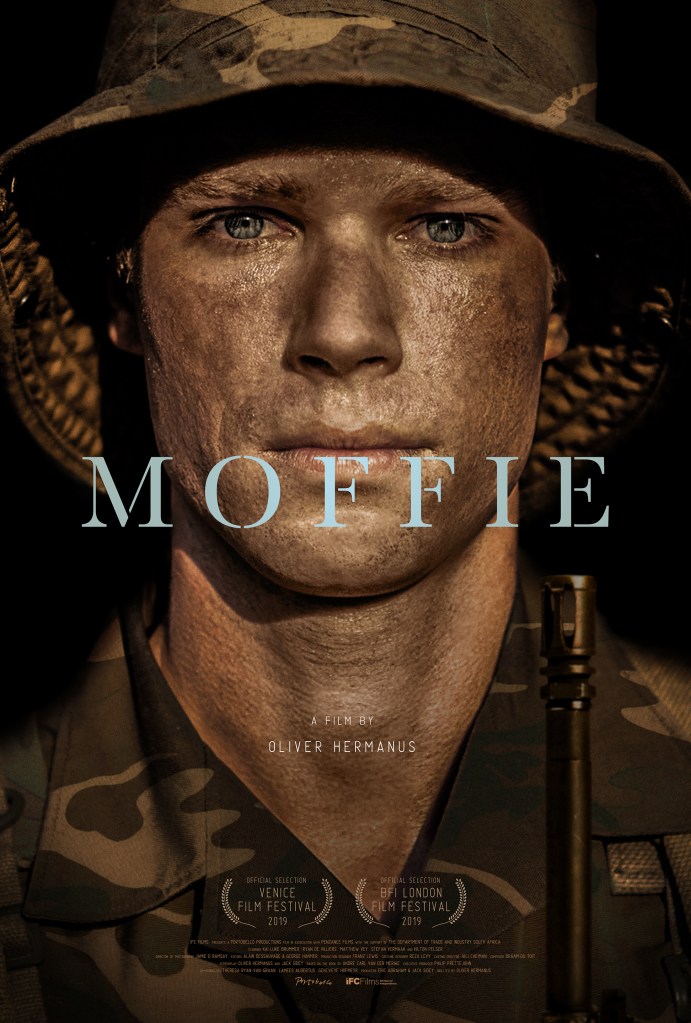 Marking the fourth feature film from South African director Oliver Hermanus, Moffie is an adaptation of André-Carl van der Merwe’s memoir that unpacks the psychological violence of institutionalized homophobia. Again, this is not a bromantic comedy.

The term “moffie” is an Afrikaan homophobic slur and serves as the title of this film that follows the life of a closeted young boy serving his mandatory military service during Apartheid in 1980s South Africa where the white minority government is embroiled in a conﬂict on the southern Angolan border.

Like all white boys over the age of 16, Nicholas Van der Swart must complete two years of compulsory military service to defend the Apartheid regime. The threat of communism and “die swart gevaar” (the so-called black danger) is at an all-time high.

Through all this and the brutal military training, things become more difficult when a connection is sparked between him and a fellow recruit.

That’s a lot to unpack. 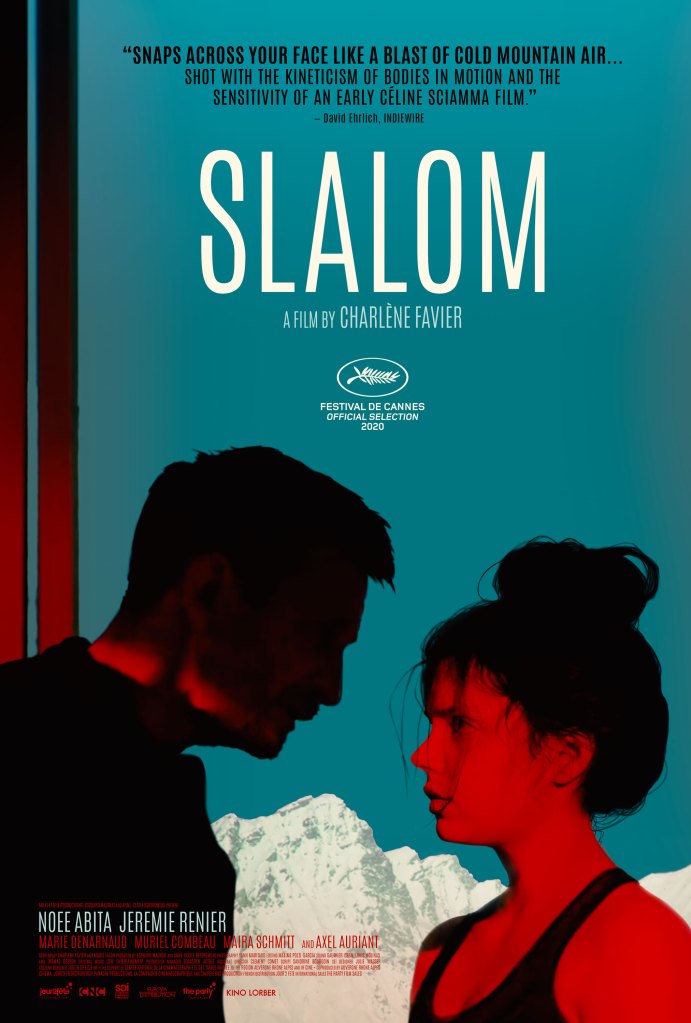 Marking their feature film debut for Charlène Favier, Slalom follows the relationship between a teenage ski prodigy and her predatory instructor — a story that is all too familiar, unfortunately.

Newcomer Noée Abita plays 15-year-old Lyz, a high school student in the French Alps who has been accepted to an elite ski club known for producing some of the country’s top professional athletes. Taking a chance on his new recruit, ex-champion turned coach Fred (Jérémie Renier) decides to mold Lyz into his shining star despite her lack of experience.

Lyz eventually becomes successful under the training of Fred, but things start to turn when she has to navigate the physical and emotional pressure of elite training and an abusive, predatory coach that has a mental and physical grip on her. 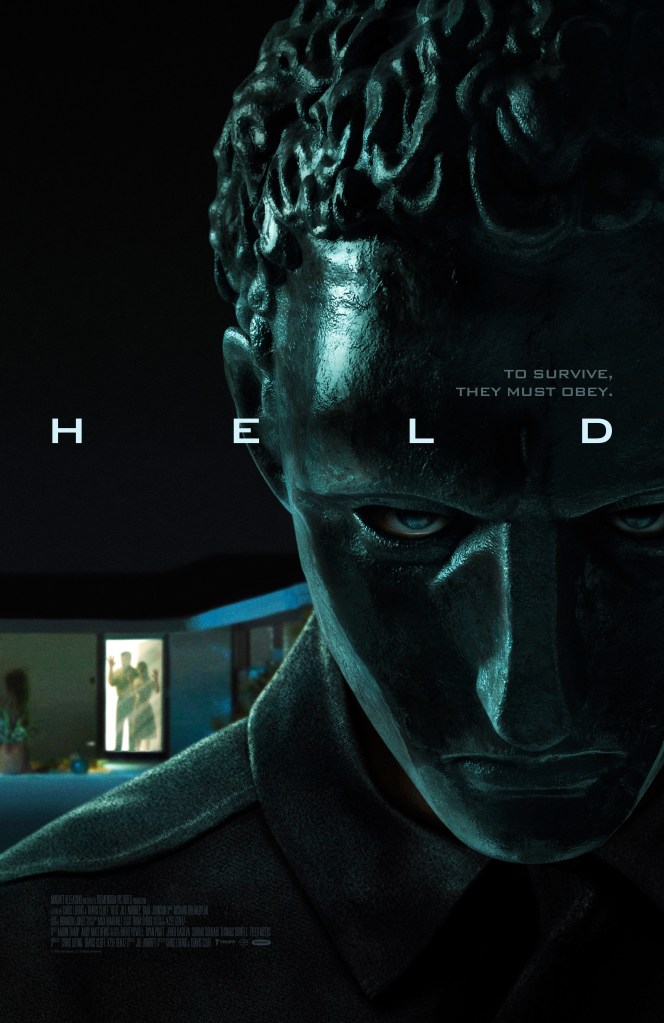 Directors Chris Lofing and Travis Lofing bring the thrills with their new pic Held, which will be released by Magnet Releasing in theaters and on demand today.

In Held, we are introduced to Emma (Jill Awbrey, who also wrote the script) and Henry (Bart Johnson). Their marriage isn’t doing too great. It doesn’t have that spark. In an effort to reconnect, they go on a getaway to a remote high-end rental Airbnb situation. The smart house is completely automated and wired with integrated security.

After they suspect a nighttime intruder in the midst, they decide to flee — but the house has different plans. They are forcibly trapped inside by the automated security system. In a “the call is coming from inside the house” twist, an unknown ‘Voice’ watches their every move through hidden cameras, revealing an intimate and unsettling knowledge of their relationship. While the situation gets more and more brutal, Emma and Henry must work it out or die… literally.

Also making its debut this weekend is Pål Øie’s The Tunnel, which opens theatrically and drops on VOD today.

When a tank truck crashes in a tunnel in the Norwegian mountains, families, teenagers and tourists become trapped on their way home for Christmas. First responders struggle to get to the scene of the accident as a blizzard rages outside. To make matters worse, the wrecked tanker catches fire and the tunnel is filled with deadly smoke. It’s definitely one of those live or die situations.The Tunnel stars Thorbjørn Harr, Ylva Lyng Fuglerud, Lisa Carlehed, Ingvild Holthe Bygdnes, Mikkel Bratt Silset, and Per Egil Aske.

Directed by ​Daniel Zirilli, Hollow Point makes its way to VOD today. Starring Luke Goss, Dilan Jay, Jay Mohr, JuJu Chan, Michael Paré, and Bill Duke, Hollow Point follows a man who is grieving after his wife and daughter were senselessly murdered. He then finds himself caught up in a war between a group of charismatic vigilantes and the crime that infests their city.

Prince Philip’s Death: How The BBC & Other...