In an annual report, Human Rights Watch (HRW) released a scathing review of the Chinese government, calling on the international community to push back against "the most brutal and pervasive oppression China has seen in decades."

The U.S. organization's global head, Kenneth Roth, was denied entry Sunday to Hong Kong where he was expected to launch the 2020 report, which covers the global human rights situation but features China prominently.

The report condemns Beijing's treatment of Uighur Muslims in the Xinjiang region and warns that China's growing political influence and efforts to censor people abroad pose an "existential threat to the international human rights system."

"If not challenged, Beijing's actions portend a dystopian future in which no one is beyond the reach of Chinese censors, and an international human rights system so weakened that it no longer serves as a check on government repression," Roth said in the report.

China last month announced sanctions on HRW and other U.S. nongovernmental organizations (NGOs) as a countermeasure to the U.S. Hong Kong Human Rights and Democracy Act, which supports anti-government protests in Hong Kong and threatens China with sanctions for human rights abuses.

Beijing said the NGOs are encouraging violent crime linked to anti-government protests in Hong Kong that have plagued the city for over six months. Roth rejected the accusation.

The HRW report, released at the United Nations on Tuesday, said Hong Kong police have used "excessive force" and have "increasingly restricted freedom of assembly" there. It criticized Hong Kong's pro-Beijing leader Carrie Lam for refusing to launch an independent investigation into police abuses. 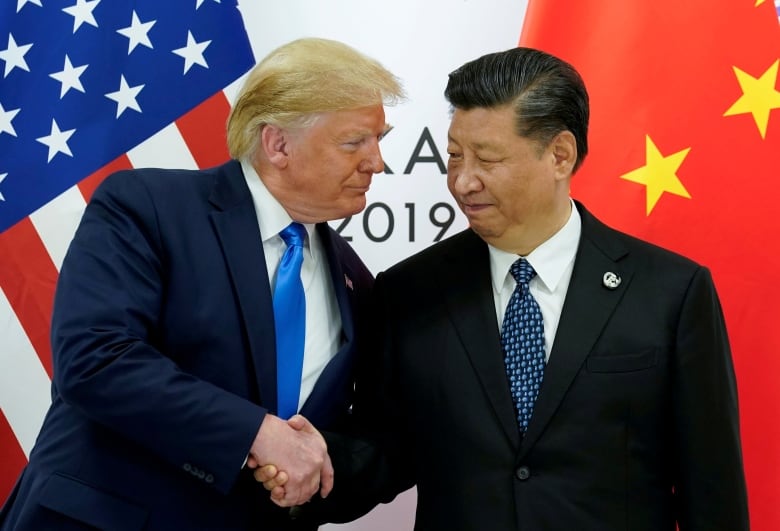 Beijing has previously criticized HRW over its investigations on surveillance technology and re-education camps in Xinjiang. The UN estimates roughly one million Uighurs have been previously detained in Xinjiang.

Beijing denies any mistreatment of Uighurs or others in Xinjiang, saying it is providing vocational training to help stamp out Islamist extremism and separatism and to teach new skills.

China has always been sensitive to rights allegations, but in the past year it has become increasingly forceful in rebuking criticisms, which have periodically threatened to derail trade negotiations with the United States.

"To avoid criticism of them, the Chinese government is trying with increasing ferocity to use its economic and diplomatic clout to silence critical voices abroad and to undermine global institutions that protect human rights," Roth told a news conference at the UN.

When it came to countering China on human rights, Roth said several important governments have been "missing in action."

"[U.S. President Donald] Trump has lost credibility because he so often embraces friendly autocrats, rather than defend the human rights standards that they flout," Roth said.

"The European Union has been diverted by Brexit, it's been obstructed by nationalist members, it's been divided over migration and as a result, it's often found it difficult to adopt a strong common voice on human rights," he said. "Other governments are simply bought off [by China]."

"Hong Kong is a part of China, so given what you said here, I think it is clear to all why you have been barred such entry," Xing told Roth.

2 SAG-AFTRA Contract Negotiators Say They Were Kept In The...

5 5-year-old Cannon Hinnant's murder is a tragedy, but...

6 FBI lawyer to be charged as a result of investigation...

8 Sara Haines returning to ‘The View’ as co-host