Hundreds of mask-wearing protesters marched through Hong Kong's central business district at lunchtime on Friday, occupying a main thoroughfare and disrupting traffic as the territory braced for another weekend of turmoil.

Chanting calls for their core demands and denouncing what they see as police brutality, the crowd peacefully occupied streets in the financial district, home to some of the world's most expensive real estate, before dispersing.

Hong Kong's metro operator had opened all stations in the morning for the first time in a week ahead of another round of anti-government protests, while the territory's legislature began its first session since protesters stormed the building in July.

Pro-establishment and democratic lawmakers shouted at each other before the beginning of the session, underscoring the tension and divisions in Hong Kong after four months of often violent protests.

Some lawmakers wore black masks as they sat in the chamber, while others carried placards reading: "Police brutality still exists, how can we have a meeting?"

Watch as Hong Kong lawmakers argue during a council meeting:

Democratic lawmakers in Hong Kong, some wearing black masks in solidarity with protesters, argued with their pro-establishment counterparts before the start of a legislative council session. 0:31

The protests have plunged Hong Kong, an Asian financial hub, into its worst crisis since it returned to Chinese rule from U.K. control in 1997, posing the biggest popular challenge to Chinese President Xi Jinping since he came to power in 2012.

What began as opposition to a now-withdrawn extradition bill has evolved into a movement fanned by fears that China is stifling Hong Kong's freedoms, which were guaranteed under a "one-country, two-systems" formula introduced with the 1997 handover.

China denies the accusations and says foreign countries, including the U.K. and the United States, are fomenting unrest.

Metro operator MTR Corp, with a network that carries about five million passengers a day, said all lines would shut at 10 p.m. local time on Friday, more than two hours earlier than usual, so more repairs could be carried out after protesters torched or trashed stations across the territory last weekend.

Many stores and businesses have had to shut early due to metro closures, putting another burden on Hong Kong's faltering economy as it faces its first recession in a decade.

Protesters have targeted the MTR because it has been blamed for closing stations at the government's behest to contain demonstrations. 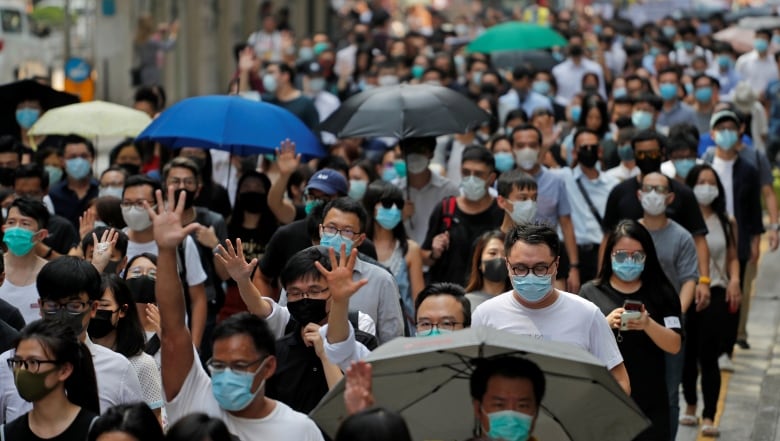 Hong Kong is bracing for another weekend of turmoil with more demonstrations planned. (Susana Vera/Reuters)

The normally efficient system shut down last Friday following arson attacks, and has operated only partially since then.

Lam introduced the emergency laws, including a ban on masks, in an effort to quell unrest. But the ban sparked some of the worst violence since protests started, with many residents fearing the emergency laws may be expanded, further eroding civil liberties.

The government said on Thursday it would not bring in any other emergency measures.

Hong Kong has been relatively calm for a few days after a street march by tens of thousands of people last Sunday spiralled into a night of violent clashes between police and protesters.

Several major conferences and other events have been called off because of the protests. The latest to go is an annual swimming race in Hong Kong's famed harbour. Property developer New World Development Company Limited said it is cancelling the Oct. 27 competition because of the "social situation."

The protest movement still appears to have a broad base of support despite the violence and vandalism carried out by small groups of front-line protesters.

Residents, particularly those in their 20s and 30s, are calling for the protection of civil liberties. Many young people are also angry about the territory's hugely expensive property, widening inequality and poor job prospects. 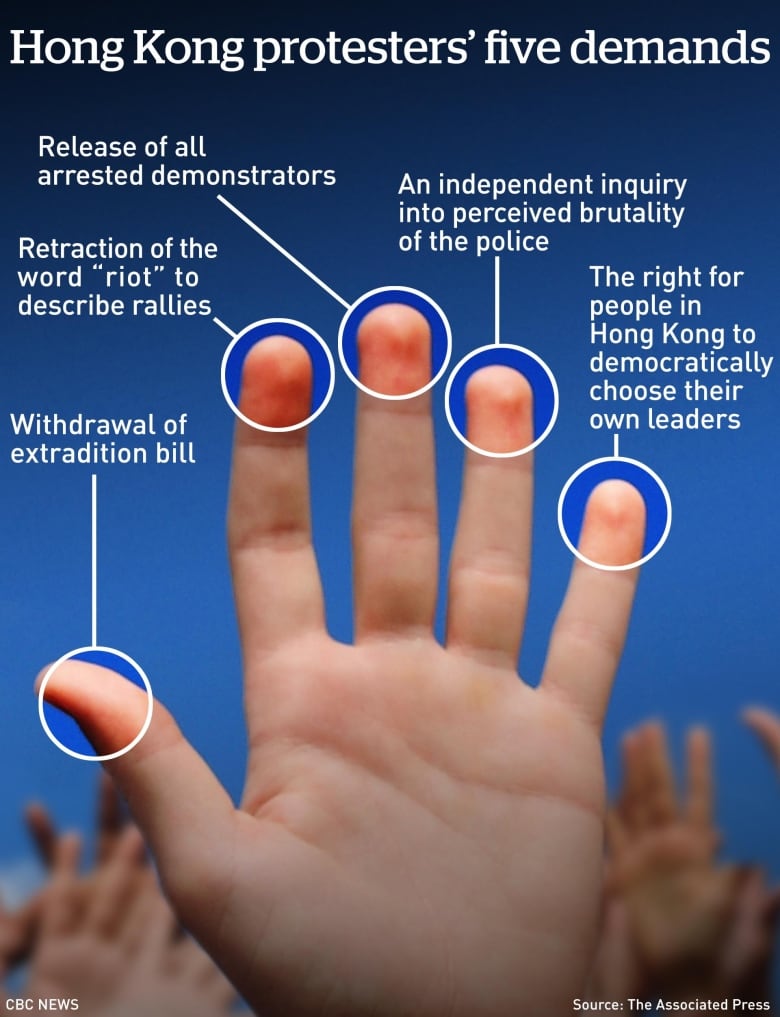 Ninety people have been arrested for anti-mask law violations in the past week, pushing the total number since June to over 2,300, police said on Friday.

Many of those arrested are below age 16, authorities said.

On Oct. 16, Lam is due to deliver Hong Kong's annual policy address, which traditionally contains sweeteners and support for business and investment. She has said that due to the unrest, her address will not be as "elaborate" or as "comprehensive" as normal.