The Louvre, home of the famed Leonardo da Vinci masterpiece, the Eiffel Tower and the Palace of Versailles will remain off-limits for the immediate future.

None of France's three most iconic tourist sites will reopen when the country lifts most of its remaining coronavirus lockdown restrictions next week, with some of Europe's other major cultural sites also taking their time to reopen.

The Eiffel Tower likely won't be able to reopen before the second half of June, according to Stéphane Dieu, a labour representative for the monument's staff. He said they still need to fine tune with the site's management how to protect employees and visitors and to maintain social distancing.

"For the moment, it's not possible with all of the best will in the world," Dieu said.

When the tower does reopen, sightseers seeking breathtaking views of Paris may be in for a stair workout: the elevators that usually whisk visitors to the three different levels will likely remain closed, Dieu said. 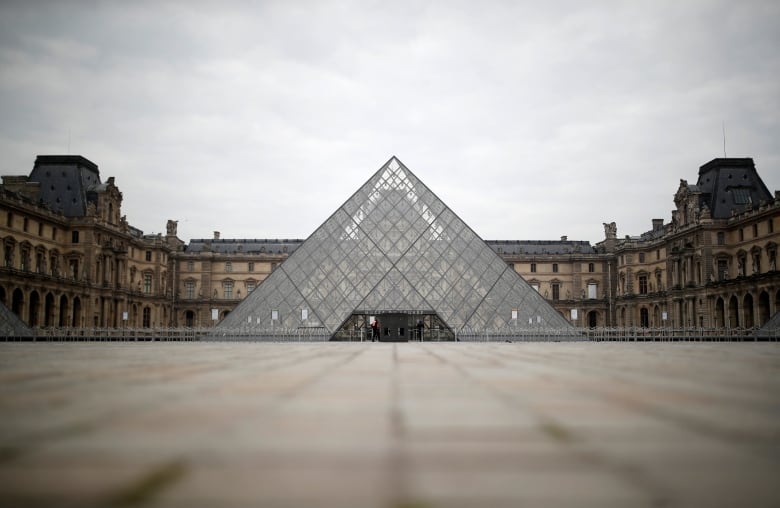 The Pyramid entrance of the Louvre museum, typically filled with queuing visitors, is seen deserted in mid-March after the Parisian museum closed as part of widespread measures to slow the spread of COVID-19 in France. (Christian Hartmann/Reuters)

At the Louvre Museum, managers have told workers they are aiming to reopen some time between the end of June and mid-July, said Andre Sacristin, a labour representative who has been involved in the planning discussions.

When the museum reopens, there will be strict public hygiene rules and visiting "the Louvre will not at all be as it was before. That's impossible," Sacristin said.

He said he expects everyone, staff members and visitors, will have to wear face masks.

About 20 per cent to 30 per cent of the museum's rooms might be closed, but "of course the Mona Lisa will be open," Sacristin said. Details will be ironed out in further meetings between management and staff.

The Versailles Palace, the former home of France's kings, also won't reopen Tuesday, when most of the remaining lockdown restrictions are lifted in France. The palace said a date for reopening hasn't yet been decided.

In Madrid, the Prado, Reina Sofia and Thyssen museums — the so-called "triangle of the arts" — are scheduled to jointly reopen on June 6, two weeks after they were officially allowed to welcome visitors again. Initially, some of their exhibition space will remain closed and visitor numbers will be limited to 30 per cent of their size before the pandemic.

While smaller Spanish museums were quick to reopen this month, major ones said they needed more time to prepare protective gear for staff, temperature checks for visitors and crowd-control measures. 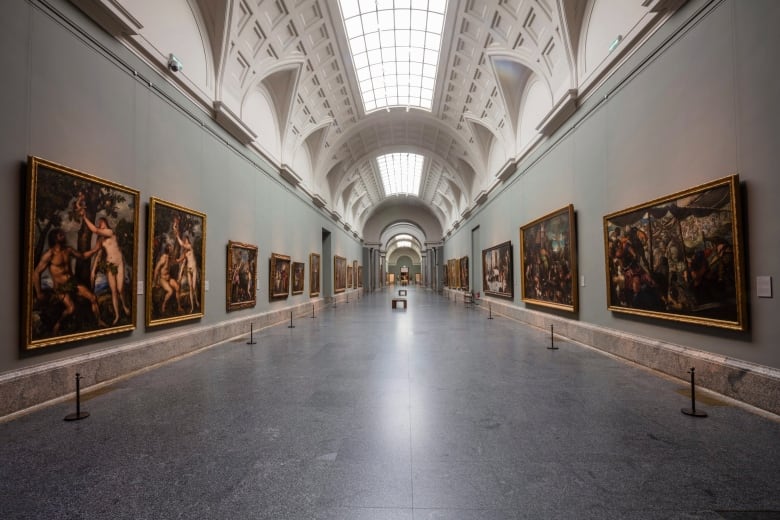 The closure of Madrid's Prado Museum marks its first in eight decades. It was last forced to shut down during the Spanish Civil War during the 1930s. (Bernat Armangue/Associated Press)

The Prado, the crown jewel of Spanish museums and home of works by Francisco de Goya, Diego de Velazquez and other masters, has been shut since March 11. It's the museum's longest closure in eight decades, since the 1936-1939 Civil War.

The slogan chosen by the museum for its re-opening is "Re-encounter."

The DeanBeat: Gamers count down the days to The...

9 Anna Faris Talks Being Broke When She Landed Her Big Role...