Protesting farmers on Sunday rejected the Indian government's offer to hold immediate talks if they ended their blockades of key highways as they seek the scrapping of legislation they say could devastate crop prices.

The thousands of farmers will continue camping out on highways in Punjab and Haryana states until three new agriculture laws are withdrawn, Jaskaran Singh, a leader of the Kisan Union, or Farmers' Union, told reporters.

The farmers say the laws could cause the government to stop buying grain at guaranteed prices and result in their exploitation by corporations that would buy their crops cheaply.

The government says the legislation brings about much needed reform agriculture that will allow farmers the freedom to market their produce and boost production through private investment.

"These reforms have not only served to unshackle our farmers but also given them new rights and opportunities," Prime Minister Narendra Modi said Sunday. 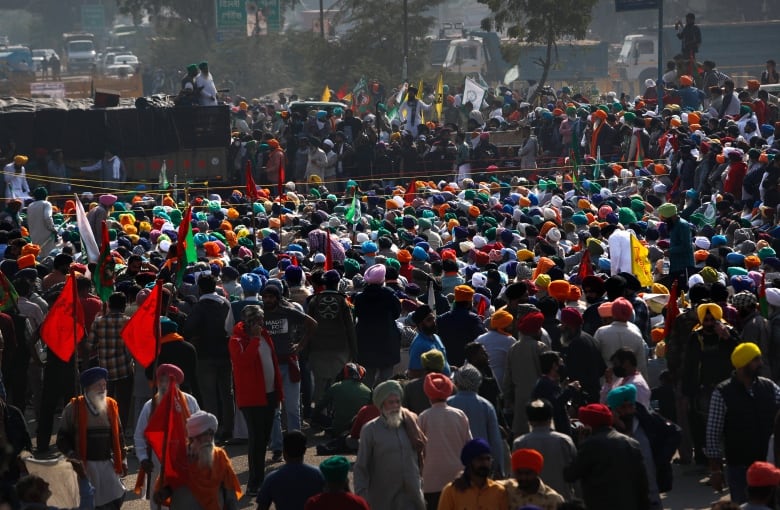 That followed a day of clashes with police, who used tear gas, water cannons and baton charges to push them back as they tried to enter New Delhi.

The latest offer for talks was made by Home Minister Amit Shah on Saturday.

But he said the farmers would have to shift their protests to a government-designated venue in New Delhi and stop blocking the highways. 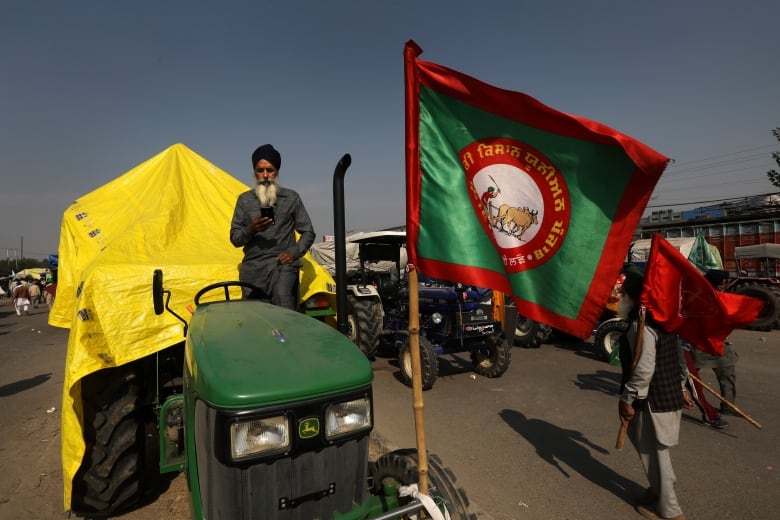 A farmer checks his mobile phone during a blockade at the Delhi-Haryana state border on Sunday. (Manish Swarup/The Associated Press)

"We want the farm laws to be scrapped, that's all," he said.

Singh said more farmers would be joining the protest and blocking national highways in other states as well.

Farmers have long been seen as the heart and soul of India, where agriculture supports more than half of the country's 1.3 billion people.

But farmers have also seen their economic clout diminish over the last three decades.

Alessandra Ambrosio prances around the beach in...