May 4th marked the 20th anniversary of GodGames’ acquisition by Take-Two. Wilson, Miller and Sweeney have all trod their own paths in the video game industry, and they’re all still active today. They started out in the undefined, pre-internet, post-shareware fog of the early 1990s, where they learned plenty about large-scale business and protecting artist integrity. They share a common foundation.

Wilson is now in charge of Devolver Digital, the company he founded in 2009 with Harry Miller, Rick Stults, Nigel Lowrie and Graeme Struthers.

“We learned that staying small was good, so all of that just also coincided with this new wave of these tiny teams that started appearing around the time we started Devolver,” Wilson said. “And the difference is, these teams did not aspire to build empires. They were not making small games so that they could make big ones later. They seemed to just inherently know that smaller meant, A, more money to go around without something that needed to be mainstream, and B, freedom.”

"We learned that staying small was good."

Devolver offered -- and still offers -- easy-to-understand contracts, no IP ownership clauses, and royalty rates that start at 50 percent (just like Epic’s new deal). It feels like Wilson has found the sweet spot where his publishing ideals can thrive, and he’s aiming to keep Devolver sustainable, agile and independent. The studio found its footing with Serious Sam, a franchise created by Croteam, one of the studios GodGames published back in the day. Serious Sam HD: The First Encounter launched in 2009 under Devolver, followed by a sequel in 2010. Serious Sam 4 is due to hit PC and Google Stadia in August.

“Gathering's way of doing business is what enabled Devolver to come into existence in the first place,” Wilson said. “Croteam owned the Serious Sam IP and could work with whomever they wanted, and were financially independent, because the original Serious Sam game was signed with Gathering. For the first two years of our existence, Serious Sam was all we had, and that series along with The Talos Principle, also from Croteam, continue to be a very significant chunk of our overall sales, and doing the Serious Sam indie series was what set us on our path of working with this new wave of tiny indies.”

“When the Hotline Miami guys found such success, they didn't go hire 10 or 20 people,” Wilson said. “They've been slaving away on their next project, just the two of them, just like they did before.” 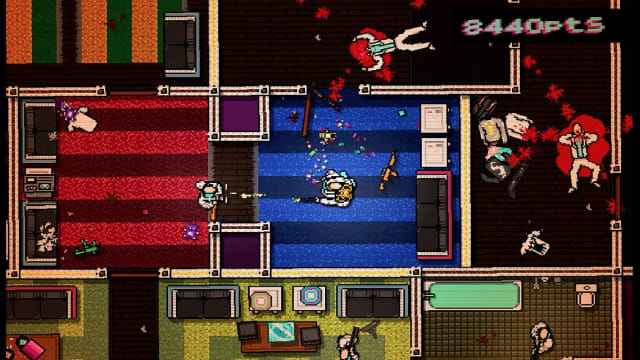 Miller’s 3D Realms ended up in a legal battle with Take-Two over the Duke Nukem franchise, and eventually the rights to the series were transferred to Gearbox Software. SDN Invest acquired 3D Realms in 2014, and today, Miller serves as an adviser to the studio.

Under Epic, Sweeney launched the Unreal series, Unreal Engine, a lineup of Unreal Tournament games and the Gears of War franchise. Tencent, the Chinese technology giant, acquired 40 percent of Epic Games in 2012 as the company eyed an expansion into living, online games. The company remained private and under Sweeney’s control.

Just before the acquisition, Epic revealed Fortnite, a cooperative survival shooter with base-building, hordes of zombies and cartoonish graphics. The game launched in 2017 and flopped -- until Epic released a new mode, Fortnite Battle Royale, and the gaming landscape was forever changed. Today, Epic’s value hovers around $15 billion. 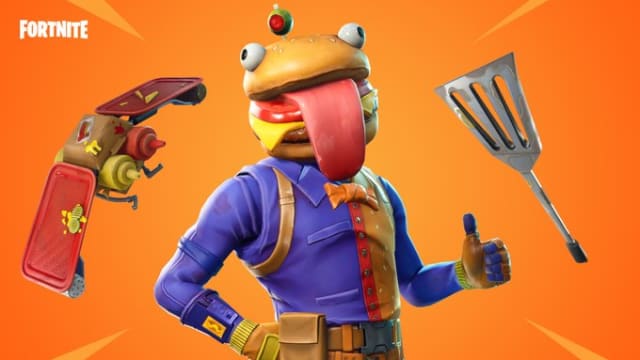 This puts Epic in the same arena as giants like Activision, EA, Take-Two, Valve, Sony and Microsoft. All of these companies act as publishers, and most of them have toyed around with indie-publishing schemes. Microsoft has [email protected], EA has its Originals line, and in the early days of the PlayStation 4, Sony was the undisputed king of securing high-profile indies. That’s since changed as the market has evolved and companies with a sole focus on indie publishing have stepped up, including Devolver, Annapurna Interactive and Raw Fury.

Exclusivity deals drive the top tiers of the industry, with companies like Microsoft, Sony and now even Google vying for players’ attention. Snagging exclusive rights to a hot new game is the best way to ensure players will show up in a specific company’s ecosystem, and the easiest way to score an exclusive game is to simply buy the studio that’s making it. This means acquisitions are the norm for the largest businesses. Xbox Game Studios, for instance, has 15 organizations under its umbrella, including Double Fine, Playground Games, Obsidian Entertainment, Ninja Theory and Mojang, the home of Minecraft.

Epic is playing this game, too, and its main competitor is Valve, another multibillion-dollar powerhouse. The Epic Games Store launched in 2018, offering the first real competitor to Valve’s Steam in a decade. It secured a handful of exclusive and timed-exclusive titles right away, keeping those games off of Steam.

Epic is playing this game, too.

Meanwhile, in mid-2018, Valve acquired Firewatch studio Campo Santo and In the Valley of Gods, its high-profile in-progress game. Work on that title has been effectively shut down as the Campo Santo team works on other Valve projects, like Half-Life: Alyx.

As a rule, the Epic Games Store takes 12 percent of a game’s sales revenue, significantly less than Steam’s 30 percent standard. Sweeney has been vocal about pushing Steam to offer better deals to developers, though Valve hasn’t budged. Valve founder Gabe Newell has kept himself out of the conversation entirely.

“I used to have a higher opinion of Gabe,” Miller said. “But the fact that he's not adjusting the rates in favor of developers is disappointing because he's got a developer background too. And Valve is a development company. Why isn't he more pro-developer in the position he's at and at least cut it down to 20 percent?”

If Steam committed to a permanent 88% revenue share for all developers and publishers without major strings attached, Epic would hastily organize a retreat from exclusives (while honoring our partner commitments) and consider putting our own games on Steam.— Tim Sweeney (@TimSweeneyEpic) April 25, 2019

Epic Games Publishing offers 50-50 profit sharing, no IP transfers and full funding for projects. Three studios have signed on so far: Remedy Entertainment (Control, Alan Wake), Playdead (Inside, Limbo) and genDESIGN (The Last Guardian). This developer-focused, acquisition-averse system may make sense to people like Sweeney, Wilson and Miller, but it’s still a strange move for such a huge video game organization.

There are hundreds of other characters in this story. The contemporary publishing scene formed over decades of deals, successes and disappointments, and at the highest levels, it has led to a predictable cycle of mass lay-offs and soul-crushing crunch. If the people at the top of the industry are at all interested in fostering innovation, health and sustainability — and, yes, profit — an artist-first publishing approach makes more sense.

“I don't know what AAA studios are paying indies these days, but the answer is usually as little as possible,” Wilson said. “That's why you see all these big companies with these big franchises and the same cycle of layoffs and all of that, because they're just doing the math. It's not really about the people at that point.”

4 How To Watch Fourth of July Fireworks From Home

9 ‘Voices Of Fire’ Captures The Search To Create Pharrell...