Ukraine has wrapped up its second round of "difficult and detailed" talks with Iran over the destruction of Flight PS752 and has been told Iran's safety investigation will be completed within a month, says Ukraine's ambassador to Canada.

Ambassador Andriy Shevchenko said Ukraine expects to receive an advance copy of Iran's Civil Aviation Organization's report to provide remarks before it's released publicly by the one-year anniversary of the disaster, according to international conventions.

"It's a very important piece of the investigation because it should help us to understand what happened — in particular, why the skies above Iran were not closed on that very tragic day," Shevchenko told CBC News.

The Islamic Revolutionary Guard Corps (IRGC) shot down the Ukraine International Airlines flight shortly after takeoff in Tehran on Jan. 8, killing all 176 passengers onboard — including 55 Canadian citizens and 30 permanent residents.

Iran originally denied shooting down the Ukrainian flight for three days after the crash. In response to mounting international pressure and evidence, Iran later admitted the IRGC "mistakenly" shot down the jet just hours after Iran's forces fired missiles at Iraqi bases where U.S. troops were stationed.

Ukraine's delegation in Iran this week represented all five countries that lost citizens in the crash, including Canada. Unlike Canada, Ukraine still has diplomatic relations with Iran. A Ukraine International Airlines plane is at the centre of the case, giving the country more access to the investigation than other countries. 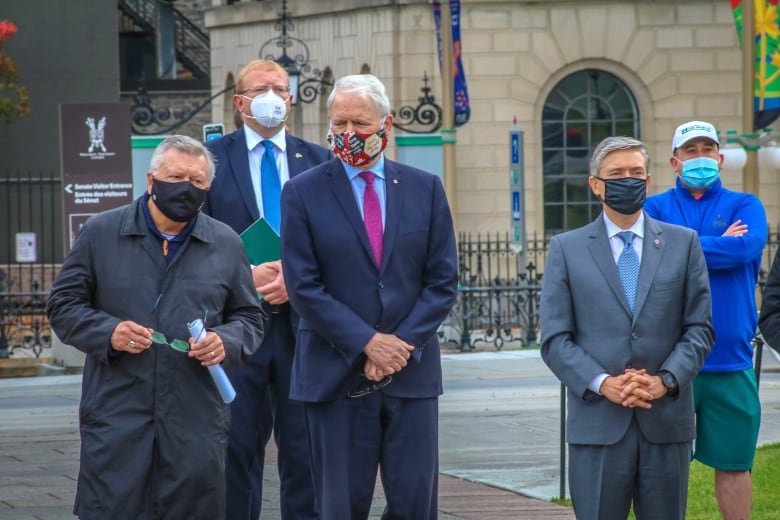 On Monday, an Iranian Foreign Ministry spokesperson criticized Foreign Affairs Minister François-Philippe Champagne for saying that Canada would hold Iran to account. Shevchenko said Ukraine is standing with Canada and other countries affected by the event to "speak with one voice."

Over the three days of technical meetings, Ukraine learned some new details about the safety probe and the criminal investigation, Shevchenko said, adding that the information could not be released publicly.

"What I heard from my capital is, it was a very difficult, detailed conversation with a lot of the right words spoken," he said. "But ... we'd like to see the actions that will follow."

Ukraine is still demanding to know more about the chain of command — how decisions were made and who is responsible. Ukrainian officials asked for evidence and details about the "six servicemen" Iran said it arrested in connection to the downing of the plane, Shevchenko said.

"It will be unacceptable to see Iran punish the minor personnel without presenting a clear picture of the chain of command which led to this terrible tragedy," he said.

"We do not Iran to hide behind the truth of these state secrets."

Iran told Ukraine it was willing to compensate victims' families; Shevchenko said the issue wasn't discussed further during the talks because the countries involved want the truth uncovered first. 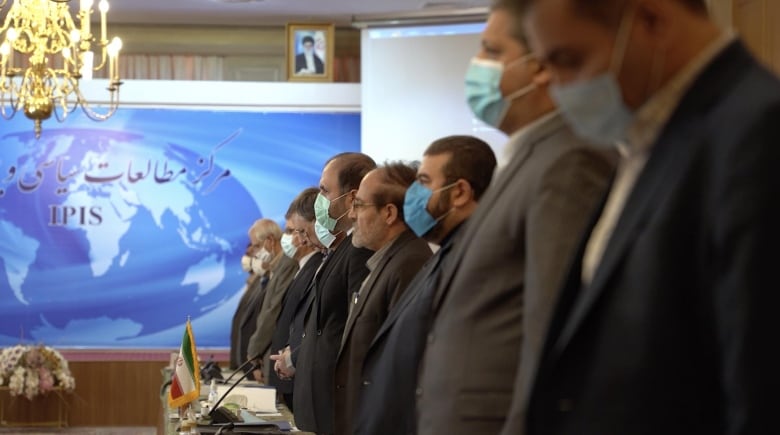 Officials in Iran and representatives of Iran's civil aviation authority met with Ukraine's delegation this week for a second round of talks about the downing of Flight PS752. (CBC News)

Officials in Iran maintained that "human error" was to blame for the Islamic Revolutionary Guard Corps shooting down the commercial plane with two surface-to-air missiles, the ambassador said.

Canada has rejected the Iran Civil Aviation Organization's report, released in August. The report states the missiles were not properly reorientated after being moved and that a communication breakdown caused two IRGC members guarding the missile to misidentify the commercial plane as a threat and open fire twice without getting approval from senior ranking officers.

Hamed Esmaeilion — whose wife Parisa Eghbalian and her nine-year old daughter Reera Esmaeilion died on Flight PS752 — is the spokesperson for an association representing victims' families in Canada. He said he hopes Ukraine shares the new details it learned about the safety and criminal investigations with Canada.

"In my opinion, any details of this case should be disclosed to everyone," said Esmaeilion. "The families are the biggest stakeholders. This is the first group that should know what happened."

He said his association has a fact-finding committee and has gathered the names of people in Iran who may have been involved in the destruction of Flight PS752. The families said they want to share those names with Ukraine and be involved in their criminal investigation.

Esmaeilion said families are not confident the negotiations will get them the justice they're looking for.

The next round of talks between Ukraine and Iran is set for the end of November and early December.

Mood in Lagos turns from defiance to...