“It was shot down when it entered Iran’s airspace near the Kouhmobarak district in the south,” the Guards’ website added. 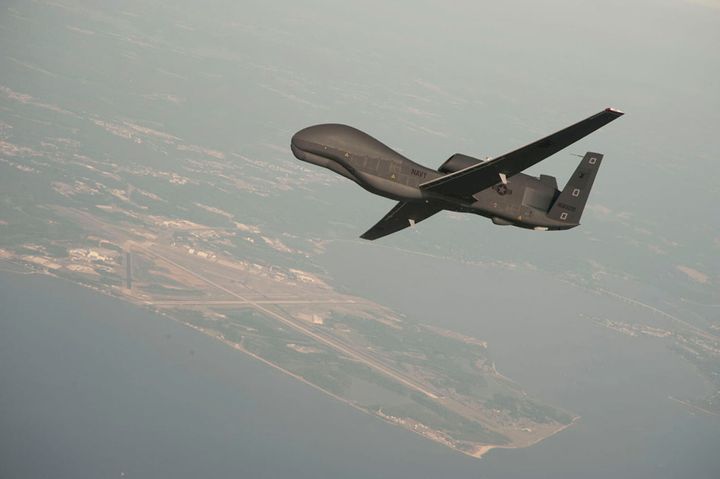 The RQ-4 Global Hawk unmanned aircraft system (UAS) can fly at high altitudes for more than 30 hours, gathering near-real-time, high-resolution imagery of large areas of land in all types of weather, maker Northrop Grumman says on its website.

The U.S. military has in recent days confirmed an attempt by Iran to shoot down a U.S. drone last week as well as a successful shootdown of one on June 6 by Iran-aligned Houthi forces in Yemen.

Tension between Iran and the United States has spiked since last year when President Donald Trump exited a 2015 nuclear deal between Tehran and major powers and reimposed sanctions on the country.

Concerns about a military confrontation between Iran and the United States have mounted since attacks on two oil tankers in the Gulf of Oman last week and four tankers off the United Arab Emirates on May 12, both near the Strait of Hormuz, a major conduit for global oil supplies.

The United States and its regional ally Saudi Arabia have blamed Iran for the incidents. Iran has denied responsibility.

To counter Iran’s threats, the U.S. military has sent forces, including aircraft carriers, B-52 bombers and troops to the Middle East. However, Trump said he does not seek war with Iran.

Iran said last week that it was responsible for the security of the Strait of Hormuz, calling on American forces to exit the Gulf.

In protest at Trump’s “maximum pressure”, in May Tehran said it would start enriching uranium at a higher level unless other European signatories to the deal protected its economy from the U.S. sanctions within 60 days.

In recent weeks, the U.S. has sped an aircraft carrier to the Mideast and deployed additional troops to the tens of thousands already in the region. Mysterious attacks also have targeted oil tankers as Iranian-allied Houthi rebels launched bomb-laden drones into Saudi Arabia.

All this has raised fears that a miscalculation or further rise in tensions could push the U.S. and Iran into an open conflict, some 40 years after Tehran’s Islamic Revolution.

Iran’s paramilitary Revolutionary Guard, which answers only to Supreme Leader Ayatollah Ali Khamenei, said it shot down the drone Thursday morning when it entered Iranian airspace near the Kouhmobarak district in southern Iran’s Hormozgan province. Kouhmobarak is some 1,200 kilometers (750 miles) southeast of Tehran and is close to the Strait of Hormuz.

Capt. Bill Urban, a U.S. Central Command spokesman, declined to comment when asked if an American drone was shot down.

However, he told The Associated Press: “There was no drone over Iranian territory.”

Meanwhile, White House spokeswoman Sarah Sanders said Trump had been “briefed on the reports of a missile strike in the Kingdom of Saudi Arabia.”

“We are closely monitoring the situation and continuing to consult with our partners and allies,” Sanders said.

The Houthi’s Al-Masirah satellite news channel claimed the rebels targeted a power plant in Jizan, near the kingdom’s border with Yemen, with a cruise missile. Saudi state media and officials did not immediately report a missile strike Thursday.

A Saudi-led coalition has been battling the Houthis since March 2015 in Yemen, the Arab world’s poorest nation now pushed to the brink of famine by the conflict. In recent weeks, the Houthis have launched a new campaign sending missiles and bomb-laden drones into Saudi Arabia.

2 Richard Rose didn't believe in the 'hype' of wearing...

3 Star Trek The Next Generation Ending Explained: How The...

4 Kenya Barris On Mining His Life For ‘#BlackAF’, Being...

5 Thandie Newton On The Dispossessed & The Spiritual In...