Is now the time to make global corporations pay their fair share?

As the procrastinators among us worry over our own tax forms, it may be a little galling to think about the shrinking share of taxes paid by some wealthy corporations.

This week the New Democratic Party is considering how to soak the rich to help pay for the less well off, but as the rich get richer and governments look for ways to pay for the pandemic, you don't have to go to the NDP to find experts trying squeeze a bit more money out of the wealthy.

U.S. money manager Warren Buffett, the world's fourth-richest person, has proposed a wealth tax. In the U.S., the state of New York is working on a plan to raise taxes on those earning more than a million dollars a year, joining New Jersey in an attempt to raise revenue from the richest.

And at this week's gathering of the World Bank and the International Monetary Fund, world leaders, including U.S. Treasury Secretary Janet Yellen, are going after the biggest pots of money of all. They want to raise more cash from global corporations.

Yellen on Monday urged the adoption of a minimum global corporate income tax to offset any issues stemming from U.S. President Joe Biden's plan to raise the U.S. corporate tax rate to 28 per cent from 21 per cent.

It's not a new idea. Back in 2014, a panel struck by the Organization for Economic Co-operation and Development thought they had it set with a plan to reverse the slide in government revenues from the world's biggest companies. When I wrote about it at the time in Fighting the corporate tax tricks that lead to inequality, OECD tax director Pascal Saint-Amans was confident change was imminent, as a new agreement kicked in by 2016.

The OECD was convinced it had global buy-in and that made it easy: "Because it's political," Saint-Amans said confidently in 2014. "When you have political support you find the technical solutions."

But by 2016, with the election of Donald Trump as U.S. president, that political consensus had collapsed and corporate tax revenue continued to slide. According to the upcoming book The World After, co-edited by Canadian scholar Jennifer Welsh, that window for change may have opened again.

Canada has been a supporter of the OECD plan and a spokesperson for Finance Minister Chrystia Freeland suggested Tuesday that Canada would support those proposing the minimum tax plan at this week's meeting.

"At this moment where governments have already asked their populations to do things out of the ordinary in the name of public health, they've also had to extend that logic ... into their post-pandemic recovery," said Welsh, after Yellen's statement on global minimum corporate tax rates.

There are two main barriers to raising taxes on global corporations. One is ideological. Some people are convinced that the best way to run an economy is to leave money in the hands of the rich and the big companies because they will use that money to make us all wealthier.

Critics of that idea point to the fact that as taxes on companies and the people who own them have shrunk in rich countries, so has the share of wealth going to the poor and middle class. During the years corporate tax rates have been falling, the rich have gotten richer compared to everyone else.

But the second barrier to raising taxes on big corporations is the same one faced by states like New York trying to tax their own wealthy people. The threat of higher taxes makes people move away to places where taxes are lower.

With a good tax accountant, you don't even have to move. All you have to do is make sure the beneficial owner, a legal corporation, officially resides in that low tax regime. Ireland, for example, offers corporate tax rates as low as 12.5 per per cent for companies that do business there. In order to earn revenue, countries compete in a race for the bottom.

What Yellen has proposed and has garnered support for from countries like Germany and France and institutions like the IMF is to agree to binding laws that would set corporate taxes at a minimum rate. While official corporate tax rates have declined — currently ranging between about 12 to 35 per cent in major economies — the planned provision would also crack down on various laws and deductions that make them even lower. In 2014, by claiming it was actually earning its money under Irish tax law,  Apple paid a tax rate estimated at 0.0005 per cent. 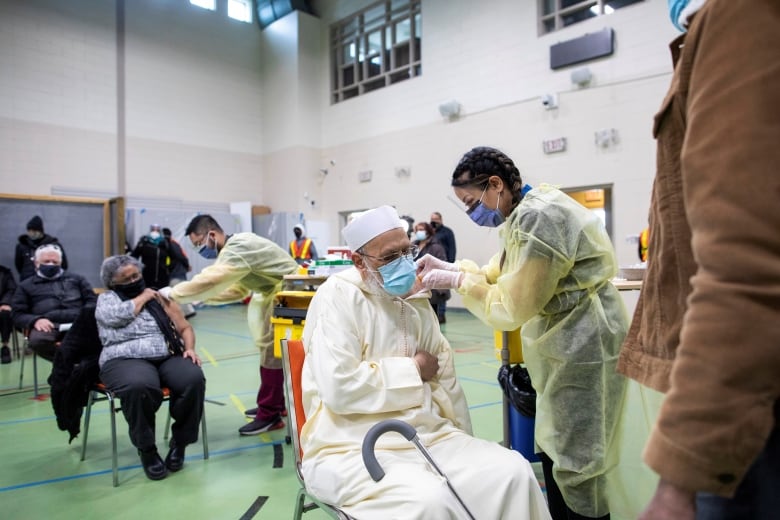 Coping with COVID-19 has been expensive, and a sense of crisis may give governments the latitude to agree on new tax rules for large corporations. (Carlos Osorio/Reuters)

Some of those loopholes have been patched but Welsh says the current crisis may allow for wider reforms, shaming low-tax countries and the companies that benefit from them into doing their share. That doesn't mean low tax regimes will give up their lucrative advantages without a struggle. Nor will lobbyists for large corporations necessarily cave in.

Canadian tax historian Shirley Tillotson and others told me last year that history has shown that times of crisis give governments more latitude to raise taxes. They said in a rich country like Canada there were plenty of  places to look for money, but once again political will and popular acceptance of change are crucial.

Welsh said The World After is a joint project between the University of Montreal and McGill University to present a series of ideas to exploit what they saw as a "sense of great possibility" that comes at a moment of crisis.

Yellen's proposal scheduled to be discussed this week could be part of a generational shift that Welsh and people like Buffett have been hoping for. But Welsh warns that periods of crisis can also lead to a urge for stability, a demand for tinkering rather than radical reform.

"Not all crises lead to transformative change," said Welsh. "It takes leadership. It takes the ability to have credible proposals that are dramatic, but could actually work."

The plan for minimum corporate taxes may fit that bill. 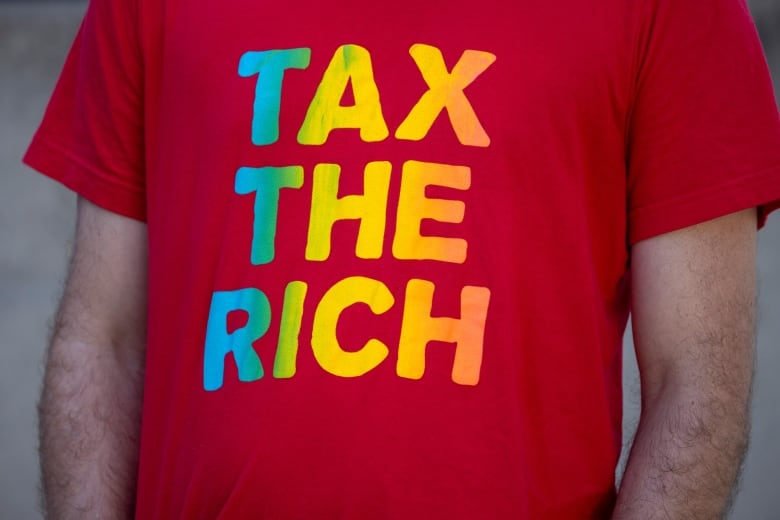 A demonstrator at a national day of resistance during the COVID-19 pandemic in Los Angeles last August. The current crisis might be an opportunity to push through tax reforms some have long been advocating for. (Mike Blake/Reuters)

Amazon Adapts ‘The Great British Bake Off’ In...

Mask-wearing requirements may be relaxed for...