Home /
Entertainment /
It Starts On The Page: Read A Key Script From Season 5 Of ‘The Expanse’

It Starts On The Page: Read A Key Script From Season 5 Of ‘The Expanse’

Amazon Studios’ sci-fi drama The Expanse has always been a fighter, and it is gearing up to go out with a bang based on the key Season 5 episode titled “Gaugamela,” the script of which serves as the latest entry in Deadline’s It Starts On the Page, our series that highlights the scripts that serve as the creative backbones of the now-underway TV awards season.

The scripts are all being submitted for Emmy consideration this year and have been selected using criteria that includes critical acclaim, a range of networks and platforms, and a mix of established and lesser-known shows.

In November, Amazon gave an early and final renewal for a Season 6 of The Expanse just ahead of its 10-episode Season 5 premiere. It set in motion an endgame to the Alcon-produced series, which is based on the bestselling book series by James S.A. Corey (the nom de plume of collaborators Daniel Abraham and Ty Franck). That the series got this far in itself was a bit of an adventure: Originally picked up by Syfy, The Expanse aired for three season before it was canceled in 2018. A massive Save Our Show campaign driven by the series’ passionate fanbase got Amazon’s attention, eventually resulting in a pickup and what will be three more seasons.

The Expanse is set in a future where humanity has colonized the solar system, and the people of Earth, Mars and the Asteroid Belt have long been in opposition. When the crew of the Rocinante uncovers an ancient alien technology, a vast conspiracy begins to emerge — one that will bring the solar system to the brink of war. That fight hits an apex in “Gaugamela,” when Marco Inaros (Keon Alexander) reveals his terrorist plot in engineering the assassination of a key character (no spoilers here) on Tycho Station. The episode, penned by executive producer/writer Dan Nowak and directed by Nick Gomez, sets up the showdown sure to come in Season 6. 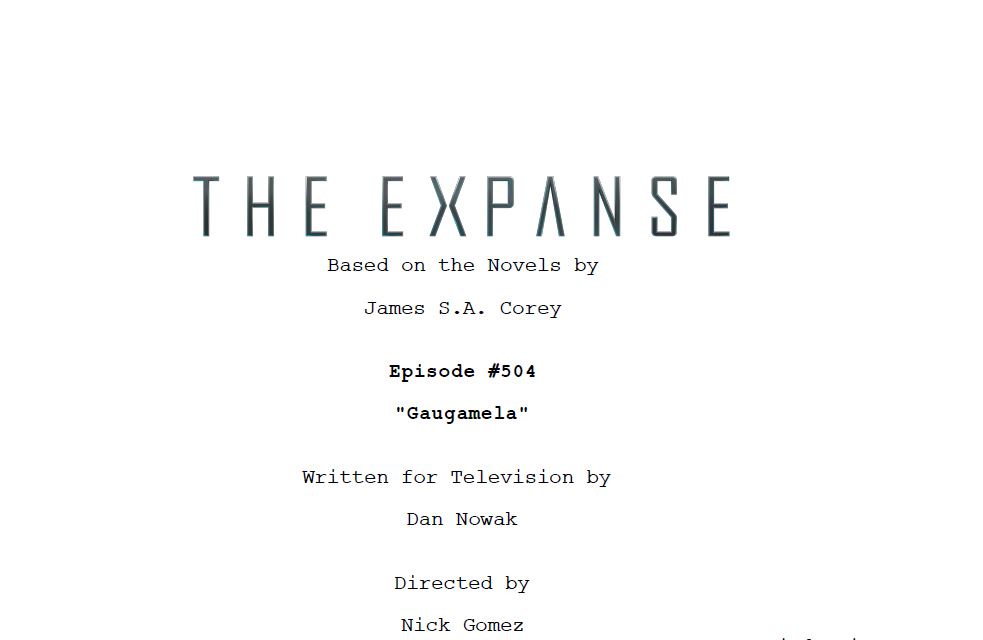