Keldon Johnson is an American professional basketball player. He is playing for the current team, San Antonio Spurs of the National Basketball Association (NBA). His playing position is a Small forward / Shooting guard. He played college basketball for the Kentucky Wildcats. He was selected with the 29th overall by the San Antonio Spurs in the 2019 NBA draft on 20th June 2019. He signed with the Spurs on July 1, 2019, and made his NBA debut on November 22, 2019, playing two minutes in a 115-104 loss to the Philadelphia 76ers. His jersey number is 3.

Keldon Johnson's breakout performance helped Team USA head to Japan on a high note. In his first game as an official member of the United States men’s basketball team for the Tokyo Olympics, Spurs swingman Keldon Johnson showed out in the team’s final exhibition game against Spain before heading overseas. With 15 points on 7-9 shooting, 3 rebounds, 2 steals, and one emphatic block, he helped lead the team’s 83-76 comeback win over the current world champions. Perhaps the only negative was he fouled out late (which in FIBA only requires 5 fouls). He was promoted from the Select Team to the official 12-man roster following Bradley Beal’s departure due to COVID-19. He had received much praise and from both the coaches and his teammates due to his hustle, positive attitude, and willingness to do the dirty work. As long as he stays healthy, the experience can only be a positive for his basketball career going forward. 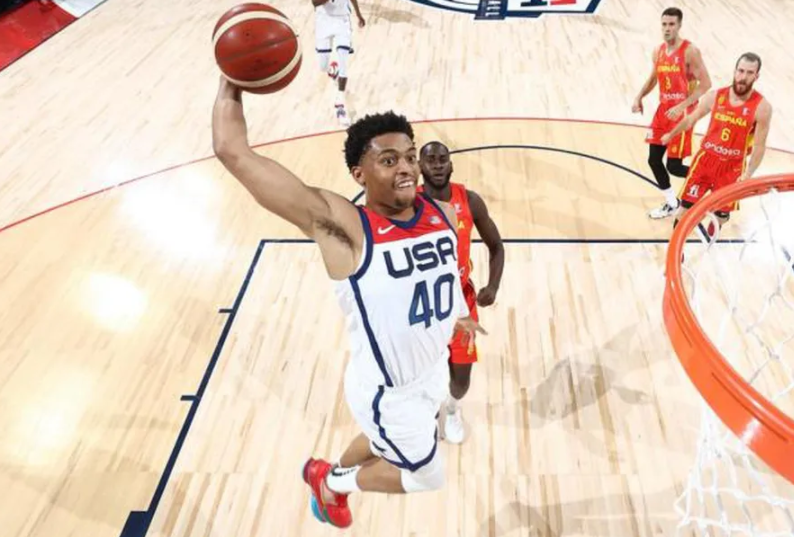 Where is Keldon Johnson From?

Keldon Johnson was born on 11th October 1999 which makes him the present age of 21 as of 2020. His birthplace is Chesterfield, Virginia, the USA where he spent his childhood. He holds American nationality and he belongs to a mixed ethnic background. His race is black. About his parents, he was born to his father, Chris Johnson, and his mother, Rochelle Johnson. He also has three siblings named Kyle Johnson, Kristyn Johnson, and Kaleb Johnson. His brother named Kaleb also played college basketball, for Georgetown University during 2015-2019, and was drafted 34th overall by the Austin Spurs in the January 2021 NBA G League draft.

About his education, Keldon attended Park View High School in South Hill, Virginia. Later, he attended Oak Hill Academy in the Mouth of Wilson, Virginia. He was rated as a five-star recruit and ranked as the 13th best player in the 2018 class by 247Sports.com. From the year 2018-2019, he attended the University of Kentucky where he played basketball, being joined by fellow recruits Immanuel Quickley, E. J. Montgomery, Ashton Hagans, and Tyler Herro. He averaged 13.5 points and 5.9 rebounds per game, shooting 46.1 percent from the field and 38.1 percent from behind the arc as a freshman. He scored 19 points in a win over top-ranked Tennessee on 16th February 2019. Following the season he declared for the NBA draft. He majored in undeclared/exploratory studies in agriculture during his college time.

How was the Professional Career of Keldon Johnson? 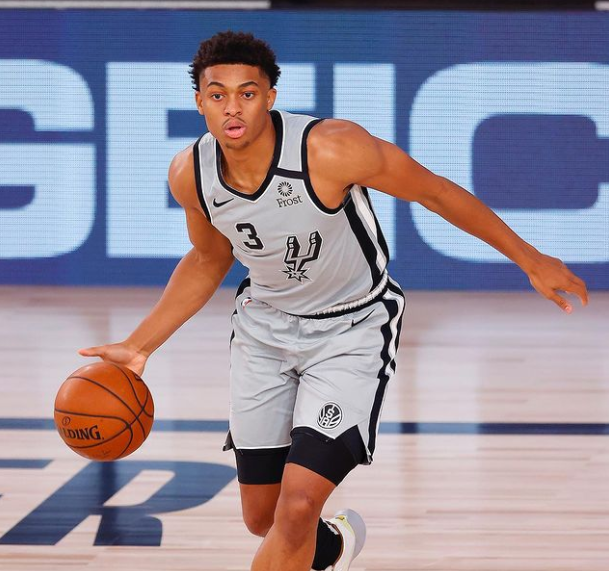 Who is Keldon Johnson Dating?

Keldon Johnson is not married yet and he is currently single. Thus, he has no girlfriend at present. He is focusing on his career as of now rather than being in a relationship. Furthermore, there is no news and rumors about his relationship, dating history, and past affairs with anyone. His sexual orientation is straight and he is not gay.

What is the Net Worth of Keldon Johnson?

How tall is Keldon Johnson?

Keldon Johnson is a very handsome man with an athletic body type. He has a tall and perfect height of 6 ft 7 in or 2.01 m. His balanced weight consists of 220 lb or 100 Kg. His other body measurements detail is unavailable at a moment. Overall, he has got a healthy body with a charming personality and attractive looks.