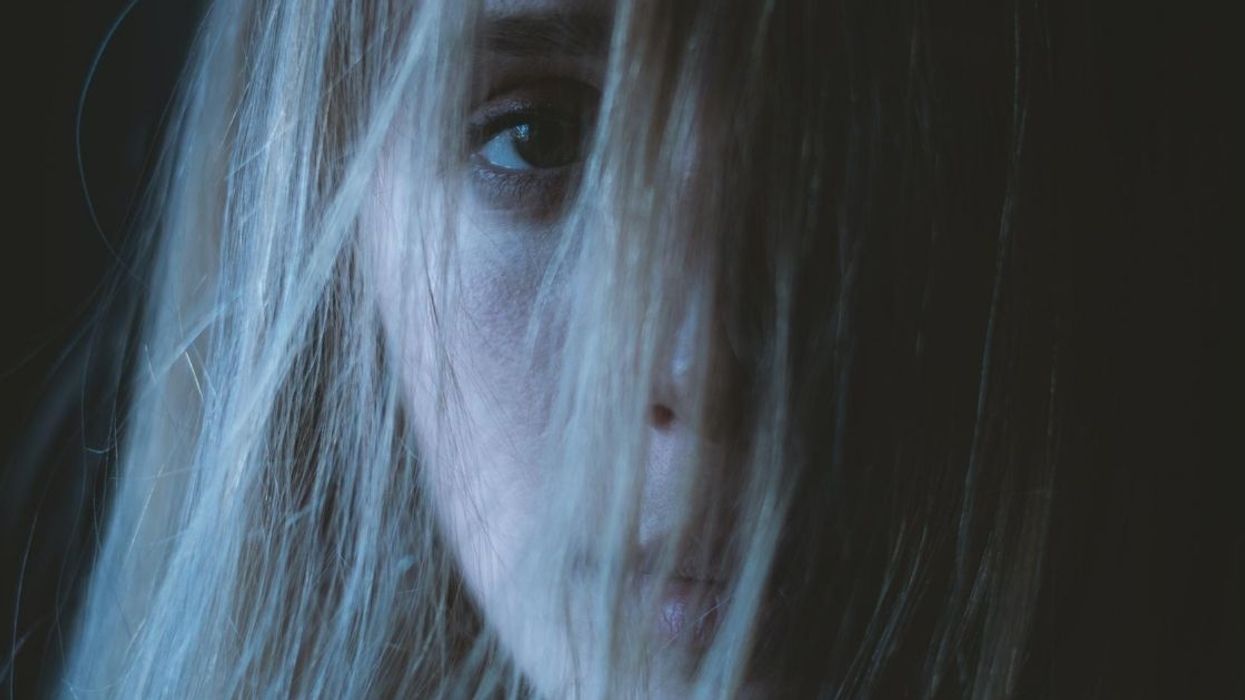 Two years ago, I got off the phone after an interview and cried my eyes out. I'd just spent an hour talking to Tim Ballard, the founder of Operation Underground Railroad, an organization that helps fight child sex trafficking, and I just couldn't take it.

Ballard told me about how the training to go undercover as a child predator nearly broke him. He told me an eerie story of a trafficker who could totally compartmentalize, showing Ballard photos of kids he had for sale, then switching gears to proudly show him a photo of his own daughter on her bicycle, just as any parent would. He told me about how lucrative child trafficking is—how a child can bring in three or four times as much as a female prostitute—and how Americans are the industry's biggest consumers.

But you know what he didn't mention in our hour-long conversation? Pizza, hot dogs, Hollywood elites, or any of the other child sex trafficking conspiracy theories raging around the internet. Not one of them. Not once.

You know who else doesn't mention any of those things? The organizations that have spent years and years battling child sex trafficking while most of us blissfully went along in our daily lives, largely oblivious to it.

No matter our political, religious, or ideological leanings, the unfathomable hideousness of child sex trafficking is something all of us should be able to agree on. But that doesn't make conspiracy theories about pizza parlors and Satanic pedophile rings palatable, or even remotely acceptable.

Did people learn nothing from the man who believed the Pizzagate conspiracy and fired his AR-15 inside of Comet Ping Pong in Washington D.C. because he believed a baseless pedophile ring conspiracy theory involving the pizza parlor?

There are still people who think that Pizzagate thing is real. (For those who have been blissfully spared from that lunacy, you can read about it here.) But that't not even the kookiest thing I've seen lately. There's a veritable laundry list of child sex trafficking posts going around, including:

- Oprah, Tom Hanks, Ellen Degeneres and other "Hollywood elites" have actually been arrested, and the pandemic is all a distraction to cover up the crackdown on these celebrities. (Fact check here. Oh and another one here.)

- Model and wife of John Legend, Chrissy Teigen, is a pedophile because she's tweeted a whole bunch about pizza and because she had a sardonic sense of humor about the sexualization of little kids on the show Toddlers & Tiaras back in 2013. (Fact check here and here.)

- Having children wear masks will make it easier for kids to be trafficked because no one can see the expression on the kids' faces or identify them. (As if child traffickers weren't already successfully trafficking kids without masks. Fact check here.)

- There's a concerted effort to make "age fluidity" a thing, and to make pedophilia an accepted sexual orientation. (There is one very small group called NAMBLA, which has been trying to abolish consent laws since the 1970s,, but claims that there's some kind of "movement" to normalize pedophilia as a legitimate sexual orientation is actually an effort to harm the LBGTQ+ community. Fact check here.)

- Obama and Clinton are satanic leaders of a global child-sex-trafficking cabal—which includes most Democrats and Hollywood, apparently—who feast on children's adrenal glands in order to increase their power. (Fact check here, although if you seriously need a fact check for this you are already too far gone, my friend. On a related note, this article about the parallels between QAnon and "alternate reality games" is suuuuper fascinating and explains a lot.)

- Obama spent $65,000 on a "hot dog" party, which is code or little boys and pedophilia. (You know what? I'm not even going to fact check this, because come on.)

And that's not even all of them.

Of course, there are some legitimate questions to be asked about how much involvement certain celebrities and politicians, including Bill Clinton and Donald Trump, had with known pedophile Jeffrey Epstein. Having watched a beloved figure like Bill Cosby fall from grace over sexual misconduct, we know what's possible. But none of those Epstein connections are a secret. It's all being reported on in the real news and has been since Epstein started being investigated. (There's also a lot of misinformation about who was involved with Epstein, and to what degree, and in what capacity, and none of these conspiracy theories are helping us get to the truth of the matter.)

The main problem is this: When you conflate the actual issue of child sex trafficking—which is absolutely real and serious and deserves our attention—with totally off-the-wall, debunked conspiracy theories, it causes people to put their energies in the wrong places.

The Polaris Project, a national organization that fights human trafficking, had to release a statement asking people to stop calling about Wayfair because it was overwhelming the National Human Trafficking Hotline.

"While Polaris treats all calls to the Trafficking Hotline seriously, the extreme volume of these contacts has made it more difficult for the Trafficking Hotline to provide support and attention to others who are in need of help," the group said in a July 20 press release. "We strongly encourage everyone to learn more about what human trafficking really looks like in most situations, and about how you can help fight trafficking in your own community."

What it often looks like is family member trafficking a child, such as Melody Cholish's story she recently shared with us. Sometimes it looks different, and you can find all kinds of stories and information about child trafficking from the many organizations that have worked for years on this issue, including Save the Children, Operation Underground Railroad, the Polaris Project, Love 146, and Stop the Traffik. (Please use those sites for "doing research" instead of Twitter or QAnon or YouTube or memes that come through your feed.)

As I mentioned, Tim Ballard didn't say a single thing about Hollywood elites or pizza parlor basements or adrenal-sucking rituals or anything of the sort in our hour-long conversation about child sex trafficking. And he's an expert on this topic. He's also a conservative Trump supporter. He's not peddling any of these conspiracies, and neither are any of the legitimate organizations that are working to end child trafficking. Not one.

Either every major organization working to end child sex trafficking is a part of The Big Evil Global Elite Pedo Ring Plot or people who spend too much time on social media are being taken by baseless, politically-driven nonsense that's probably being pumped out of some guy's basement. My money is on the latter.

Stick with the organizations that have been doing this work for decades. Get your information from them. Stop sharing crazy internet conspiracies simply because you want people to know you care about children, or because it justifies your hatred of people you see as your enemies. We can—and must—unite to fight child sex trafficking without resorting to insane, debunked rumors that muddy the waters and distract from the real problem.

"We’re lower than the world." Trump attempts to...

7 Why Jennifer Lawrence And Co. Should Make Another Hunger...