Remember when New York and Los Angeles use to post big figures for the opening of a specialty film at the box office?

Well, those days look to be coming back. 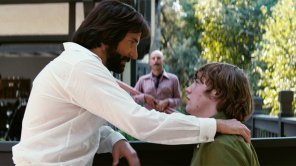 How is that? Well, when it comes to the top opening theater averages, many of those are comprised of multiple screens a theater, while Licorice Pizza is literally making its moola from four screens at the LA Regency Village, NYC’s Lincoln Square, Village East and Alamo Brooklyn. All of them are 70MM prints.

Anderson shot the movie, which showcases the frosh on-screen talents of indie rocker Alana Haim and Philip Seymour Hoffman’s son Cooper Hoffman, in 35MM but had the prints blown up. Anderson made the movie old school using physical film stock and lenses to achieve an authentic retro-look.

Licorice Pizza is loosely based on the teenage actor days of Tom Hanks’ producer Gary Goetzman, and follows a young actor’s pursuit of a girl in her early 20s as they try and launch a waterbed business together in the San Fernando Valley, and hang out with their friends. The title of the movie is named after an old record-store in the Valley which was a big hang for local teens. The movie also stars Sean Penn and Bradley Cooper.

The movie is booked at LA’s Regency Village for the next month, and it turned in the best gross at the venue in 25 years; Licorice Pizza reaping close to half of its weekend gross from that cinema.

According to studio polling, those who ordered Licorice Pizza had been waiting to see it for quite some time: Over 55% of the audience decided they were going to watch Anderson’s latest either a year or months ago. The 18-34 demo was enormous at 72% who gave it an 87% positive rating and 73% definite recommend.  Diversity demos were 70% Caucasian, 19% Hispanic and Latino, 3% Black and 8% Asian. Close to 70% of the audience were college graduates. Guys repped 66% of the audience.

UAR plans to sneak the movie in a few markets this coming weekend before going wide with it at Christmas.

UAR also had extra bragging rights in bringing adults back over Thanksgiving with Ridley Scott’s House of Gucci which opened to $21.8M over 5-days, the best opening for a drama film since 2019’s Little Women.

Of those arthouse titles expanding due to the holiday and seeing a boost in their ticket sales are A24’s C’mon, C’mon (+119%), Focus Features’ Belfast (+3%), and Sony Pictures Classics’ Julie Cohen-Betsy West documentary Julia (+126%). 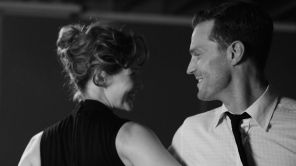 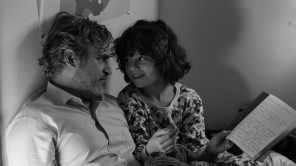 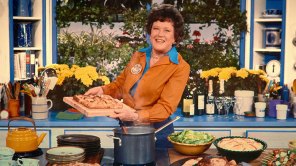 AMC and Sony will hand out NFTs to 'Spider-Man'...