Lusia Harris Dies: Pioneering Women’s Hoops Star And Subject Of Oscar-Shortlisted ‘The Queen Of Basketball’ Was 66

Lusia “Lucy” Harris, the pioneering women’s basketball player who became the first female to score a basket in the Olympics, one of the only women to be drafted into the NBA and later the first female collegiate player inducted in the National Basketball Hall of Fame, died unexpectedly Tuesday in her native Mississippi. She was 66.

The news, confirmed by her family, comes amid growing buzz for the Ben Proudfoot-directed short documentary about Harris titled The Queen of Basketball, which debuted at the Tribeca Film Festival and was recently shortlisted for the Oscars. 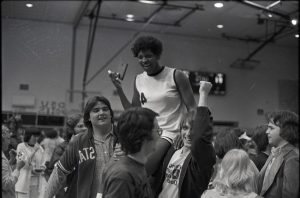 “The recent months brought Ms. Harris great joy, including the news of the upcoming wedding of her youngest son and the outpouring of recognition received by a recent documentary that brought worldwide attention to her story,” her family wrote in a statement today. “She will be remembered for her charity, for her achievements both on and off the court, and the light she brought to her community, the State of Mississippi, her country as the first woman ever to score a basket in the Olympics, and to women who play basketball around the world.”

The 6-foot-3 Harris played college basketball at Delta State from 1975-77, leading the school to three national championships and averaging 25.9 points and 14.5 rebounds. A three-time All-American, she become only the second woman drafted by an NBA team when the New Orleans Jazz picked her, this a year after she starred on Team USA at the 1976 Winter Olympics — the first year of Olympics women’s basketball competition. She scored the Games’ first bucket and the U.S. won the silver medal.

Harris turned down the NBA to concentrate on raising a family, and she became the basketball coach at her high school alma mater. In The Queen of Basketball, she is open about experiencing mental health challenges at times as an adult, a condition diagnosed as bipolar disorder. 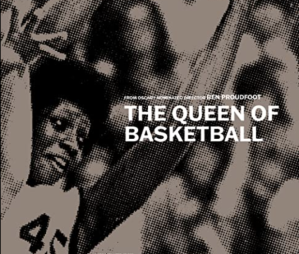 The film, part of the New York Times Op-docs series, rightfully put her career back in the spotlight. It premiered at the Tribeca Film Festival and was shortlisted for the Oscar last month. “One of the greatest basketball players of her time, male or female,” Proudfoot told Deadline in a recent interview. “She was absolutely preeminent. She was absolutely extraordinary.”

Shaquille O’Neal was one of those who saw The Queen of Basketball and afterwards approached Proudfoot about becoming an executive producer on the film.

“When I saw it, it kind of made me cry,” Shaq told Deadline. “I said to myself, ‘I got to do whatever it takes to bring this story to the world…’ I want to see Lusia on the Oscars, the red carpet, want to see this woman get her shot. I want her to have that moment where she gets to talk to an even bigger audience, to be able to inspire the future generations.”

The family said details of a memorial service will follow.