Amazon’s serving up a new round of high fashion looks as Making The Cut comes back for season 2.

The fashion competition show, hosted by Heidi Klum and Tim Gunn, will return to for its sophomore season in the summer. Making The Cut season 2 is filmed in Los Angeles and will feature world-famous supermodel Winnie Harlow and revered designer and Moschino Creative Director Jeremy Scott as judges, with additional judges set to make cameos throughout the season. 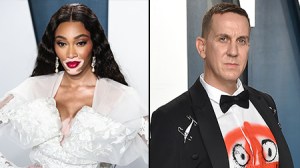 Winnie Harlow and Jeremy Scott will serve as judges for ‘Making The Cut’ Season 2. Mega

Joining season two of Making The Cut is a diverse group of 10 talented entrepreneurs and designers from around the world, who are ready to take their emerging brands to the next level and become the newest global phenomenon. The winner of the series will receive $1 million to invest in their business, the opportunity to create an exclusive line available in Amazon Fashion’s store, and a mentorship with Amazon Fashion.

The series is executive produced by Sara Rea, Page Feldman, Heidi Klum, Tim Gunn, and Jennifer Love and is produced by Hello Sunshine and Amazon Studios.

10 101 Funny Tweets About Autocorrect And Its Tendency To Fail