Yeah, he's not directing an Avengers movie any time soon...

JOE's resident chief film critic Rory Cashin is currently rubbing shoulders with the stars over at the 63rd BFI London Film Festival, and it seems the big names are in high spirits.

Alongside actors Robert De Niro and Al Pacino, Scorsese held court for a Q&A with journalists on Sunday, talking up his latest work, its lengthy running time, the decision to partner up with Netflix, and a whole lot more.

Without much in the way of prompting, he once again passed comment on the state of the Marvel Cinematic Universe, having previously ruffled some feathers upon suggesting that the MCU is "not cinema" and more akin to fairground attractions.

Robert Downey Jr. was just one of many people who were moved to respond as Twitter in particular threatened to melt down. Marvel fans take their beloved movies and characters quite seriously, you see.

It has, of course, been argued, that a man with the body of work that Scorsese can boast is perfectly entitled to his opinion, and that it's hardly the most damning critique of all time. If he's feeling any backlash, he certainly wasn't showing it on Sunday, that's for sure.

Reflecting on the state of modern cinema, new technology and whether or not narrative films are given the respect that they once were, even from a basic filmmaking and presenting it to the audience perspective, Scorsese acknowledged that he is working in very different times.

"Something that should always be protected as much as possible and will always be there is a communal experience, and I think that's best in a theatre," he noted.

"Now, homes are becoming theatres, too. It's a major change and I think one has to keep an open mind. There is no doubt that seeing a film with an audience is really, really important.

"There is a problem, though, in that you have to make the film. [We've] run out of room, in a sense. There is no room for us to make this picture. For many different reasons, I guess." 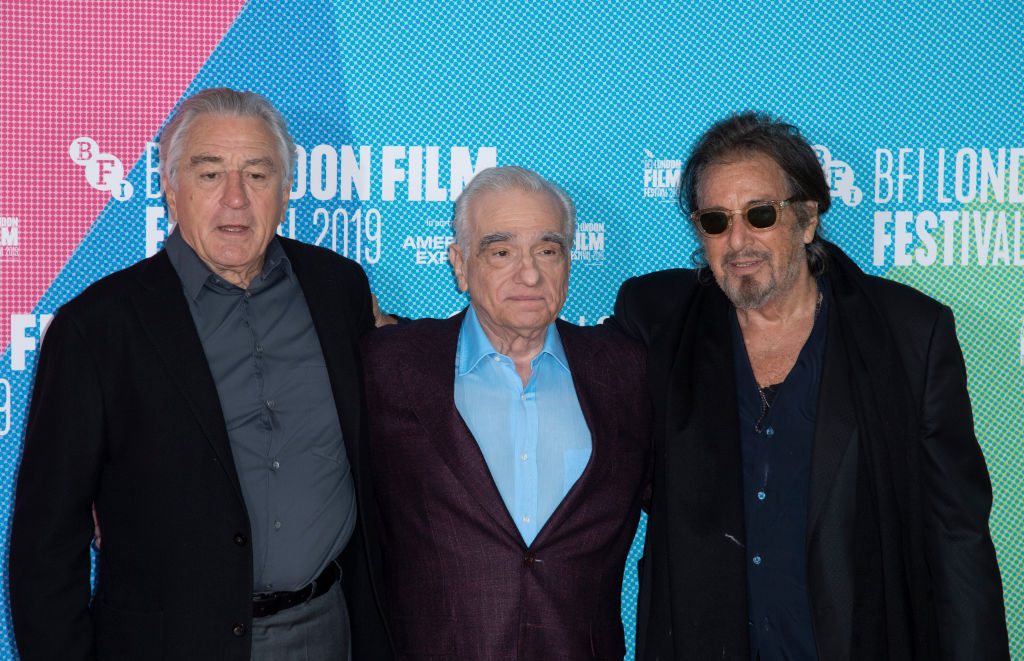 The 76-year-old went on to highlight financial concerns of studios who balked at the idea of CGI de-ageing, arguing that Scorsese should just cast younger actors.

After describing a back-and-forth thought process that led to the use of CGI - Scorsese contends that the practice is just an evolution of make-up for actors - he spoke of the "trade-off" with Netflix that gave him full creative control, so long as The Irishman would mostly be available via their streaming platform following a brief theatrical run.

From there, he would revisit his recent Marvel comments, seemingly trying to lessen the damage done with a rational explanation of how entertainment has changed, but arguably making it worse...

"What streaming means and how that's going to define a new form of cinema, I'm not sure," admitted Scorsese.

"I thought for a while maybe long-form TV is cinema; it's not. It simply isn't. It's a different viewing experience... a different kind of thing. What has to be protected is the singular experience of experiencing a picture, ideally with an audience.

"But there's room for so many others now, and so many other ways, and there's going to be crossovers, completely. The value? How do you [take] the value of a film that's a theme park film, for example, the Marvel pictures where the theatres become amusement parks - that's a different experience.

"We need the theatre owners to step up for that, to allow theatres to show films that are narrative films. A narrative film can be one long take for three hours, too, you know. It doesn't have to be a conventional beginning, middle and end."

Keep an eye on JOE for further coverage from the London Film Festival on the likes of The Irishman, Bruce Springsteen's Western Stars documentary, and more coming soon...

Megan Fox Shares Rare Photos of Her 3 Kids with...

Cardinal who founded the precursor to UCD has...

Will Legends Of Tomorrow’s Constantine Survive His Bloody Cliffhanger? Here’s What The Comics Tell Us

3 Today's Love Horoscopes For All Zodiac Signs On...

7 “We Are Going To Be The Best”: How Newly Launched TalentX...