Matt Lucas has announced that he is releasing a Christmas charity single.

The comedian, 46, will release a special self-penned track on Thursday November 26th, titled ‘Merry Christmas, Baked Potato’, with all proceeds going to FareShare, to help fight hunger and tackle food waste, after he was inspired by Marcus Rashford.

Matt admitted that, in addition to raising much needed funds for the charity, he hopes to put a smile on faces as he enthused: ‘Santa Baked Potato’s on his way!’ 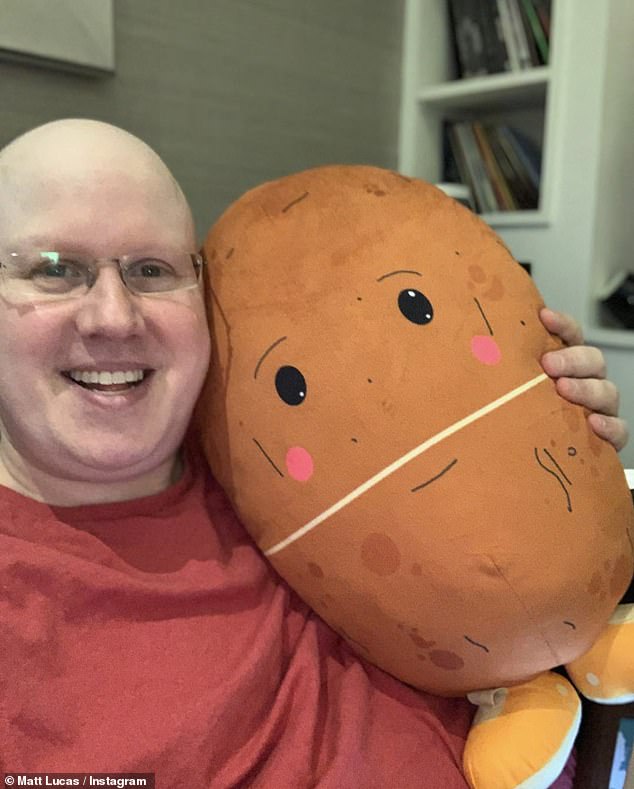 Santa Baked Potato’s on his way! Matt Lucas has announced that he is releasing a Christmas charity single titled ‘Merry Christmas, Baked Potato’, with all proceeds going to FareShare

‘Merry Christmas, Baked Potato’ – was inspired by Matts his book of the same name – and was produced by Tony-nominated Kevan Frost.

Announcing the news on Monday morning, Matt tweeted: ‘Hello! My special Christmas single ‘Merry Christmas, Baked Potato’ is released THIS THURSDAY and all proceeds from downloads are going to support FareShare! Potato-Ho-Ho!’

Speaking about the upcoming release, the Bake Off host said: ‘Santa Baked Potato’s on his way! I hope my silly song will put a smile on your face.

”Thank You Baked Potato’ was released in aid of FeedNHS at a time when the supermarket shelves were empty and restaurants and cafes were closed. 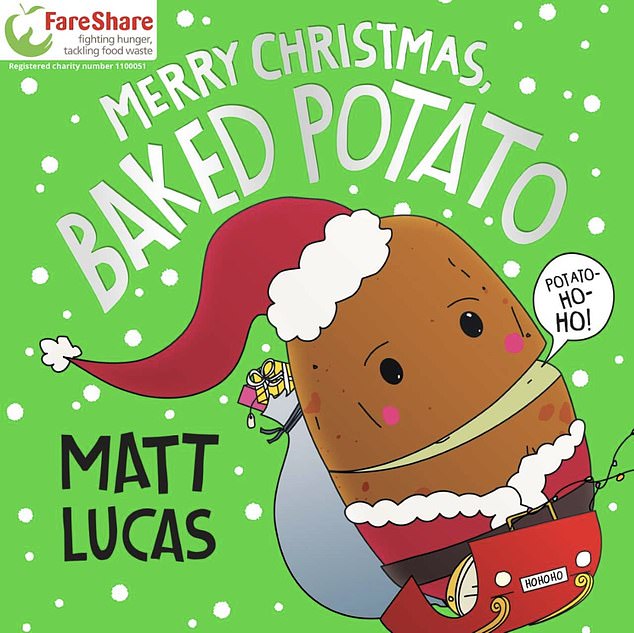 Double dose of goodness: Matt admitted that, in addition to raising much needed funds for the charity, he hopes to put a smile on faces as he enthused: ‘Santa Baked Potato’s on his way!’

‘Now that that situation has been largely remedied, I have the opportunity – with my follow-up single ‘Merry Christmas, Baked Potato’ – to raise some money for another cause.

‘Like so many people I’ve been incredibly inspired by Marcus Rashford’s campaigning for FareShare, so all profits from downloads of the single and streaming revenue will go to the charity.

‘I also hope the song will bring a bit of a bounce in what is sure to be a challenging Christmas.

‘All that I ask for in return is that Marcus Rashford doesn’t score against Arsenal ever again. Thank you.’

‘We know how much Matt’s earlier song this year helped FeedNHS. Sadly, as a food charity, we have seen demand for food skyrocket this year and the sales from this song this Christmas will help us keep supporting those in need, all across the UK.’

The song, originally performed nearly 20 years ago on the BBC panel show ‘Shooting Stars’, was rewritten by Matt to include key messages about how to avoid spreading and catching Covid-19, and urging people to stay at home amid the coronavirus outbreak.

The single reached No.1 on the iTunes chart and also hit No.1 on the UK Official Streaming & Download Chart. 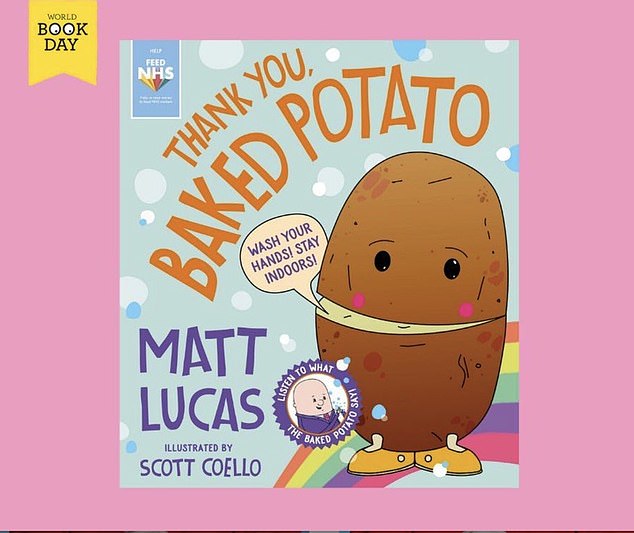 Charitable: Matt has released baked potato-themed books and singles to raise money for food charities during the coronavirus pandemic

FareShare is the UK’s national network of charitable food redistributors, made up of 18 independent organisations.

Together, they take good quality surplus food from right across the food industry and get it to almost 11,000 frontline charities and community groups.

The food they redistribute is nutritious, in-date and good to eat. It reaches charities across the UK, including school breakfast clubs, older people’s lunch clubs, homeless shelters, and community cafes.

Every week FareShare provides enough food to create over a million meals for vulnerable people.

Idris Elba takes a stroll in Sydney while...

Michelle Mone begins the countdown to her...