Meng Wanzhou back in court to argue U.S. misled Canada in extradition case

Meng Wanzhou will appear in B.C. Supreme Court early Monday as her lawyers launch an attack on the underlying record of the U.S. case for extradition of the Huawei executive.

According to documents filed ahead of this week's hearing, the defence team will argue that, in their attempts to convince a Canadian judge to render Meng to New York, American officials omitted facts that undermine charges of fraud and conspiracy against their client.

Meng's lawyers hope to convince the judge overseeing the extradition proceedings that the allegations against U.S. officials not only have an "air of reality" about them — but that if proven, the abuse of process might warrant tossing the high-profile case.

"The [United States'] material misstatements and omissions of the core facts disentitle it to the assistance of this court," the defence team said in an application filed during the summer.

"Only a stay will vindicate the principles of fundamental justice."

The arguments about the record of the case are one of three lines of attack the defence team is taking to try to scuttle extradition proceedings against Meng, Huawei's chief financial officer.

Hearings have been set for February 2021 on the other two alleged abuses of process, which centre on politicization of the case and alleged violations of her rights at the time of arrest. 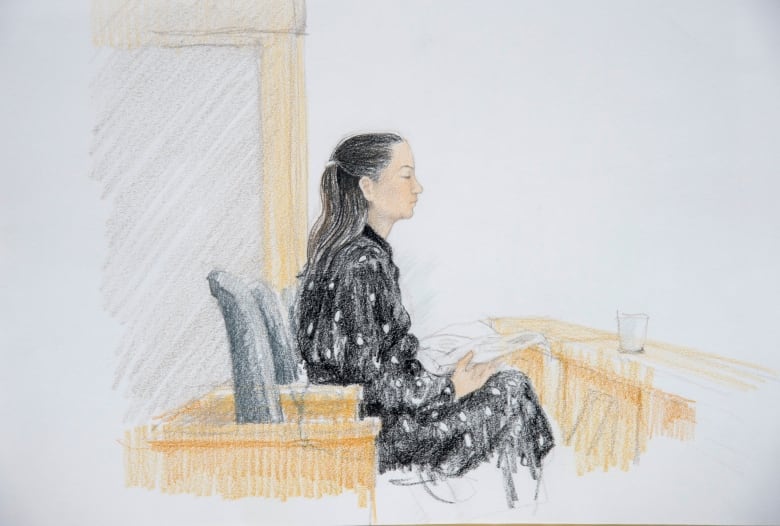 Meng Wanzhou, chief financial officer of Huawei, is pictured in B.C. Supreme Court in Vancouver last January in this court sketch. She will be back in front of a judge this week. (Jane Wolsak/Canadian Press)

The purpose of this week's proceedings is for Associate Chief Justice Heather Holmes to decide if concerns about the evidence reach the same threshold for consideration.

Meng was arrested at Vancouver's airport on Dec. 1, 2018 on what was supposed to be a stopover from Hong Kong to Mexico City.

The 48-year-old is accused of lying to an HSBC executive in August 2013 about Huawei's control of SkyCom, a company alleged to have violated U.S. economic sanctions against Iran.

Prosecutors claim Meng gave a PowerPoint in which she assured the banker that Huawei was not in control of SkyCom, when in fact, the company would prove to be a subsidiary.

The Crown claims HSBC relied on Meng's lies in order to decide to keep financing Huawei — which put the bank at risk of loss and prosecution for violating the same sanctions as SkyCom.

'Not supported by past U.S. government practice'

In a key victory for the prosecution in May, Holmes found that Meng's alleged actions — had they occurred in Canada — would be considered a crime.

But Meng lawyers claim that in presenting the case to Canada, U.S. prosecutors left out key slides from the PowerPoint which show that she didn't mislead HSBC about either SkyCom's operations in Iran or Huawei's relationship with SkyCom.

They claim senior executives at HSBC knew about Huawei's true relationship with SkyCom, not just "junior" employees, as described in the record of the case.

They say prosecutors failed to mention that HSBC didn't have to use the American banking system to clear financial transactions related to the companies — meaning no sanctions would be violated. 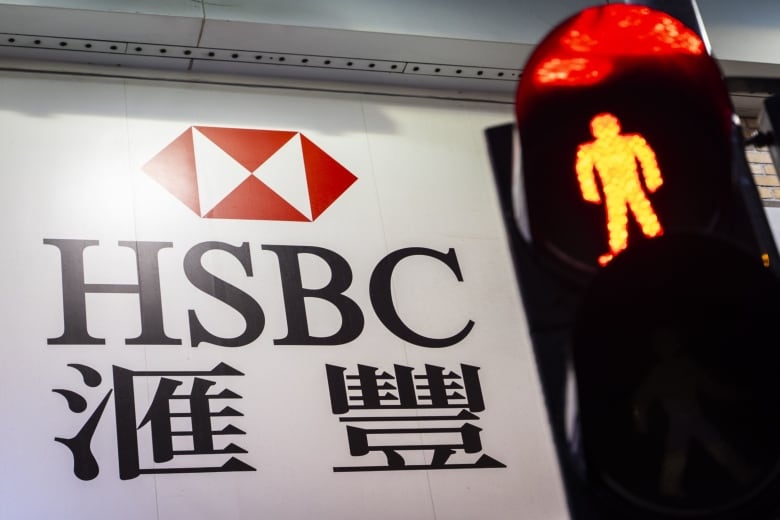 Meng Wanzhou is accused of lying to an HSBC executive in August 2013. But her lawyers claim the U.S. has omitted key facts that undermine the strength of the case against her. (Chan Long Hei/Bloomberg)

The defence team wants to enter as evidence an affidavit from John Bellinger, a former counsel to the George W. Bush White House, who claims the U.S. has never imposed civil or criminals penalties on a bank for breaking sanctions after being misled by a customer.

"Any assertion that Ms. Meng's alleged misrepresentations would have put the bank in legal jeopardy for sanctions violations is not supported by past U.S. government practice."

'Actual trial of evidence is not in question'

In court documents, Meng's lawyers point to a 2003 case in which a B.C. Supreme Court judge stayed proceedings when the United Kingdom sought a Victoria man for extradition in relation to an alleged conspiracy involving the sale of rare coins.

In that case, the man's defence determined that one of the chief witnesses had absconded, another had died, and prosecutors didn't actually know if another was available.

In granting a stay, the judge said it would be "unsafe" to rely on the record of the case.

"Where the conduct of a foreign certifying authority falls so far below and expected reasonable standard to amount to a complete failure of due diligence, this impacts on the fairness of the extradition process," wrote Justice Sunni Stromberg-Stein.

The Crown's reply to the defence arguments has yet to be released to the public. 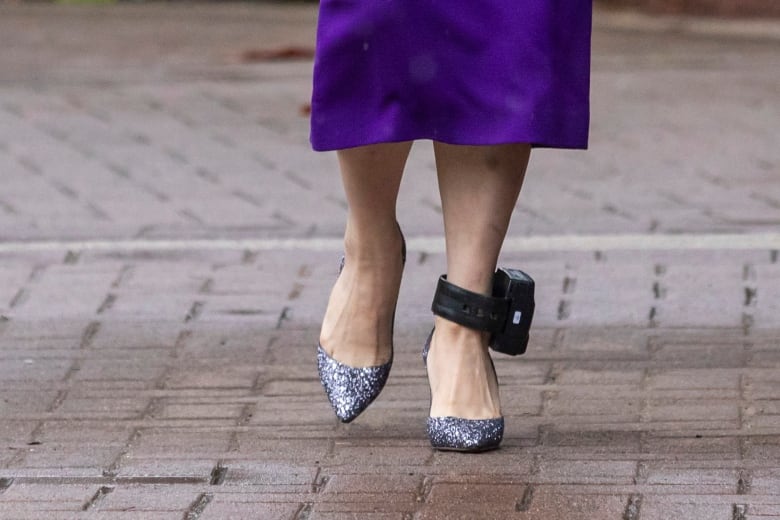 Meng Wanzhou sports Jimmy Choo pumps and a GPS ankle monitor. She lives under a form of house arrest that sees her trailed by guards around the clock. (Ben Nelms/CBC)

But Vancouver-based lawyer Gary Botting, who wrote a book on Canadian extradition law, says he doesn't expect the defence to succeed.

Botting says courts have held that "the record of the case is presumptively reliable."

"Everything is aimed at seeing this as a pre-trial patent process that doesn't really result in a trial," he said. "So the actual trial of evidence is not in question."

If anything, Botting expects the Crown to buttress its case with new allegations contained in stories from Reuters this summer that claimed internal documents obtained by the news agency showed that Huawei had acted to cover up its relationship with SkyCom after Reuters first reported on the relationship between the two companies.

Meng has denied the allegations against her. A decision isn't expected on extradition until at least mid-2021.

2 ‘Borat’ Tit For Tat With Donald Trump Continues With...

6 Brad Pitt Celebrates Joe Biden As “President For All...

8 Unemployment: New Stimulus Is Close, But Unlikely To...