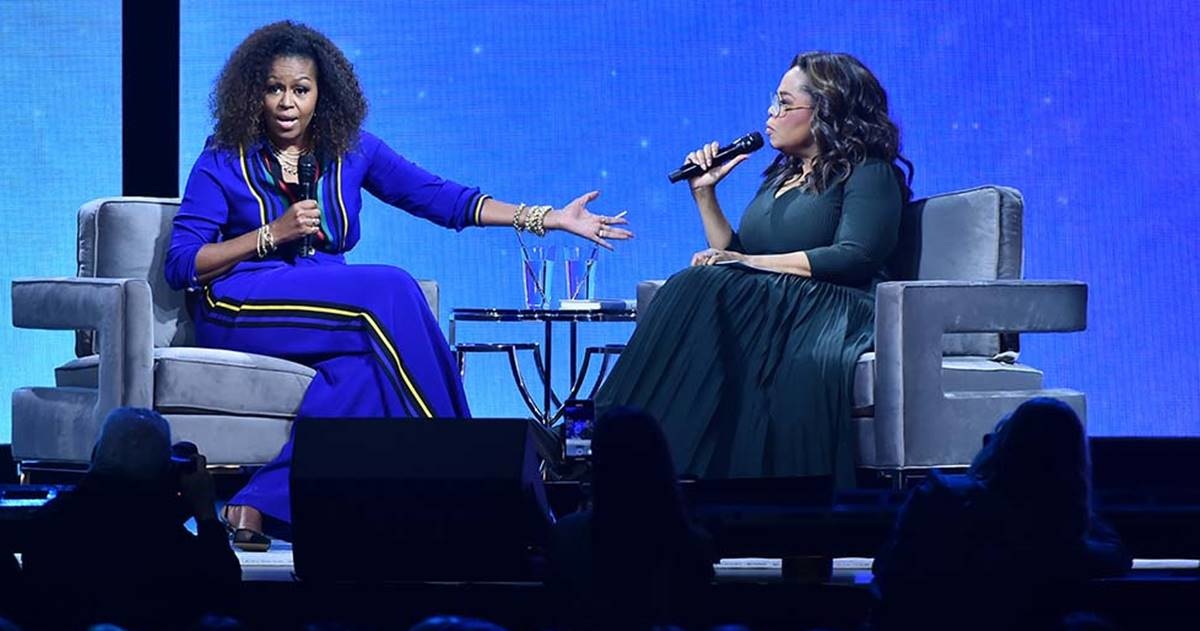 The Obama family has been a big part of the American cultural fabric for over a decade and a half. We seen them mature as a couple and their children grow from elementary school kids to college students.

Where has all the time gone?

Malia Obama is now her third year at Harvard University and Sasha just started at the University of Michigan last fall.

So now the Obamas are entering another phase of their marriage: empty-nesters. How are they handling this new phase of life? Michelle Obama sat down with Oprah Winfrey in Brooklyn, New York, as part of Oprah's 2020 Vision: Your Life In Focus tour, and told her all about their new life.


When Oprah asked Michelle what it's like to be empty-nesters, she replied with an emphatic, "It is so good, y'all!"

"Parenting takes up a lot of emotional space," she continued. "I put a lot of time and energy into parenting these girls but right now we are trying to make their lives normal — so that means weekends were a pain," she said.

Raising teenagers while living in the White House was no easy task for Barack and Michelle.

"Because you had to worry about what parties they were going to, whether there was alcohol, who was doing what, I had to know who the parents were. So you're trying to do that as first lady, every weekend for me was hard," the mom of two explained.

Oprah then asked if the couple has more time for one another with both girls off to college.

"We have more emotional time, emotional energy," she said. "It's just me and him and [the family dogs] Bo and Sunny and dinner. And they don't talk, the dogs," she laughed.

Michelle was honest about the ups and downs of marriage.

"Marriage is hard and raising a family together is a hard thing. It takes a toll," she said. "But if you're with the person, if you know why you are with them, you understand that there was a friendship and a foundation there—it may feel like it goes away during some of those hard times, but it's something that we always come back to. And we're coming back to that point where we see each other again."

The Obamas have gone through a lot over the years, having spent a huge part of their marriage living in the White House as president and first lady. But according to Michelle, they're still the same people they were when they met back in 1989.

"We went through a tough time," she said of their time in the White House. "We did some hard things together. And now we're on the other end of it and I can look at him and I still recognize my husband."

After nearly 28 years together, she believes that Barack has held up his end of the deal.

"He's still the man that I fell in love, with who I value and I respect and I trust. ... He has been who he promised he would be to me," she said.

Who Is Mya's Husband? Singer Secretly Gets...

7 Someone On Twitter Came Up With A Murder Mystery TV Show...